What is rheumatoid arthritis?

Rheumatoid arthritis is a chronic inflammatory disorder, which happens to affect more than just the joints. In a few cases of this medical condition, other parts of the body such as the skin, heart, lungs, blood vessels, and eyes are also affected.

It is also considered as an autoimmune disorder, wherein an individual's immune system erroneously starts attacking its own body tissues. This disease can affect the lining of the joints, which could then lead to painful swelling. This then eventually results in erosion of the bones or bone deformity. The inflammation can affect other parts of the body as well. The treatment options for rheumatoid arthritis have drastically improved over the years. However, severe cases of rheumatoid arthritis can lead to some forms of physical disability. 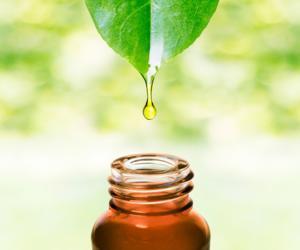 Nonsteroidal anti-inflammatory drugs are one of the most commonly used medications for the treatment of rheumatoid arthritis symptoms. They help in managing chronic pain as well as reducing inflammation and swelling. However, NSAIDs do not slow down or cure the condition. Hence, most people suffering from rheumatoid arthritis also take other medications to help prevent further damage to the joints.

NSAIDs, as previously mentioned, are among those several classes of drugs that are commonly used to treat symptoms such as pain and swelling. One should note that the use of NSAIDs would have no long-term effects on the joints. This is the reason why NSAIDs are considered to have an important supportive role.

NSAIDs are used to provide relief from acute pain and other symptoms of rheumatoid arthritis. Moreover, it serves as a bridge until DMARDs take their full effect. The various NSAIDs mentioned above are designed to provide fast relief from the symptoms of rheumatoid arthritis. However, one must ensure to only take the required dose of NSAIDs for a couple of weeks to achieve its anti-inflammatory effects on the symptoms.

NSAIDs block the body's COX enzymes to help reduce inflammation, pain, and stiffness. The effectiveness of the different types of NSAIDs differs from one patient to another. Research has shown that no particular NSAID would have a clear advantage over the other in terms of providing relief from the symptoms of rheumatoid arthritis. However, there are also differences among the various NSAIDs when it comes to their effects and gastrointestinal side effects.

Hence, one should first speak with a doctor with regards to which NSAIDs should be taken along with its appropriate dosage level. The doctor would first diagnose the condition and take into account various factors such as the history of NSAID usage, certain drugs to which one has responded to, and any side effects that have been experienced.

Note that one should not take two different types of NSAIDs at the same time. The doctor may want to try out a different type of NSAID to see if it works well in providing relief from the symptoms. The doctor would often start any medication at a full therapeutic dose, which is continued for about two weeks. Usually, it would take around 10-14 days for the drug to show its full effect in providing relief from pain and inflammation.

Below is a list of NSAIDs used to relieve the symptoms of rheumatoid arthritis:

Let's take a look at some of these NSAIDs more closely:

Naproxen is an NSAID, which works by reducing the hormones that can cause inflammation or pain in the body. This pain or inflammation can be due to a number of reasons such as arthritis or tendinitis. The extended-release tablets of this medicine are the slower forms of naproxen, which are mostly used to treat chronic conditions such as arthritis. These forms do not work fast to treat acute pain.

If you are allergic to aspirin and other forms of NSAIDs, then you should not use naproxen. This medicine is also known to increase the risk of stroke and heart attack. If you experience chest pain, shortness of breath, or vision problems, then you should immediately inform your doctor.

You should take this medication exactly as prescribed by the doctor. This medicine should not be taken for a longer duration or in higher dosages. If you have used this medication for a longer time, then you would need to have frequent checkups. Swallow the tablet as a whole and do not crush, chew, or break it. The liquid suspension should be measured before its consumption. Naproxen has received a modest response wherein users have mentioned that it is not a bad NSAID for pain relief.

Celecoxib is an NSAID that relieves pain due to arthritis or menstrual cramps. Celecoxib is also used in treating juvenile rheumatoid in children under 17 years old. However, this medicine has certain side effects, which include an increased risk of heart failure or stroke, especially if this medicine is used for a longer duration and in high doses. Celecoxib is also known to cause stomach problems or intestinal bleeding, which at times can prove fatal.

One should take this medication exactly as prescribed by the doctor. This medicine should not be taken for a longer time or in higher dosages. It can be taken with or without food. However, it is advisable to take it with food since it can lead to a stomach upset. To make swallowing of this medicine easier, one can open up the capsule and sprinkle the medicine into a spoonful of applesauce. Moreover, do not chew the capsule.

People have given good reviews about this medicine. Users have mentioned that it worked great and just one dosage reduced their pain and allowed them to move better. Most of its users have provided a positive feedback and mentioned that the use of Celebrex has led to an immediate relief from pain.

Ketoprofen is an NSAID used to relieve symptoms of arthritis and osteoarthritis. It can also be used to treat pain from menstrual cramps. However, ketoprofen can also increase the risk of heart failure or stroke. The risk increases if a person who already has a heart condition starts taking this medicine.

Ketoprofen is known to block certain substances that are linked to inflammation in the body. This medicine is known to treat only the symptoms arising from the disease and does not treat the disease itself. Ketoprofen should be consumed orally. You can take it with food if it causes stomach pain or discomfort.

Indomethacin is an NSAID used to treat various types of illnesses such as rheumatoid arthritis and ankylosing spondylitis. It also helps treat shoulder pain. However, indomethacin can put individuals at a higher risk of heart failure or stroke. It may also lead to stomach problems or intestinal bleeding. For this reason, one should always follow the doctor's prescription. This medicine should not be taken for longer than the recommended duration or in higher dosages. This medicine should also be swallowed whole.

Aspirin is one of the oldest NSAIDs, but due to its high rate of GI problems, the inconvenience of having multiple dosages on a daily basis has led to aspirin's use being replaced with other types of NSAIDs. Aspirin is used to treat mild to moderate levels of pain and inflammation. In some cases, it was also used to treat and prevent cases of heart attacks or chest pain. Moreover, individuals should not take aspirin if they have a bleeding disorder. This medication should not be given to children or teenagers with fever, flu, or chickenpox. This medicine can be ingested orally as a whole. It should not be crushed, chewed, or cut open.

Various types of NSAIDs are to be taken at different dosages, and the recommended dosage is always mentioned on the packaging label. However, how much should one take will depend on the severity of the disease and its symptoms. It also depends on how much one can tolerate the symptoms. Hence, one should speak with the doctor about which NSAID should be taken and its correct dosage.

Since NSAIDs are known to cause heart-related problems, one should use it cautiously. NSAIDs are only suitable for acute pain and not for chronic use. Once the symptoms have been controlled with the help of DMARDs, NSAID treatment should be discontinued.

The following are effective anti-inflammatory doses of some of the most common NSAIDs used for the treatment of rheumatoid arthritis:

Side Effects of NSAIDs

With the use of any type of medication, certain side effects come along. Below is a list of NSAID side effects:

There have been very few cases reported of people getting any serious side effects with the use of these drugs. However, those who have blood pressure problems should keep a close watch on their blood pressure level and let the doctor know if it goes up.

NSAIDs should be used with caution. If you have other underlying medical conditions such as kidney or liver disease, cardiac problems, diabetes, asthma, stomach ulcers, or high blood pressure, inform the doctor in advance. If you are taking certain kind of drugs, vitamins, or supplements, care should be taken since NSAIDs can also cause drug interactions.

NSAIDs are known to interact with blood thinners, lithium, and methotrexate. You should also inform your doctor if your body reacts to aspirin. NSAIDs are known to cause gastrointestinal problems on some people. Thus, those who experience GI problems can simultaneously take other drugs that would provide GI protection. Such medications include proton pump inhibitors.

What is causing my chronic back pain?

What conditions can be treated with acupuncture?

What are the symptoms of rheumatoid arthritis? 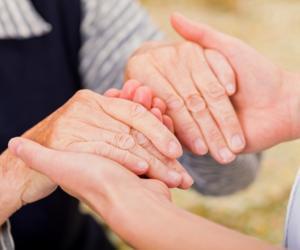 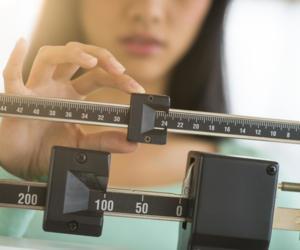 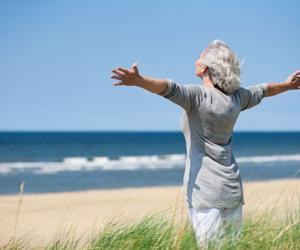 I have had neck pain for almost 3 weeks?

Why These Rheumatoid Arthritis Drugs Come with a Price