Orthopnea is due to an increase in the pressure of blood vessels in the lungs. When people lie down, blood flows from the legs back to the heart and lungs. Healthy individuals do not have any problems when it comes to the redistribution of blood. However, those who have heart problems, such as heart failure and other types of heart disease may have problems pumping extra blood out of the heart, leading to an increased pressure in the capillaries and veins inside the lungs. When this happens, fluid may leak out into the lungs, making it difficult to breathe.

Is a heart murmur caused by heart disease?

Have a question aboutOrthopnea?Ask a doctor now

In some cases, people experience orthopnea when they have a pulmonary disease, particularly when their lungs produce excessive amounts of mucus. Breathing becomes harder because it is more difficult for their lungs to clear mucus when they lie down.

The following underlying causes of orthopnea are considered serious:

Also commonly called as heart failure, this condition develops when the heart is unable to properly perform its function to keep up with the body's needs. Its most common symptoms are fatigue and shortness of breath. Although it can be managed by taking medications, surgery, and other types of procedures, the condition is serious with an accompanying risk of death within 5-10 years. Congestive heart failure is usually the end-stage result of heart problems like heart rhythm abnormalities and coronary artery disease.

Pulmonary congestion and pulmonary edema may also occur in people with congestive heart failure and cause shortness of breath. Some may even develop other symptoms, such as wheezing or coughing when lying down.

Asthma is a type of chronic lung disease that causes difficulty breathing along with other symptoms such as coughing, wheezing, chest tightness, and shortness of breath. The symptoms of asthma are primarily caused by the tightening of the airway muscles and constriction, including irritation, soreness, swelling, and inflammation of the airways in the lungs.

Orthopnea is also seen in females who have asthma and who are 60 years old and above. Shortness of breath in people with asthma also tend to get worse when they lie down, particularly at night.

COPD is an umbrella term used when describing chronic lung diseases that limit lung airflow. These lung diseases include chronic bronchitis and emphysema. COPD can cause coughing, wheezing, shortness of breath, and chest tightness. Orthopnea caused by COPD usually immediately starts after lying down unlike in heart failure.

When COPD is left undiagnosed and untreated, it can lead to worsening respiratory infections and heart problems, which may progressively lead to death.

Another serious cause of orthopnea is gastroesophageal reflux disease (GERD). In this condition, stomach acid flows back up to the tube that connects the mouth and stomach, causing symptoms of discomfort.

Shortness of breath that occurs with GERD happens because the stomach acid that flows back up into the esophagus can also enter the lungs and cause swelling of the airways. It usually happens during sleep and can lead to aspiration pneumonia or asthma reactions.

A variety of changes occur in the normal physiology of respiration due to obesity. These changes include a decreased lung volume, an increase in the depth of ventilation and an increased effort needed to create a normal rate of ventilation. When an obese person lies flat, he or she tends to experience shortness of breath.

Other life-threatening conditions that can cause orthopnea include:

Once your healthcare provider diagnoses the main cause of orthopnea, you may be treated using medications, devices, or surgery.

The following are some medications that can help relieve orthopnea in people with heart failure:

For people who have chronic obstructive pulmonary disease (COPD), treatment usually involves taking medications that help relax the airways and reduce lung inflammation. These medications include:

The outlook may depend on the type of condition that's causing the orthopnea, the severity of the condition, and how the condition is treated. Taking medications and other types of treatments are usually effective when it comes to relieving such symptom and other conditions that cause it, such as COPD and heart failure.

Can you live a normal life after a liver transplant?

Can you wear a retainer after tooth extraction?

How many days rest after dental implant?

More from FindATopDoc on Orthopnea 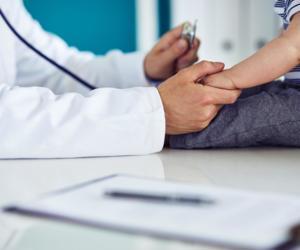 My dad is feeling breathless after his bypass. Could...

What temperature does a child need to go to the hospital?