One might avoid animal products for a number of reasons – dietary, medical, cultural, ethical, or religious beliefs. Many vegetarians, who eat or use animal products, for one or many of the above said reasons, are unaware of the fact that most drugs contain animal products. Many drugs contain gelatin, a product derived from animals. Gelatin may be used during the manufacturing process as a capsule shell, as a thickening agent in liquids, or as a coating for tablets.

Doctors often focus on the active ingredients of the drug and not on the added ingredients, like binders or fillers, sweetening agents, lubricants, or coating agents. In a survey, researchers collected data on the preferences of about 500 urology patients regarding their dietary preferences, restrictions, and willingness to take medicines containing animal products. Earlier studies have shown that many urology drugs contain gelatin. Out of the 500 people, 200 were vegetarians. Most of these people explained that they would prefer to have pills that do not contain animal products. 1 in 10 vegetarians said that presence of animal product in a drug does not matter.

Is a dairy allergy different from lactose intolerance?

Most of the participants did not even think of asking whether the drug contained any animal products. According to the study authors, doctors and pharmacists should be educated to ask people about the dietary preferences of the patients. If the patients have a strict dietary preference, they may not prefer to have gelatine-containing medications because most patients do not know that oral drugs contain gelatin. They feel that adopting the vegetarian symbol, as in food products, might be useful in drugs as well.

Connie Diekman, RD, director of university nutrition at Washington University in St. Louis, often counsel his patients to check the labels and ask the manufacturers for the presence of animal products in the drug. As some people have a preference about what they eat, everything that is consumed should be assessed on the basis of that.

Elizabeth Kavaler, MD, a urologist at Lenox Hill Hospital in New York City, had never discussed about the presence of animal products to her patients, but the findings of the present study are an eye opener for her. She feels that it is the doctors who should take up this discussion whenever the patient has a preference. Some of the medications have a vegetarian option, but they may be less effective or more expensive than the alternatives. Kavaler feels that unless there are more options, it becomes a matter of priority.

This Rare Disease Can Be Misdiagnosed as Rheumatoid...

My son has frequent nose bleeds. What should I do?

How much water should I drink in the summer?

More from FindATopDoc on Prescription Pills 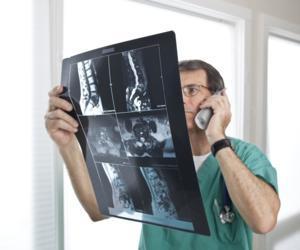 I recently recovered from a fractured finger. But after...

Why do my legs hurt when the weather changes?