Severe intestinal damage, painful digestion and bloating are a few of the symptoms known to accompany standard celiac disease. The autoimmune condition is hereditary, but eating foods or applying cosmetics that contain gluten can trigger the disease. Although there isn’t a cure, avoiding gluten completely will usually abate the symptoms and at least prevent any dangerous intestinal damage.

Digestive discomfort serves as a warning for this typical form, but unfortunately there is another type of celiac disease that also poses as a danger to the intestines, and often without the warning of stomach pain, and it may be not as intuitive to diagnose.

Dermatitis herpetiformis is a rarer type of celiac disease that affects only 15-25 percent of celiac patients overall. The National Institute of Diabetes and Digestive and Kidney Diseases under the U.S. Department of Health and Human Services describes DH as, “Intense itching. A burning sensation. Clusters of small blisters that persistently break out on the elbows, knees, buttocks, back, or scalp. These symptoms are the hallmarks of dermatitis herpetiformis (DH), a skin manifestation of celiac disease. DH affects 15 to 25 percent of people with celiac disease, and these people typically have no digestive symptoms of the disease” (NIH).

Because of the lack of upset stomach, skin issues caused by DH may masquerade as other dermalogical problems such as psoriasis. The bumps and blisters also resemble those caused by the herpes virus, which explains the name dermatitis herpetiformis. Fortunately, though, these skin problems have absolutely nothing to do with herpes.

How does a disease that usually has a severe effect on the intestines present itself primarily on the skin? It happens because IgA antibodies bind themselves to gluten in the bloodstream, which then travels all over the body and attracts the attention of the white blood cells. Together IgA and the white blood cells intend on destroying gluten, which they deem as a harmful substance, and their build-up causes the uncomfortable bumps and rashes on the surface of the skin.

To diagnose DH, a dermatologist must take a biopsy of skin next to an affected area. If a patient has the disease, the IgA build-up that results in the painful itchy blisters will be present all over the body.

A striking and disconcerting similarity between the two forms is that although a noticeable upset digestive system is usually not present in patients with DH, intestinal damage will mostly likely still occur with continued exposure to gluten. If the exposure and resulting damage is not stopped, the same dangers from the standard form of celiac may occur, including the increased risk of cancer due to constant inflammation. According to Healthline.com, “People with untreated DH and celiac disease may have a higher risk of intestinal cancer due to the constant inflammation in the intestines. Vitamin deficiencies and anemia may also be a problem if the intestines aren’t absorbing nutrients properly. Since DH is an autoimmune disease, researchers have found that it’s also associated with various other types of autoimmune diseases. These include hypothyroidism, vitiligo, type 1 diabetes mellitus, myasthenia gravis, Sjogren’s syndrome, and rheumatoid arthritis.”

If the patient completely abstains from gluten, prognosis for both types of celiac disease is very good. An antibiotic called Dapsone may help the skin issues from DH to heal, but the medicine has strong potential side effects, including anemia, muscle weakness, and liver problems. Unlike a gluten-free diet, Dapsone, or any similar medication, is usually not a treatment for the rest of the patient’s life, and will probably be used for just a year or two until the blisters can heal.

Effects of Iodine on Dermatitis Herpetiformis

As a patient tries to heal by strictly avoiding gluten, the obscure element iodine will probably not come to mind as anything worth noting. However, studies have proven that it can have negative effects on celiac disease.

John J. Zone, MD., from the University of Utah, says in an article by Janelle Smith, “There is little question that ingestion of large amounts of iodine dramatically worsens DH” (Smith).

Unlike gluten, however, celiac patients should not attempt to rid iodine from their diets altogether. Smith writes, “According to Dr. Zone, a low-iodine diet is not recommended for patients with DH, as small amounts of iodine found in vitamin pills are most foods are not a problem. Additionally, inadequate iodine intake can cause health problems like goiter and hypothyroidism” (Smith).

Smith does counsel that if a patient has absolutely abstained from gluten and still suffers from symptoms of celiac, they should ask their doctor if excessive iodine could be a potential factor.

Thyroid.org has issued a list of foods that contain an especially high amount of iodine. It includes soy, seafood, herbal supplements, vitamins, dairy, food dyes, iodized salt, eggs, some processed foods, and Blackstrap molasses. Again, celiac patients should not try to avoid iodine, but may want to be mindful of their intake.

A Guide for Foodies with Celiac Disease

More from FindATopDoc on Dermatitis Herpetiformis

My daughter has celiac disease, and is having trouble... 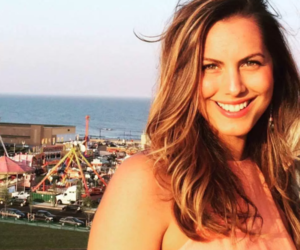 Be Inspired! How an Awesome College Graduate Manages... 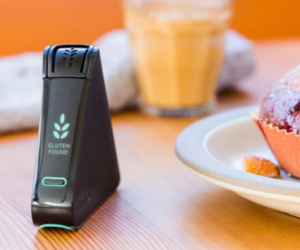 The Very Real and Deep Depression of Celiac Disease