The rate at which patients lose their life from lupus has become quite alarming, as they are either unaware of their symptoms or do not handle the disease properly. Similar to many other diseases, lupus can bring a financial burden for most patients when it comes to treatment, and if they do not have the right funds, they aren't able to get the right treatment and care for their disease.

Poverty is responsible for depriving many people their freedoms. According to the University of California, San Francisco, lupus patients who are in poverty are acquiring a higher level of damage than patients that are not living in poverty. 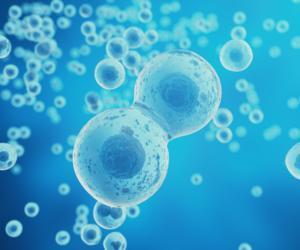 Altered Cell Protein Expression in Lupus May Be a Step...

How Does Poverty Affect Lupus Patients?

It is no doubt that poverty has a lot to do with the damages caused by the accumulation of lupus. This increases the risk of death and other acute effects. The fine line joining lupus and the socioeconomic status of the lupus patient has been a topic that has undergone a lot of research. Some other studies even stated how poverty had been the leading factor in other worse cases.

The research found a significant relationship between poverty and the amount of damage acquired from lupus. The study showed how patients are living in poverty acquire higher levels of damage than patients no living in poverty. This is basically because of the financial capability to pay the bills in treating lupus. However, there has been little or no study to address the reasons why poverty increases the death rates of lupus.

The University of California, San Francisco, researchers took data from the UCSF Lupus Outcomes Study that was carried out in 2009 to address the same issue.The information the researchers got were from interviews that even shed more light into the health of each patient. The poverty-and-outcomes analysis was carried out with 807 patients. The classification that a patient living at 125 percent below what the Federal government declared as the Federal Poverty Level in 2009, was the level the analysis used as the poverty level of the patient. Any patient whose household income was below 125 percent of the Federal Poverty Level was tagged as poor in the analysis.

In 2015, 71 of the 807 that were subjects of the study died. Out of this 71, 14 (12 percent) of them were poor, and 57 (88 percent) of them were not poor. The results were later adjusted for age, and poverty significantly doubled the patient’s risk of death. They made another adjustment for both age and the extent of the damage caused by lupus, and they observed that the connection between poverty and the higher risk of dying from lupus had reduced to nothing.

Some other variables such as overall health, gender, and amount of lupus damage had a very significant role in predicting death from the disease. It was also discovered that lupus affects women more than men. It was also discovered that the poor patients that died in 2015 live for about 14 years lower than the other set of patients. This indicated that the more damage the lupus disease causes, the more the possibility of death and early mortality. Therefore, preventing the accumulation of damages from lupus is one of the ways to reduce the patient’s risk of death. Although this might require adequate medical care, it is important to address the issue of preventing damages in relation the patient’s health. Stress accumulated from worrying about financial inadequacies should be minimized to avoid complications.

It was then concluded that helping the patients out of poverty is another good way of improving their condition. This was the best option as financial inabilities and stress accumulated from worrying are not the best for a patient with the lupus disease.

As a chronic autoimmune disease, lupus often damages many parts of the body that include joints, skin, and organs. Because it is chronic, the symptoms persist for more than 6 weeks, which can even be years if not properly managed. Lupus is associated with problems in the immune system. The immune system is responsible for fighting bacteria, germs, and viruses in the body. It produces antibodies, whose main function is to protect the body from the external invaders.

As it is not contagious, it cannot be given or taken from someone else. Researchers have uncovered various links to the disease, but it has yet to even have a cure. If symptoms of the disease continue, lupus patients would sometimes need a kidney transplant. This has happened recently to actress and singer Selena Gomez, who went public with her lupus experience in the previous months.

To solve the crisis within the poorer communities worldwide, we need to have more awareness on the disease. More awareness will lead to action, and perhaps, even a sound system of healthcare that poorer patients can also benefit from.

What to Expect When Significant Others Have Lupus

Why does lupus have a huge impact on the heart? 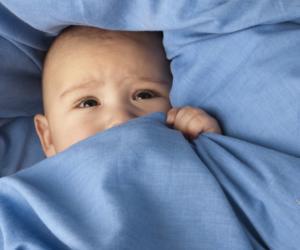 Autoimmunity and Infertility: An Eastern Approach to...

I have lupus. What can I do to manage the body pain?

Dating While Having Lupus

Why is it hard for me to breathe when laying on my side? Do my lupus have anything to do with it?

13 Things Everyone Should Understand About Lupus