Celiac disease is a type of autoimmune disease that interferes with the absorption of nutrients while also damaging the small intestines. People with this disease cannot tolerate gluten, which is a nutrient not only found in a lot of the food found in the supermarket, but also commonly used in different medications, stamp and envelope adhesives, beauty products and vitamins.

When an individual with celiac disease uses products or eats food that contains gluten, their immune system responds by destroying the villi in the small intestines. The disease also has a wide variety of symptoms that often mimic the symptoms of other diseases, which makes it hard for doctors to diagnose.

So far, the only recommended treatment for celiac disease is going on a strict gluten-free diet, however, this diet can bring many challenges for celiac patients. Their options are also very limited, and those with celiac have to be very careful in what they buy and consume.

The importance of a gluten-free diet with celiac disease patients

For many people, the benefits and advantages of gluten-free food translates to having a healthy lifestyle (which is why there is a growing trend for this disease). On the other hand, individuals with celiac disease find the benefits of this diet to be life-sustaining.

These products are vital to individuals who are struggling with this particular autoimmune and inflammatory disease. In celiac, the immune system cannot recognize the gluten within the consumed grain, which is why it attacks the intestine and causes severe damage to the villi. Individuals who are not aware that their bodies are sensitive to gluten may also be suffering from a loss in nutrients.

Because of the upsurge of those on gluten-free diets, food manufacturers have responded with developing products that are gluten-free. Even when there are a lot more options for patients than there were before, patients still have to worry about cross-contamination with these products. Also, gluten-free food is expensive. Many patients do not have the same access as others, which makes it even more difficult for patients who need to be on this diet for their well-being. But, what about those who are gluten-free and in need of Kosher gluten-free food? It may be a surprise to some, but there isn't much available for those in need of both, especially if they cannot afford it.

This is where Aaron Kredi comes in.

In 2007, Aaron Kredi, a Miami resident, was diagnosed with celiac disease when he was only seven years old. Since then, Kredi has spent several hours helping patients, mostly young children living in Florida, know the reasons why they should be on a gluten-free diet while having celiac disease.

Currently, Aaron is seventeen years old and a senior at American Heritage School. The teen is highly motivated to help those with celiac disease and who also depend on food banks in their communities. When working with the Jewish Community Services Kosher Food Bank, Aaron realized the very few options for celiac patients who are also Jewish, which led him helping Jewish celiac patients have more access to gluten-free food.

How Aaron Kredi started his mission

Aaron developed the interest in making gluten-free food more available when working with the Jewish Community Services (JSC) Kosher Food Bank and realized the limited options for Jewish celiac patients. After asking the food bank's management if he could make a section just for gluten-free food, he asked his friends and family to donate. He also created a fundraising page with the help of JSC Kosher Food Bank, where they collected money to buy kosher gluten-free food.

Aaron made it clear that results of a research done by CDC indicate that 1 in 100 people living in America has celiac disease. He continued to say that he came up with the idea of finding ways to come up with gluten-free foods after realizing that not many people can afford to buy them as they are generally expensive.

After his area was recently devastated by Hurricane Irma, many residents in South Florida were left without food. Aaron immediately went to work. He went door-to-door, making deliveries for both Holocaust and home-bound survivors because most couldn't make it to the market, or the food bank, to get what they need after the storm.

He also spent several hours with his friends restocking the shelves immediately before and after the storm to help. Aaron hopes to expand his project into many other national and local food banks that need it!

If anyone wants to donate or wants to learn more about Aaron's dedication in providing food for those who are in need, you can visit this website.

What causes the disease?

When a child develops celiac, his or her growth and development may be affected negatively due to malabsorption. It is also important to note that this disease has no cure. However, a patient can promote intestinal healing and manage other symptoms by abiding to a gluten-free diet.

Gut bacteria and gastrointestinal infections can also contribute to the development of this disease, and some of its triggers can include emotional stress, surgery, childbirth, viral infections and pregnancy. In Western countries, the rate of this disease is estimated to be around 1% of the population, and it is most commonly found in Caucasians.

What are the most common risk factors?

These are some of the risk factors for celiac disease:

Celiac Disease and Rice: Is It Gluten-Free? 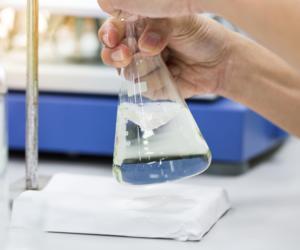 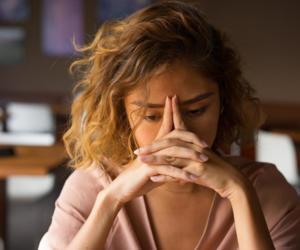 Celiac Disease: How to Manage Your Symptoms