Lillian Tarasiewicz was diagnosed with stage 3B Hodgkin lymphoma in October of 2015. She currently resides in South Carolina, but because of her father’s Pennsylvania background, she grew up with a love for hockey and for the Pittsburgh Penguins. She always felt a special connection to Mario Lemieux, a former professional ice hockey player and owner of the Pittsburgh Penguins. Lemieux himself was diagnosed with the same cancer as Tarasiewicz in the 90's, during the peak of his career.

After undergoing radiation therapy and missing a season, Lemieux returned to play for the Pittsburgh Penguins the very next year. Two years later, back when the Penguins were faced with financial turbulence, Lemieux negotiated a deal for partial ownership of the team in order to help it get out of bankruptcy. What was even more surprising to his fans when he came out of retirement to play with the team against the Toronto Maple Leafs. 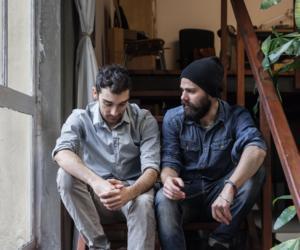 The dream of skating with her role model

Lillian had always looked up to Lemieux for being a cancer survivor and, thanks to the Make-a-Wish Foundation, she got to ice-skate with her role model around the skating rink at Heinz Field. “It was a great experience, and he is really down to earth, but he also inspires me a lot. I feel overwhelmed, but I have a lot of gratitude toward Lemieux for taking the time out of his schedule to spend some time with me,” said Lily.

Tarasiewicz and her family spent that weekend in Pittsburgh and they even attended a Coors Light NHL Stadium Series game. “He’s an inspiration to us as a family. When he had it, he could have stopped. He could have laid down and said, ‘Hey, this is it for me.’ But he didn’t. He kept going. He overcame it, and he’s cancer free. Same with Lily. When she got it, she said, ‘Mom, I’m going to beat this’,” said Melissa Tarasiewicz, Lily’s mother. Although Lily was hesitant about ice-skating, Lemieux stood by her side and gently steered her around the skating rink, not once letting go of her hands. “She was going back and forth about wanting to do it and not wanting to do it, and when we got into the locker room, she decided she wasn't comfortable,” said her mother. “Next thing you know, Lemieux is walking through the door of the locker room, and he said, 'C'mon Lily, we're going to go do this’,” she added. After undergoing 16 weeks of aggressive chemotherapy sessions and 14 rounds of radiation therapy, today Lily is cancer-free.

Establishment of the Mario Lemieux Foundation

After receiving a diagnosis of Hodgkin’s lymphoma, Lemieux’s own experience with cancer made him very aware of how delicate life actually is. So, he decided to establish the Mario Lemieux Foundation, a foundation dedicated to cancer research and quality patient care. Lemieux and his wife, Nathalie, have 4 healthy children together; however, their experience with their son, Austin, greatly impacted their lives. Austin was a premature baby and he had to spend a month and 11 days in the NICU. While looking after Austin, his mother and father realized that there was nothing to keep his sisters occupied, both of whom were tots at the time. “We had to leave the NICU after just 10 minutes because Austin’s sisters were too active. It was our first Mother’s Day with Austin and I was heartbroken. I cried the whole way home,” said Nathalie. It was at this point in their lives that Mario and Nathalie decided to introduce playrooms in healthcare institutions for families faced with the burden of extended hospital stays. The playrooms would allow the children to stay carefree and run around playing, all the while helping their families to focus on health, well-being, and recovery. So, the idea for Austin’s Playrooms was born.

As Austin’s Playrooms began to grow in popularity, Lemieux and his wife started to consider how the playrooms could also benefit the children of military men, including veterans and active duty warriors. They formed a partnership with the U.S. Navy and in 2011, the first Austin’s Military Playroom was donated in Bethesda, Maryland. “It’s my hope that this playroom provides comfort, warmth and happiness for these very special military families,” said Nathalie. The playroom’s overall triumph even led to the creation of two more military playrooms, one in North Carolina and one in California.

The Mario Lemieux Fantasy Hockey Camp: An opportunity to meet the players

In 2012, Lemieux introduced the Mario Lemieux Fantasy Hockey Camp, which offers campers the opportunity to meet Mario Lemieux and other great NHL players. The campers are split into 4 teams, each with an NHL team captain and head coach. Lemieux moves from team to team, giving each team a chance to play with or against him at least once. The games are held at both PPG Paints Area, which is the home of the Pittsburgh Penguins, as well as at the UPMC Lemieux Sports Complex, which is the practice facility of the Pittsburgh Penguins.

The Mario Lemieux Fantasy Hockey Camp is considered one of the biggest fundraising events led by the Foundation and it is actually the place where Lemieux and Tarasiewicz met. As of this year, some of the Fantasy Camp team highpoints include:

“I know there are many people who are not as fortunate as I am. That is why the Mario Lemieux Foundation continues to be important to me, and why I devote time to raising funds for the Foundation, so we can continue to support important cancer research and other worthy causes,” said Lemieux.

What to Ask the Doctor After Lymphoma Diagnosis: A... 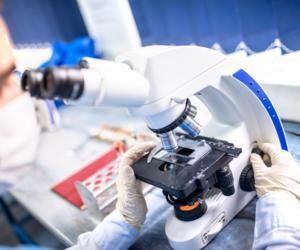 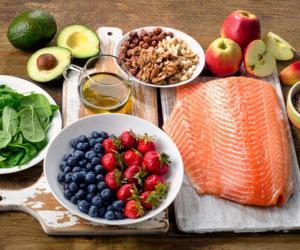 The Right Diet and Nutrition for Lymphoma Patients 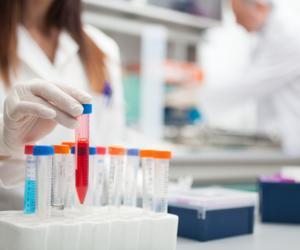