Researchers working on the benefits of laughter have found that both laughter and workout affect the appetite hormone the same way. “Having a good laugh and moderate exercise may provide similar benefits," says Lee Berk, DrPH, MPH, director of the molecular research laboratory at Loma Linda University in Loma Linda, California.

“But this does not mean that a person can build muscles by sitting and just laughing," warns Berk. He says that laughter, which is known to reduce stress and heart disease, may improve appetite in those who have lost it due to age or disability.  In others, laughter is known to improve the overall mental health of the person. 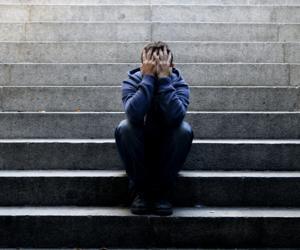 What Is the Difference Between Depression and Anxiety?

In one of his earlier studies, Berk had shown that laughter reduces the levels of stress hormones, cortisol and catecholamines, just like moderate exercise. Laughter is also associated with a decrease in the levels of cholesterol and blood pressure and is shown to improve the functioning of the immune system.

In the present study, researchers evaluated the effects of laughter on leptin and ghrelin, two appetite hormones. Appetite generally increases when the levels of leptin go down, while increasing levels of ghrelin causes an increase in appetite. “These effects are similar to that of moderate exercise”, says Berk. In this study, 14 healthy volunteers in the average age of 21 were shown 20-minute sessions of two different videos. One of the videos was humorous and participants were allowed to watch the video of their choice. They were also shown a graphic World War II movie which was quite stressful to watch.

The results showed that after viewing the funny videos, there was a 15% reduction in the amount of leptin in blood. After viewing the humorous video clip, there was a 9% increase in the levels of ghrelin. The hormone level did not show any major changes after viewing the movie. “The results do not show that laughter increases appetite, but repetitive laughter may produce a response similar to that of repetitive workouts," explains Berk. He hopes that the result may help people who have lost their appetite due to depression,  illness, or lack of physical activity.

He also suggests that laughing while working out may help to improve the appetite hormones and cardiovascular fitness of the person. It may also be helpful to those people who cannot take up any physical activity like the elderly and physically handicapped person. Mary Bennett, PhD, director of the Western Kentucky University School of Nursing in Bowling Green, cautions that even though the results of the study are interesting, it should be taken with enough caution as the study is small and preliminary.

She says that a brief period of laughter may affect the hormones in such a way that it improves appetite, which is really helpful for elderly people who have lost their appetite. But it is not clear how much laughter is needed to bring about this effect and how often this dose has to be applied to make a difference in the health of the people. So enjoy a hearty laugh whenever possible – it is never too late.

How to stop an anxiety attack?

How serious is having ADHD?

The Cost of Mental Health Care in Canada