Sepsis is a dangerous condition where the body fights an infection that is extensive and had spread through the bloodstream. If you become septic, you will probably have a low blood pressure, which will cause a poor blood circulation as well as an absence of blood perfusion in the vital organs and tissues of the body. Severe sepsis happens when there is an organ failure. When there is organ failure and when your blood pressure lowers down, the condition is called as a "septic shock." Sepsis can occur because of the reaction of your body's defense system or when the infecting agent makes toxic substances in your body.

People with sepsis will likely survive if they receive early treatment. If you have severe sepsis, you will need to be closely monitored and treated in the ICU. Lifesaving steps should be taken into action to stabilize the function of the heart and lungs in case of a septic shock or severe sepsis.

Sepsis is a major disease that affects the bloodstream. There are various harmful things to be mindful of after a patient is diagnosed with sepsis.

There are a few treatment options for people who have sepsis. However, success is very far from guaranteed. Physicians often take drastic actions in order to fight the infection with the mortality rate of around 40 percent, which is very low. However, with aggressive treatment and care, it can be lowered down to a rough 25 percent.

The definition of severe sepsis and septic shock in children is similar to that in adults. However, in pediatric patients, a systemic inflammatory response includes an abnormal body temperature or an abnormal leukocyte (white blood cell) count as part of the clinical presentation. In addition, there are age-specific normal values for the vital signs.

Sepsis should be considered as a medical emergency. In other words, sepsis must be treated as quickly and efficiently as possible as soon as it is proven from the laboratory results that the patient indeed has sepsis. An early aggressive medical therapy is indicated in patients with suspected sepsis, based on the organ source of the infection. However, it is crucial to consider "pseudosepsis" as a cause of the presenting condition because most of the causes are readily treatable and reversible if recognized and treated early. Patients with pseudosepsis will require a supportive therapy rather than an antimicrobial treatment.

Patients with sepsis are generally ill and require bed rest or admission to the intensive care unit (ICU) for monitoring and treatment. Admission to an ICU or surgical ICU depends on the severity of the septic process and the degree of organ dysfunction, as well as the need for surgical intervention. In addition, supportive therapy is aimed at maintaining organ perfusion and providing respiratory support when necessary. Careful monitoring should be done to septic patients who have diabetes. Sepsis therapies are goal-directed and time-sensitive. The therapies are in conjunction with immediate laboratory tests to determine the severity of the patient's condition.

The details of an early recognition of sepsis, septic shock, and the resultant treatment are provided below:

The first step is to recognize the visible signs:

Checking the vital statistics at the earliest:

Sepsis can be treated with several medications. They include:

You may be given other medications such as insulin to help maintain the right sugar levels, low doses of corticosteroids, sedatives or painkillers, and drugs that will adjust the responses of the immune system.

Supportive care such as plenty of IV fluids and oxygen are given to patients with severe sepsis. A machine may be required to assist the patients with their breathing, or another one may be used to offer dialysis for patients with damaged kidneys.

To eliminate the source of infection such as an abscess (collection of pus), surgery may be required.

Who are at risk of developing sepsis?

In the past two decades, the number of deaths in sepsis patients has gone up and many reasons have led to this increased number.

The frequent use of antibiotics can also cause the bacteria to become immune to them, which makes the treatment for sepsis extremely difficult. 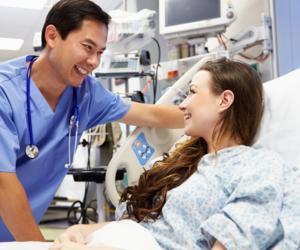