There exist many symptoms that make the mononucleosis disease similar to other diseases, which makes it very difficult to distinguish it from other infections. Doctors administer treatment of the patient by giving him or her a physical test. This annual test checks out the patient's medical history. Here, the doctor questions the patient's lifestyle, smoking behaviour, alcohol use, sexual behavior, diet, and exercise regime. The doctor may also look at the various vaccinations the patient has had, and if the family has any genetic diseases.

The doctor then looks at the blood pressure of the person, which should range from 80 to 120. The heart rate is looked at and should range from 60 to 100 beats per minute. The respiration rate is also checked and should be around 12 to 16 breaths per minute. The temperature of the person monitored and should be about 37 degrees Celsius. A heart exam is also conducted, to check if beats are regular, and a lung exam is performed to check if the lungs wheeze or crackle.

How long is mono contagious?

A throat culture is then carried out to make sure that the patient does not just have strep throat instead of mononucleosis. In this test, a swab is used to check for any bacterial growth. Candida and streptococcus both exhibit growth, necessitating more research. The doctor examines the blood specimen to see if there is any abnormality in the patient's white blood cells. A heterophile test, also known as the monospot test, then follows. Here, an examination of blood is done to check for antibodies, which the body usually secretes once a virus has invaded the body. This is not preferred, since it is considered largely inaccurate, especially for young children, and it usually can take many days before generating a result. By this time, the child could already be very sick.

These tests are not always accurate, hence other tests should be carried out to specifically locate the disease. The body usually takes time to release antibodies to fight the virus that invades. Hence, blood testing should be done no earlier than the third day of infection, since the result may appear negative if tried before. Another blood test should also be done to ascertain that it is the Epstein Barr virus (the mononucleosis-causing virus) that has attacked the body. This test is mostly done on the children whose monospot test results are negative. This test looks for antibodies that come up once infected. A sample of blood on a slide is added to reagents that agglutinate once a person is infected. This test is carried out within two to nine weeks of acquiring the infection. Infections that have lasted in the body for over half a year can no longer be detected.

Many people get over mononucleosis within two weeks' time. The cheapest and most common method used in treatment is recommending bed rest for the person before returning to their normal lifestyle. This is due to the enlarging of the spleen during infection, and hence, in avoiding its rupture, bed rest is recommended. Games that require contact should be avoided for months to avoid injury of the organs. With the patient on bed rest, the doctor may also give him or her acetaminophen, ibuprofen and other steroids for sore throat, fever, or any other issues. For people who have issues with the liver, acetaminophen should be avoided. For children, aspirin should be avoided since it can cause Reye syndrome. Prednisone is given to people with very severe sore throats to ease the pain.

The Connection Between the Epstein-Barr Virus and Multiple... 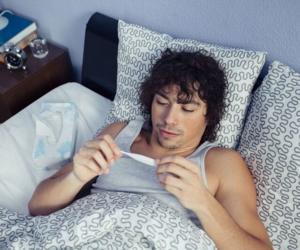 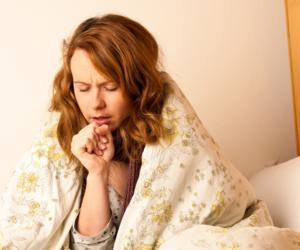 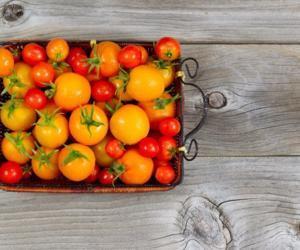 5 Tips on Living with Mononucleosis

The Link Between Mononucleosis and Multiple Sclerosis