According to a new study, excessive sweating can be reduced by using microfused ultrasound that is targeted at the sweat glands. Mark Nestor, MD, PhD, a dermatologist and voluntary associate professor of dermatology at the University of Miami Miller School of Medicine, says “this technique can reduce the underarm sweating by nearly 80%." The study was conducted on 14 participants who had hyperhidrosis, between the ages of 18-years-old and 75-years-old. The results of the study were presented in the annual meeting of the American Academy of Dermatology.

Hyperhidrosis is characterized by excessive production of sweat that is more than what is required to keep the body cool. People with this condition sweat when it is cool or even when they are at rest. Armpits, soles, and palms are the most affected areas. Hyperhidrosis affects about 3% of people and is often diagnosed by tests such as starch-iodine tests. “Microfused ultrasound heats and destroys the sweat glands of underarms, and is found to be safe and effective in the treatment of hyperhidrosis," says Nestor.

In this study, two ultrasound treatments were given to one arm of the participants, 28 days apart. The other arm was given a ‘sham’ treatment, which looked similar to ultrasound. Sweat production in both arms was measured after the treatments. Some participants reported to have tenderness, redness, numbness and bruising after the treatment. Standard techniques like the starch-iodine tests were used to measure sweat production.

Researchers reported that after two treatments, there was an average reduction of 80% in production of sweat in the arm exposed to ultrasound. In another study, 20 participants were given an ultrasound treatment; in this study fourteen days after the completion of treatment there was a 70% reduction in sweat production. No change was noticed in the amount of sweat produced in the untreated arms. Nestor plans to study the use of the same strategy in preventing excessive sweating in the palms.

William Abramovits, MD, a Dallas dermatologist, feels that “although the study is very preliminary, the results look good." According to him, “available treatment options for hyperhidrosis do not work for everyone, and availability of more options to treat the same would be welcome." Carolyn Jacob, MD, a Chicago dermatologist, believes that a  “larger study is needed to confirm the findings and to recommend ultrasound for treating excessive sweating." She suggests that “observing the underarm tissues under the microscope would help to see whether the tissues are truly destroyed or they are made functionless by inflammation of the cells”.

How to treat hyperhidrosis:

Is acupuncture good for heel pain?

What are the benefits of dental bridge?

More from FindATopDoc on Ultrasound Therapy

My father suddenly has symptoms like sweating and uneasiness.... 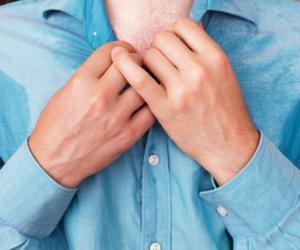 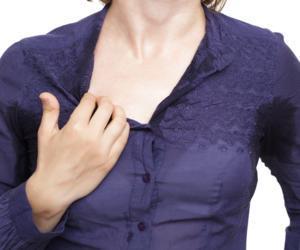 My father suddenly has symptoms like sweating and uneasiness. Could it mean something?