You might have heard about chlorophyll at some point in your life--everyone who has gone to school has been told by their science teacher about how plants make their own food from sunlight. However, not everyone knows that the green substance commonly for imparting the color green to plants actually has a lot of health benefits. In fact, many "superfoods", those dark green, leafy vegetables known for their wondrous healthful characteristics, have high amounts of the pigment called chlorophyll. Green plants cannot live without chlorophyll, and humans can also benefit tremendously from it. This article will shine some light on chlorophyll and its surprising health benefits.

Chlorophyll is a green pigment found in all green leaves and plants. It is the main substance that makes plants green. 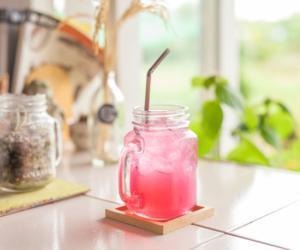 What does chlorophyll do?

The role of chlorophyll in photosynthesis (the process by which plants synthesize their own food by using sunlight, water, and carbon dioxide as their sources of energy) is indispensable. Its function is to absorb light during the photosynthesis process and transfers it to the plant so that it can easily convert carbon dioxide and water into chemical energy.

Where is chlorophyll found in a plant cell?

Chlorophyll is located within chloroplasts, which are the food producers of the plant cell. When sunlight hits chloroplasts, it is absorbed by chlorophyll. The plant then combines this sunlight with carbon dioxide and water to produce nutrients including glucose or sugar. During the photosynthesis process, oxygen is also produced, which humans and animals use during respiration. The mitochondria of the plant use the produced glucose to convert it into energy that’s used by the plant.

Why is chlorophyll green?

Chlorophyll is green because it absorbs all of the sunlight's colors except green. During the autumn season, leaves gradually lose their chlorophyll because there is not enough sunlight for the trees to perform the photosynthesis process and they need to save the energy. As the plants lose their chlorophyll, the orange and yellow colors of the leaves appear due to food stored in the leaves.

What can chlorophyll do for humans?

The health benefits of chlorophyll are immense. It is a versatile nutrient that not only helps sustain plant life, but is very beneficial for humans as well. In fact, it is known to have anti-cancer effects. It also has powerful effects relating to other medical ailments such as dental problems, insomnia, pancreatitis, kidney stones, and sinusitis. Furthermore, it promotes digestive health, maintains hormonal balance, detoxifies the body, and helps treat inflammatory medical conditions such as fibromyalgia and arthritis.

According to research, chlorophyll and liquid chlorophyllin are very helpful in preventing cancer. They bind to potential carcinogens and interfere with their metabolism to prevent them from reaching susceptible tissues and healthy cells, such as those within the heart or joints. Certain studies have also found that they help reduce the possibility of certain types of cancers, including colon and liver cancer. According to scientific studies, chlorophyll reduces the chances of stomach tumors by 24-45 percent and of liver tumors by 29-64 percent. By preventing the effects of carcinogens present in the air, red meat, and grains, chlorophyll helps impede the process of chemically-induced cancers.

Chlorophyll has anti-inflammatory properties that make chlorophyll supplements very beneficial in treating arthritis. Chlorophyll and its derivatives are known to inhibit the growth of inflammation-causing bacteria. Hence, it acts as a potential ingredient used in the preparation of phytomedicines for treating inflammatory medical conditions such as arthritis and fibromyalgia.

According to some studies, applying chlorophyll topically on wounds and burns helps them heal faster. Since chlorophyll is famous for its anti-inflammatory properties, it helps kill germs and prevent infections. It also strengthens body tissues, promotes the production of white blood cells (WBCs), and disinfects the environment to inhibit the growth of bacteria. Chlorophyll therapy is popularly used for the treatment of chronic varicose leg ulcers.

Chlorophyll is known for its amazing deodorizing properties. It neutralizes body odor and kills bad breath. Hence, it is often used in mouthwashes. One of the major reasons behind bad breath is bad digestive health. Chlorophyll cleanses the colon and the bloodstream to stimulate digestive health and further combat odors coming from the mouth and throat. The deodorizing property of chlorophyll is also beneficial for malodorous wounds. Whether you have a body odor problem or digestion issues resulting in bad breath, chlorophyll supplements, usually in the form of chlorophyll tablets, can help treat them all.

Chlorophyll has purifying properties and helps detoxify the body. It works by binding itself to metal toxins, preventing them from reaching the healthy tissue and cells of the body--the same process it follows with carcinogens to prevent cancer. Chlorophyll also promotes the proper flow of blood and oxygen, which helps the body get rid of harmful impurities and toxins. As a result, it promotes optimum liver health. It is also known to diminish the effects of harmful radiation and eliminate pesticides and drug deposits from the body.

Chlorophyll is also known to have antiviral effects. Hence, it prevents the development of cold sores in the mouth and genital areas caused by HSV (herpes simplex virus). Some studies also claim that when chlorophyll ointment is applied topically to the skin, it helps lessen the number of cold sores and speeds up healing, making it a natural remedy for herpes treatment. It may also protect the skin from shingles and lowers the risk of skin cancer. Chlorophyll used in lotion form or injected directly into the skin helps reduce the recurrence of cancerous cells in people with basal cell carcinoma, the most common type of skin cancer that starts in the basal cells.

Chlorophyll is rich in antioxidants and magnesium. Hence, it is known for maintaining healthy tissues and encourages youthful skin. It helps combat the effects of aging by stimulating anti-aging enzymes. Moreover, the vitamin K present in chlorophyll is known for improving the adrenal functions in the body.

Chlorophyll is also known for improving the digestive system. It maintains the health of the intestinal tract and stimulates bowel movements. It also promotes the renewal of wounded bowel tissues. If your regular diet is deficient in green vegetables and mainly includes red meat, then you are more prone to having colon disorders. According to research, chlorophyll helps cleanse the colon by restraining the cytotoxicity induced by dietary heme and inhibiting the propagation of colonocytes. Chlorophyll helps prevent digestive disorders like gas and constipation.

Chlorophyll is also known for reducing the symptoms of insomnia, general body fatigue, and nervous irritability.

It is also believed that liquid chlorophyll improves the quality of red blood cells (RBCs) and helps build more blood. According to a 2004 study, wheatgrass, which contains about 70 percent chlorophyll, lessened the number of blood transfusions required in people with thalassemia (an inherited blood disorder), although it can’t be clearly stated just yet that the chlorophyll was responsible.

Fried foods cannot only make you fat--they are also known to contain chemicals that can damage your colon tissues and the DNA of your colon's cells. According to a study, a group of people who ate fried foods along with protective foods, including chlorophyll, resulted in less DNA damage to colon cells. This does not mean, however, that you can go crazy with fried foods. It is still best to avoid them if you want to stay healthy.

Green leaves have been traditionally used to treat infections. Some modern studies have found that green leaves can help reduce swelling and redness as well.

Chlorophyll is known for maintaining the balance of sex hormones. It contains vitamin E, which helps stimulate the production of estrogen in females and testosterone in males.

Chlorophyll also has nutritional and antioxidant properties. Hence, it eliminates free radicals to protect body cells and tissues from oxidative damage. Conyza triloba is a plant known for its high chlorophyll levels and has been shown to reduce free radicals from the body while reducing cell damage. 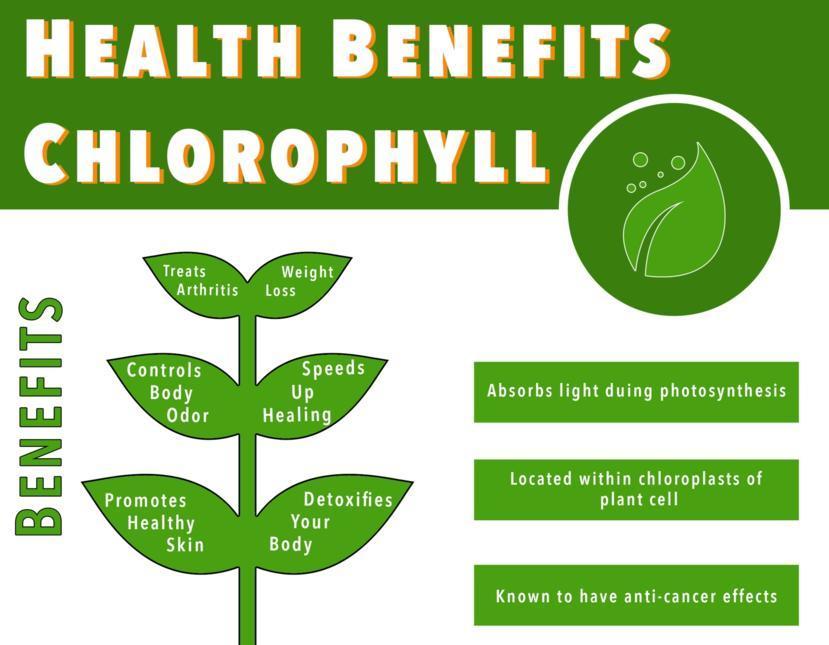 What are the possible side effects of chlorophyll?

Although chlorophyll and liquid chlorophyllin have no past history of being toxic or harmful to the body, some people may experience the following side effects occasionally:

The side effects of chlorophyll on children and pregnant women are unknown. Hence, before taking chlorophyll tablets or chlorophyll supplements, you must consult your doctor. Chlorophyll may also interfere with the medications you are taking to treat some disorders. Hence, seeking the doctor’s advice is a must.

Other than eating vegetables, how else can one get more chlorophyll?

Chlorophyll supplements can easily be found at most drugstores, health food stores, and natural food shops. The supplement is usually in the form of tablets, sprays, ointments, and liquids. According to the Oregon State University, the average recommended dosage of supplemental chlorophyll is between 100-300 milligrams per day, which should be divided into three doses. However, the dosage still varies from person-to-person and you must first consult with your doctor before taking it.

You can also add chlorophyll to your diet by adding the liquid or powder form to food, such as sauces and soups, or mixing it into your drinking water or juice.

What vegetables are rich in chlorophyll?

Plants that are fresh and green are rich in chlorophyll. Here are some herbs and vegetables that give a lot of chlorophyll:

All these health benefits of chlorophyll should lead you to the conclusion that you should include sufficient amounts of chlorophyll in your diet. Eating green vegetables is not only good for providing fiber to your digestive system, but also delivers a number of other health benefits. If a busy lifestyle makes it difficult to plan a nutritious diet rich in chlorophyll, chlorophyll supplements are the answer. These are readily available on the market, although you should make sure that you talk to your doctor about the appropriate dosage for you before starting supplementation. Also, while synthetic and semi-synthetic forms are now available, chlorophyll in its natural form is still the best way for you to gain its benefits. 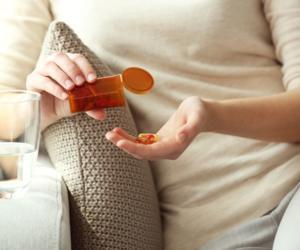 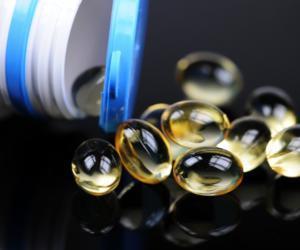 Are Ginseng Supplements Beneficial to my Health? 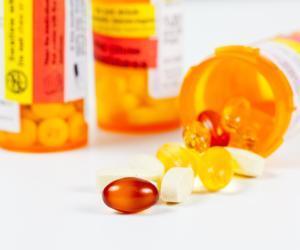