Radiation therapy is one of the major treatments for any type of cancer. It is a procedure that uses high energy particles such as gamma rays, protons, electrons, x-rays, and electron beams to destroy cancer cells. Other names for radiation therapy include x-ray therapy, radiotherapy, or irradiation.

Radiotherapy can be used alone or used together with other cancer treatments such as chemotherapy or surgery. Chemotherapy drugs are used as radiosensitizers, which means they can induce cancer cells and make them more sensitive to radiation. This helps radiation destroy cancer cell in a better way.

Why Do You Need Radiotherapy?

Specialists who perform radiation therapy are known as radiation oncologists. Radiation therapy used to treat cancer will require a specific number of treatments before the main procedure. The major goal of radiation therapy in treatment of cancer is to kill cancer cells, and slow the growth of tumors without bringing harm to the nearby cells and healthy tissues.

Radiation therapy can also be used to shrink tumors and reduce pain and pressure among other symptoms of cancer. This type of radiotherapy treatment is known as palliative radiation therapy. This treatment is mainly used when there is no possibility of curing cancer completely. Palliative radiation is meant only to improve one’s quality of life and also increase life expectancy.

More than half of patients with cancer all over the world will receive radiation therapy. Radiation therapy is very effective for some types of cancer. However, other cancer types, such as liver cancer, may respond well when radiotherapy is combined with other cancer treatment methods such as surgery, immunotherapy, and chemotherapy.

The following are the different types of radiation treatment that may be used for the treatment of cancer:

A device known as a linear accelerator (LINAC) creates a radiation beam for either photon or x-ray radiation therapy. Special computers are then used to adjust the shape and size of the beam before the procedure. Adjusting the shape and size of the beam will help the oncologist target the tumor without damaging healthy cells and tissues. External beam radiation therapy may be delivered daily for several weeks to help treat cancer completely.

In internal radiation therapy, also known as brachytherapy, radioactive materials are placed on the cancerous area or the surrounding tissue. The implants placed may be either permanent or temporary, meaning that it requires a hospital stay.

Types of internal radiation therapy include:

3. Other Types of Radiotherapy

A patient undergoing radiation therapy should take the following precautions the first few days after treatment:

Radiation therapy is a treatment option that is mostly used in the treatment of cancer. This procedure may be more helpful in some cases than others. For example, some cancer types are more sensitive to radiations than others. Also, some cancers may be easier to treat using radiotherapy.

If your doctor recommends a radiation therapy, it means that he or she believes that the benefits of the therapy outweigh the possible risks and side effects.

What are the early side effects of radiation therapy... 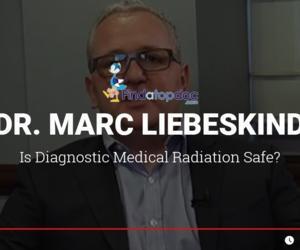 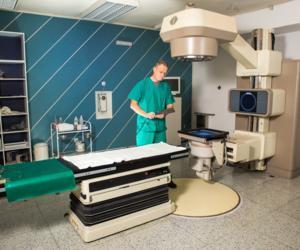 What Is a Radiation Therapist?

Should I ask about side effects at my radiation oncology consultation?

What's the Difference Between Interventional and Diagnostic Radiology?

Does radiation during cancer treatment have any impact on the digestive system?