Workouts with hula hoops may help to burn as many calories as step aerobics, boot camp, or very brisk walking, according to a new study sponsored by the American Council on Exercise (ACE). In this study, 16 women between 16-years-old and 59-years-old were trained on a 30-minute aerobics session using weighted hula hoops. After two sessions of training where they grew accustomed to the moves, participants were asked to carry portable oxygen analyzers and heart rate monitors for recording their level of exertions.

The average heart rate was 151 beats per minute, which forms approximately 84% of the age-predicted maximum heart rates. Oxygen consumption was measured to be 20 mL per kilogram per minute, which is equivalent to burning 7 calories in a minute or 210 calories in half an hour session. Study researcher John Porcari, PhD, an exercise physiologist at the University of Wisconsin, La Crosse, was surprised to see such a high rate of heart beat by using something which is considered to be a recreational thing for the children. 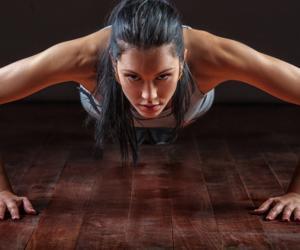 What Are HIIT Workouts?

Cedric X. Bryant, PhD, chief scientific officer of ACE, remarked that the findings of the study shows that the working out with hula hoop provides a total body workout that can improve flexibility and balance while strengthening the back, abdominal, arm and leg muscles.

But there are others who are not quite convinced with the findings. According to Irwin Arginsky, president of SBI enterprises in Ellenville, New York, many earlier studies had shown pogo sticks, as the most effective form of physical activity, much better than hula hoops and jump ropes.

The most important caveat in the study is that it used weighted fitness hoops rather than the conventional plastic hoops. Weighted hoops may be easier to use as they move more slowly around the body.

Resistance Training Is Key for Flexibility

Can excessive working out and taking supplements cause...

Why does my blood sugar increase after exercise?

The Right Way to Use Your Treadmill

How the Kardashians’ Waist Training Can Get You a 22” Waist