Bariatric surgery is also referred to as weight loss surgery. In other cases, it is known as gastric bypass surgery. It is an operation performed mostly on obese people. The main purpose for this type of surgery is to reduce weight.

Bariatric surgery involves the removal of certain portions of your stomach to make sure that you reduce fat and other content in the stomach. In other cases, a surgeon may decide to re-route your small intestines turning them into a small size stomach pouch. 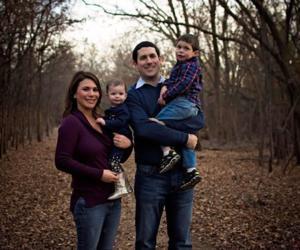 Bariatric surgery is a recent method that is being used to treat people with overweight complications. However, the operation is known to come with a number of health benefits.

Major Side Effects of Bariatric Surgery

Apart from having many benefits to your health, it is important to know some of the side effects of bariatric surgery. Some may be positive while others may be negative effects. They include:

When you are obese, the body tends to expand as well as the skin to give room for the content. As a result, your skin stretches further as you increase in size. In some cases, you may notice obese people have folded skin which happens after a very long period of obesity. Most of this folded skin or rolls of skin can be found around the tummy, breasts, limbs and hips.

After undergoing weight loss surgery, the skin occupied by the fat removed from your body is retained. As a result, it is left on your body for some time. This may last for a very long time before the body adapts fully to the change.

Some of the effects of excess skin include looking ugly and other skin complications such as rashes, which will easily make you uncomfortable. You can correct this type of effect by undergoing cosmetic surgery.

This is an effect wherein there is a rapid loss of body fluids. You should ensure that you drink plenty of water after the surgery – as much as 2 liters per day, else it could lead to nausea and vomiting, which could further cause even worse dehydration and other issues. If the dehydration is severe, you may be hospitalized for IV fluids and vitamins.

This is a type of effect that is known to affect about one-fifth of people that have undergone bariatric surgery. It is a condition where the stoma, a hole connecting the small intestines to the stomach pouch, becomes narrow. As a result of narrowing, it can easily be blocked by even small food particles.

You can also prevent yourself from stoma stenosis by cutting food into small pieces and chewing properly.

This is an effect that has been found in 1 out of every 35 people that undergo bariatric surgery. It is however known to develop after very many years. This is a condition where your body cannot tolerate some types of foods. Such foods maybe like green salad or red meat.

It is advisable however, to note down those foods that cause such symptoms. Avoiding such foods can help to improve the condition.

Other people will change the type of foods they take to avoid being obese again.

As every surgery comes with its own effects, bleeding for this one is not an exception. Bleeding is a common side effect since the operation involves delicate body tissues. However, in cases where the operation is not performed properly, it may lead to excess bleeding.

After the surgery, some may also undergo internal bleeding if recovery procedures are not followed properly.

Gallstones refers to small stones that are formed in the gallbladder. Gallstones are mostly made of cholesterol. In most cases, about 1 out of 12 people undergoing bariatric surgery develop gallstones. Mostly, they are known to develop after 12 months.

Once the stones get down to the duct, you will start experiencing some side effects. These may include:

Slippage of the Gastric Band

It is a less common side effect. It affects 1 out of 50 people who have a gastric band.

This happens when the gastric band slips out. As a result, the stomach pouch grows bigger than normal. Some of the symptoms of this condition may include:

Sudden weight loss can be associated to certain social effects to people as the case is to sudden weight gain. Relationships can also be affected. Some people have reported cases of jealousy, and their partners being nervous.

Some people are also affected when it comes to occasions involving food. There might be excess self-consciousness.

This is an effect that is not very common. However, you should know that it can happen. Death is an effect that does not necessarily happen on its own. It is always attributed by other factors. These factors may include infections after the surgery, stroke, internal bleeding or heart attack.

As much as bariatric surgery is an important surgery that comes with several benefits, it can also result in many side effects. Some of these side effects can be positive or negative. It is thus important to talk to your doctor before you undergo the surgery.

It is also advisable for people who have undergone the surgery to talk to their surgeons on the right ways to treat or prevent some of the side effects. Make sure that you follow all the doctor’s instructions to keep yourself safe or reduce the symptoms of the side effects.

More from FindATopDoc on Bariatric Surgery What Are the Complications of a Bariatric Surgery?

What are the side effects of bariatric surgery? 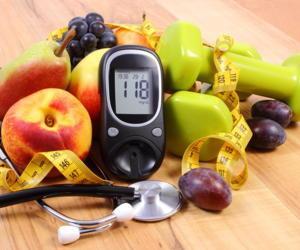 My daughter is 12 years old and is obese. Do you suggest a bariatric surgery for her?

Is the recovery from bariatric surgery long?