Allergies have a direct connection with the immune system of a person.

Primarily, our body’s defense system is meant to create a defense mechanism against various diseases that cause germs or bacteria. However, for people who have allergies, this defense mechanism also combats harmless substances such as pollen, animal fur, etc. 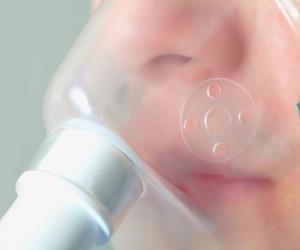 An allergic reaction, in simple terms, occurs as an unexpected response of the body to certain substances which cause unfavorable reactions in the body. Allergic asthma is one of the most common asthmatic conditions and is seen in more than half of patients suffering with asthma. With allergies, the immune system defends the body against harmless substances such as dust and dander. When allergic responses lead to the symptoms of asthma, it is called allergic asthma. The asthma symptoms are triggered by several allergens. Understanding allergy triggers is very important in controlling the symptoms of this condition.

Allergic reactions are triggered by the release of IgE antibodies, the production of which is stimulated in the presence of specific allergens. IgE antibodies stimulate the production of histamines that cause inflammation and swelling of tissues. Histamine also causes the normal symptoms of an allergy, like runny nose, itchy eyes, and sneezing. These responses are the body’s way of removing the allergens.

In allergic asthma, the air passages are highly sensitive to numerous allergens. When the airways are exposed to these allergens, the immune system produces an exaggerated response. This narrows the muscles around the airways, which become swollen and filled with mucus.

The most common symptoms of allergic asthma include:

Some of the most common triggers of allergic asthma include:

Allergic reactions may also be caused by allergens entering the eyes. There are several allergens that may cause an asthma attack without any other allergy reactions.

Some allergic irritants are listed below:

Allergy shots are administered to prevent exaggerated responses of the immune system to allergens. Prevention of allergic asthma is possible by avoiding specific triggers.

There are many factors that contribute to certain people having a higher risk of developing asthma and various other respiratory diseases. Asthma as a disease can occur even in cases where no risk factors are present. However, there are certain conditions that increase the chances of acquiring the disease. Various risk factors are likely to cause an individual to develop various symptoms related to asthma. These symptoms include coughing, wheezing, breathlessness and so on.

Once risk factors have been identified, it is important to avoid the manageable factors to prevent asthma attacks. While certain factors like genetics and gender cannot be changed, one can certainly avoid smoking and other triggers that are likely to be the cause of asthma for them.

Asthma is also directly connected with being overweight; hence, managing your weight with exercises and a healthy diet can go a long way in minimizing episodes of asthma. Identifying and understanding the risk factors goes a long way in helping one better cope with the disease.

Here are some of the most common risk factors that are often associated with allergic asthma:

Gender: Although it may sound strange, gender does plays a contributing role in developing asthmatic conditions. Asthma is known to occur more frequently in boys as compared to girls. While the logic behind this is still unknown, there are various instances that prove the link. There are studies that have suggested that the male airways, particularly at a younger age, are smaller compared to female airways. These smaller airways increase the risk of wheezing especially when confronted with infections like cold and cough. Around age 20, the risk factors become equal for both males and females. After 40, asthma is more likely to occur in women than men.

Genetics: Genetics often puts one at a higher risk of developing asthma. In fact, asthma can be acquired from either parents or grandparents. This doesn't mean that people with no family history of asthma are immune to this condition, it just means their chances are lesser compared to those with the family history.

Atopy: It often takes parents by surprise when doctors suggest a relation between their children’s skin allergies and asthma. Atopy is a tendency for one to develop skin conditions like eczema. Atopy makes one highly sensitive to common allergens found in food and in the air. Children suffering from skin conditions like eczema or atopic dermatitis are often known to develop asthma. Sometimes, the asthma that develops can become more severe as the child ages.

Environmental factors: Air pollution is known to be one of the primary triggers for asthma. Pollutants like cigarette smoke, fumes, mold, and paints often tend to trigger asthma for certain groups of people. Extremely cold temperatures or high humidity could also be the reason for asthma in some people.

Smoking: Both active and passive smoking can be an important risk factor for asthma. In fact, cigarette smoke has been found to be one of the primary causes of asthma development in teenagers. Second hand smoking is just as dangerous as smoking yourself.

Obesity: Research has time and again proven that obesity is one of the major causes of asthma and various other respiratory problems. As one gains weight, there is an undue pressure created on the lungs to work harder in order to perform normal respiratory functions. When the lungs are overworked, they tend to become tired and distressed faster; thus, leading to respiratory and breathing issues such as asthma.

One of the best way to prevent the occurrence of allergic asthma is to prevent exposure to the allergens that could trigger the asthma attack.

Does the Treatment of Asthma Always Require an Inhaler?

Risk Factors for Asthma: Is Your Loved One at Risk...

Is it safe to use the asthalin pump on a regular basis?

Son's inhaler barely works. Would he need to change...

How can asthmatics increase lung capacity?

How is Asthma Treated?

Is Asthma More Difficult to Control in Fibromyalgia Patients?

Can my asthma cause my lungs to collapse?