Cirrhosis is attributed to an abnormal condition which causes a scarring of the liver that damages the functioning of the liver considerably. There are a number of factors that can result in the cirrhosis of the liver such as consuming excessive alcohol, viral hepatitis, other liver disease and so on.

People suffering from cirrhosis of the liver could develop secondary conditions like jaundice, itching sensations and extreme fatigue which can become more difficult to deal with than the actual problem. For cirrhosis to develop, there is continuous damage that occurs to the liver. Healthy tissues in the liver become damaged and the bad tissues start to cover more of the organ. It begins to restrict the blood flow to the liver, which eventually causes more damage.

What can cause liver cirrhosis?

Cirrhosis as a disease progresses slowly and develops with time, and it eventually causes a complete failure of the liver. The liver as an organ is primarily responsible for functions like detoxification and purifying the blood, deriving the essential nutrients from the blood, and filtering out the harmful toxins.

What causes cirrhosis of the liver?

Excessive consumption of alcohol: Anything in excess could harm your body in the most unimaginable ways. One such habit that could damage the liver in a big way includes alcohol consumption. Excessive alcohol consumption is said to occur when a man drinks beyond 21 units and a woman drinks beyond 14 units a week. The liver is primarily responsible for the breakdown of toxins and alcohol is one of them. If the consumption of alcohol is too high, it results in undue pressure on the liver cells causing a severe strain on the liver cells.

Long-term drinkers who consume alcohol on a regular basis are highly prone to being at a risk for developing liver cirrhosis. Here, it is important to remember that excessive drinking should be a regular habit for it to become a risk factor for developing the disease. Typically, excessive drinking should be sustained for a period of ten years or more for it to be termed as liver cirrhosis. The period would, however, vary from person to person and also covers other factors like the age and overall health of the person. Females who are regular on heavy alcohol consumption are more prone to developing the symptoms of liver cirrhosis in comparison with men.

Persons indulging in heavy alcohol consumption tend to develop a condition that gives rise to a fatty layer. The liver processes the alcohol into deposits of carbon dioxide and water which eventually leads to fatty liver. The moment one takes charge of the habit, the symptoms of fatty liver are also likely to disappear. About 20 percent to 30 percent of people who indulge in the excessive consumption of alcohol for a long period could develop symptoms of alcoholic hepatitis, which is the next stage of liver damage. Thereafter about 10 percent of people who are heavy drinkers could be at risk of developing cirrhosis of the liver which is the third stage of liver damage.

Hepatitis infection: There are a number of infections which we acquire through various transmitters found in the environment around us. Hepatitis infection is one such infection. Hepatitis B and C are considered to be severe forms of the hepatitis infection that impact the liver eventually causing cirrhosis. While it is not really in our hands to curb the infection, it is upon us to take appropriate vaccinations that can reduce the chances of acquiring these infections.

Non-alcoholic steatohepatitis (NASH): NASH is a condition that occurs mainly to people who are affected by obesity, disables, high blood pressure and those dealing with high blood lipid. The condition starts with excessive accumulation of fats in the liver which results in an inflammation and scarring of the liver and eventually causing liver cirrhosis.

Autoimmune hepatitis: Sometimes the immune system of an individual attacks the healthy parts of the body, treating them as foreign substances harmful for the body. This can result in the patient developing cirrhosis.

What happens in liver cirrhosis?

The liver by nature is a tough organ which has the capability to repair and regenerate itself by working upon the damaged cells. Cirrhosis occurs when the causes that have led to the damage of the liver have existed for way too long. When this occurs, the liver gets scarred which eventually impacts the functioning of the liver and finally causes cirrhosis.

A liver affected by cirrhosis begins to shrink and harden, which makes the blood flow into the organ difficult for the veins carrying the blood. This vein is known as a portal vein that carries blood from various digestive organs into the liver. The excessive pressure that rises into the vein increases as the blood fails to reach the liver which causes a condition known as portal hypertension. This can lead to other complications like bursting of the veins and excessive bleeding.

What are the symptoms of liver cirrhosis?

The main signs and symptoms of liver cirrhosis would start to surface when the liver loses its functionality to purify blood and break down toxins. Until then, the functionality of the organ may not be affected and hence no symptoms may be seen. Some of the main symptoms include:

Some of the other serious symptoms could include:

Liver cirrhosis exists in a person for a long time, hence by the time the symptoms start to surface a substantial damage already occurs in the liver. The condition leads to several secondary issues and complications which make it a life-threatening disease. When the blood doesn't pass in and out of the liver, there is a mesh of veins created in the esophagus that is known as esophageal veins. These veins are unable to take in extremely high pressures and hence start swelling due to the extra blood flow. This eventually could be a life-threatening condition. Several other complications that result due to liver cirrhosis include:

Timely medical intervention and avoiding habits that could result in cirrhosis can help in avoiding the disease and its complications.

How can I prevent liver cirrhosis?

How long is a liver transplant good for?

More from FindATopDoc on Liver Cirrhosis 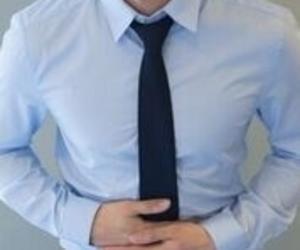 What can cause liver cirrhosis?