A liver cancer risk factor is something that increases your chances of getting liver cancer. Different types of cancer have different risk factors. Some risk factors can be controlled such as smoking. On the other hand, age and family history cannot be changed, which means that some risk factors are permanently there and you can do nothing to change them. 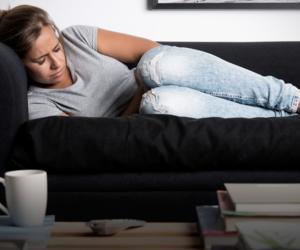 Can I Live with Liver Cancer?

Scientific research has come up with several risk factors that are likely to increase your risk of getting liver cancer, and they include:

Cirrhosis is a complication of the liver where the liver cells get damaged and are replaced by a scar tissue. It has been found that people who have liver cirrhosis have an increased risk of developing liver cancer. The major causes of liver cirrhosis are excessive alcohol drinking and chronic hepatitis B and C infections.

Some autoimmune diseases such as primary biliary cirrhosis can affect the liver and also cause liver cirrhosis. PBC causes damage to the bile ducts that are found in the liver, which can lead to cirrhosis. People who have advanced cases of PBC have an increased risk of getting liver cancer.

Some specific races such as those in the United States, Pacific, and Asian Americans, have been found to have a high number of liver cancer cases. Other races that have an increased risk of getting liver cancer are:

Heavy alcohol consumption is one of the greatest risk factors that accelerate the development of liver cancer. Alcohol abuse has been linked to other liver infections such as liver cirrhosis and hepatitis C that can increase the risk of developing liver cancer as well.

7. Hepatitis B and C

People with a nonalcoholic fatty liver disease are likely to develop nonalcoholic steatohepatitis (NASH) that can go on to cause liver cirrhosis. If these factors are combined together, your risk of developing liver cancer will be increased.

Aflatoxin-causing cancer is very common in developing countries, as well as in warmer and tropical countries. According to research, long-term exposure to aflatoxins can be one of the major risk factors for developing liver cancer. The risk also increases in individuals with hepatitis B and C.

Being overweight or obese can increase your risk of developing liver cancer. Obesity has been found to cause many liver diseases such as cirrhosis that will likely boost your chances of getting liver cancer.

Certain rare infections or diseases are linked to liver cancer development. They include:

Some parasitic infections such as schistosomiasis can cause liver damage. Having this disease can increase your risk of developing liver cancer. The parasite that causes schistosomiasis is mostly found in poor areas with tropical and subtropical climates. It causes infections in Asia, South America, and Africa.

Arsenic is a naturally occurring chemical that contaminates bodies of water. Arsenic has been found to increase the risk of liver cancer development. Arsenic contamination is common in parts of Asia and the United States.

These steroids are made of male hormones and are mostly used by weightlifters and athletes to burn up fat and develop lean muscles. Long-term use of anabolic steroids has been found to increase the risk of liver cancer. However, there is no liver cancer risk when using cortisone-like steroids such as prednisone, dexamethasone, and hydrocortisone.

Exposure to vinyl chloride and thorotrast have been linked to the development of liver angiosarcoma. These chemicals are also found to cause hepatocellular carcinoma and cholangiocarcinoma at the same time. Thorotrast is a chemical that was injected in patients as part of an X-ray imaging test in the past. Vinyl chloride, on the other hand, is a chemical that is mainly used in making plastic.

In rare cases, birth control pills or oral contraceptives can cause benign liver tumors known as hepatic adenomas. It has not been confirmed if these pills can increase the risk of developing hepatocellular carcinoma.

There are several factors that likely increase your risk of liver cancer development. Scientists are still conducting more research, trying to look at other possible factors that cause liver cancer. Although there is no proven way to control or prevent this type of cancer, avoiding or lowering risk factors can be an important step to prevent liver cancer. 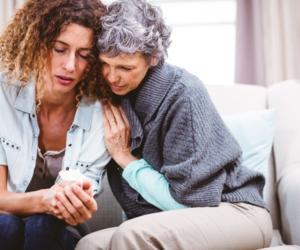 What Is the Main Cause of Liver Cancer?

My son has been diagnosed with liver cancer. What should...

Can radiotherapy be used on liver cancer?

Can liver cancer be treated with interventional radiology?

My son has been diagnosed with liver cancer. What should we do next?