Scalp psoriasis is a very common scalp condition characterized by raised, scaly patches on the scalp. This condition is found in approximately 7.5 million people in the country. In most cases, people with this condition may also have symptoms of psoriasis in other parts of the body. The scalp patches may extend to other parts, like the forehead, behind the ears, and even on the back of the neck. The scales may be found in small patches or spread throughout the scalp. Appearance of scales may range from very mild to severe forms. 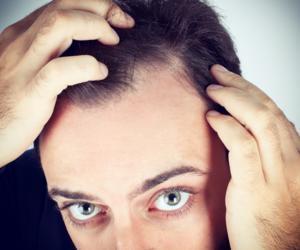 Have a question aboutPsoriasis?Ask a doctor now

Symptoms of moderate to severe forms of scalp psoriasis include:

Scalp psoriasis is not contagious and does not lead to hair loss directly. However, intense itching and scratching of the scalp may result in hair loss. Some of the other common reasons for hair loss due to scalp psoriasis include forced removal of scales from the scalp and harsh treatments to remove the flakes. In most cases, once the plaques are removed, hair may grow back in the affected area.

The first line of treatment for scalp psoriasis is the topical application:

Most of the above-mentioned symptoms are available as over-the-counter products. Prescription medications are obtained for strong treatments. The most common compounds in these products include salicylic acid and coal tar.

Some of the other ingredients used in stronger, prescription products include:

All topical treatments should be applied on the scalp and not on individual hair as per the directions. Once scaling is under control, duration between shampooing can be reduced to twice a week. One should remember to continue with the medications even when the scaling is almost gone.

Some of the oral medications given for the treatment include:

Are there any home remedies for psoriasis?

What are the treatment options for psoriasis?

More from FindATopDoc on Psoriasis 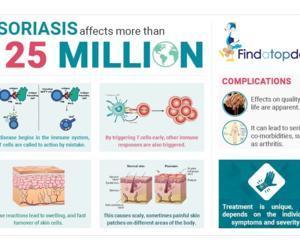