Gallstones are hardened, stone-like particles formed from the contents of the gallbladder. The stones vary in size, from very small grains to the size of a golf ball. In general, small gallstones may remain asymptomatic. But when the stones block the duct, it affects the movement of bile into the digestive resulting in the major symptoms of the condition. It is mainly caused by the hardening of cholesterol and other substances present in the bile. Stones are also formed of excess pigments in the bile. Being overweight, crash diets, and certain medications increases the risk of gallstones. It is also found to be more common among women and older adults.

In many cases, gallstones may not produce any symptoms and are found during routine checkups and medical procedures. But if it blocks the duct, it results in some of the common symptoms of the condition. The most common symptom of gallstones is the pain in the upper right part of the abdomen under the ribs. It may begin as a dull ache in the center of upper abdomen. This pain may spread gradually to right shoulder. This pain makes the person feel very uncomfortable. Normal breathing also may become slightly difficult. The pain may extend from few minutes to hours together. Sometimes the person may complain of pain for more than a day. In most cases, the pain may remain for about four to five hours at a stretch. The pain usually starts in the middle of the night and it is common after meals. 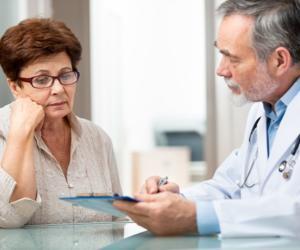 Some other common symptoms when the gallstone blocks the bile duct includes jaundice. Urine also changes it color to dark shades while stools are clay-colored. This is normally accompanied by high fever and chills. Vomiting is also common in people with gallstones, which helps to reduce the pressure in the abdominal region. If gallbladder is infected or inflamed, fever, vomiting, abdominal pain, and loss of appetite can be seen as the major symptoms.

One should seek medical attention if: 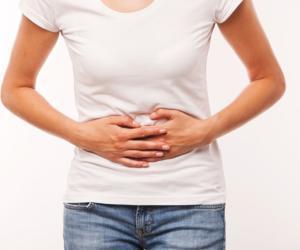