Sepsis is a severe and an extreme immune response to an infection and is considered as an emergency medical condition. Widespread inflammation occurs due to the chemicals that are released into the blood to counter an infection.

Inflammation can damage the body's vital organs. The flow of blood to the internal organs and limbs is minimized by blood clotting and deprives these areas of oxygen and nutrients. One or many organs may fail when the condition gets more serious. When there is septic shock, there is a significant drop in an individual's blood pressure to dangerous levels. This critical condition can immediately cause a number of organs to fail such as the kidneys, liver, and lungs. Sepsis can also lead to death. 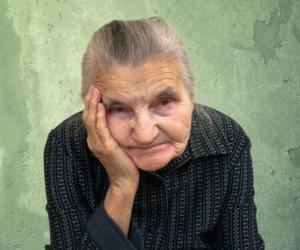 Every year, more than a million Americans are affected by severe sepsis. About half of this number dies from this serious complication.

What are the causes and risk factors?

Sepsis is most commonly a result of a bacterial infection but could also be due to other types of infections. An infection can start anywhere when infectious agents or bacteria enter your body. Something harmless such as a nicked cuticle, a scraped knee, or any serious medical condition like meningitis, appendicitis, urinary tract infection, and pneumonia can cause sepsis.

Osteomyelitis, which is an infection of the bones, may be accompanied by sepsis. For patients who have been hospitalized, the common areas of initial infection are urinary catheters, IV lines, bed sores, and surgical incisions. Although anyone can develop sepsis, the following people have a higher chance of getting it:

Symptoms can vary depending on the part of the body where sepsis began. The first symptoms that can indicate sepsis are a change in one's mental status such as confusion, a lack of concentration, and rapid breathing. Other common symptoms include:

What can we do?

Sepsis is a life-threatening condition that is known for taking the lives of many. Preventing a disease is far better than cure. We cannot completely control the occurrence of sepsis, but we can reduce the risk factors that can lead to it.

The most effective way is to prevent any type of infection. Taking vaccine shots, maintaining a good hygiene, frequent handwashing, and avoiding anything that can cause an infection are the most crucial preventive methods for sepsis.

If there is an occurrence of an infection, there should be an immediate treatment before it spreads into the bloodstream. Patients who have suppressed immune systems, people with cancer, diabetic patients, and the elderly are at a much greater risk of acquiring an infection.

What can healthcare providers do with sepsis?

Healthcare providers can follow effective methods for preventing infections. Other than that, it is crucial to educate not only the individual who is suffering from sepsis but also their family members to handle chronic conditions. They must know how to seek immediate care if they notice any symptoms of a serious infection or sepsis.

Healthcare providers should efficiently train their staff to quickly recognize sepsis. Moreover, knowing it sooner is a much strategic method that works towards treating the patient.

However, one can never fully predict the occurrence of such complication even when healthcare providers follow the preventive methods. Knowing the effective treatment methods is also vital.

Sepsis requires an emergency medical treatment, which means that antibiotics and fluids should be immediately administered after the patient is admitted. According to studies, the chances of a patient dying increased by 7.6 percent with every single hour that goes by without treatment.

According to the type of infection leading to sepsis, specific antibiotics are prescribed by the doctor. Broad-spectrum antibiotics are normally the first antibiotics that are given to the patient before diagnosis. To ensure they enter the blood system faster and become more effective, the antibiotics are intravenously administered.

Fluids are also required for sepsis treatment. To avoid septic shock, the body requires a lot of fluids to avoid the blood pressure from dropping to life-threatening levels. Intravenous fluids can help the doctor know the amount of fluid the patient is receiving and also to control the type of fluid being administered.

To effectively treat sepsis, many doctors suggest using a combination of two or three antibiotics at the same time. The following are some of the most common antibiotics given for sepsis:

When the body has enough fluids, organs will properly function and the damage caused by sepsis is minimized. Some IV fluids are standard when it comes to sepsis treatment although there are a different number of them. The most common IV (intravenous) fluid given is normal saline, which is a crystalloid fluid with .9% concentration of sodium chloride. This type of fluid is specifically given since it is isotonic, which is close to the concentration of blood plasma.

Another type of fluid that is administered to sepsis patients are colloids, which are thicker. Blood, for example, is a colloid. Colloids that are intravenously administered include dextran and albumin. However, crystalloids are less expensive compared to colloids.

Sepsis is one of the leading causes of death in adults and is of great importance. Medical researchers must evaluate recent prospective studies concerning the prognosis of patients suffering from sepsis so they can work towards developing an effective method to cure this life-threatening disease.

It can be quite deadly and very hard to treat. For an individual who has sepsis, we cannot say when they will die as the condition is very variable. The death of a patient depends on many factors with treatment being one of the most crucial factor. Having said that, healthcare providers must carefully consider the outcomes and the condition of the patient before administering any type of medicine. While some patients die within a few hours, others can survive for days.

Is sepsis a common infection you can get from the hospital?