How Can My Baby Catch Mumps?

The causing agent of mumps is the virus of mumps (paramyxovirus). Mumps is a disease which falls under the so-called group of childrens' disease. However, adults can also contract mumps. The difference between this disease in kids and grown-ups is the severity of the symptoms and the frequency of complications. Adolescents and mature people tend to develop serious complications such as mumps-related orchitis (testicles inflammation which can lead to shrinking of these glands and sterility especially if it occurs on both sides, also encephalitis, meningitis, deafness and pancreatitis. Timely vaccination (MMR) is the best way to prevent these complications in 95% of the cases.

Mumps is an airborne virus that can be transmitted through the droplets of saliva while coughing, sneezing, kissing and touching toys or personal belongings of the infected individuals. It can spread by sharing food, drink or cutlery with an infected person. A person can also contract the virus by coming in contact with any object that has been touched by the infected person. 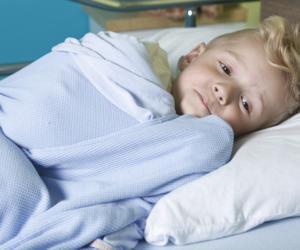 Have a question aboutMumps?Ask a doctor now

The incubation period in children accounts for 9-12 days while it is 14-18 days for adults. Patients are contagious one week before the manifestation of symptoms and 9-10 days since the first signs of the disease.

The patient becomes contagious especially with the inflammation of the salivary glands and has to be separated from the community.

Mumps virus is very dangerous for pregnancy as it can lead to miscarriages or intrauterine death especially during the 14th-16th weeks.

What Can Make Me Think That It Is Mumps?

The first symptom your child may complain about is difficulty in swallowing and eating. The swelling of the salivary glands will follow later. If you see the initial symptoms or suspect of having mumps, it is always best to get in touch with the doctor before the condition aggravates.

Mumps is a highly contagious airborne viral infection that causes a swelling in the salivary glands. The face of the affected individual distorts and appears to be “hamster-like” due to the inflammation of the salivary glands. Symptoms usually develop two to three weeks after the virus has infected an individual. Research has concluded that 20% of the infected people will not show any symptoms but can pass on the infection to others. However, if a person contracts mumps he/she becomes immune to future infections. There is no known cure for this viral infection although medication is provided to relieve the symptoms.

Mumps has been described by Hippocrates in ancient texts although the cause of the disease was unknown to the great healer. Later during 17th-19th centuries, there was an epidemic of mumps due to the poor hygiene on battlefields, which is why it is also called the "trench disease". In 1945, the mumps vaccine was discovered. This has decreased the occurrence of the disease substantially. Children are inoculated at an early age (nine months) to develop an artificial immunity against the disease.

The Most Common Symptoms In Children Are:

The symptoms should be observed carefully before reaching to any conclusion.

The disease is highly contagious and prevention is the best cure. If you come in contact with an infected individual it is best to take all precautions like covering your mouth and nose. Wash your hands frequently and avoid direct contact with the patient.

If My Baby has a Swollen Neck, is it Always Mumps?

A swelling in the neck is not necessarily indicative of mumps. There are several conditions which might follow after the swelling of neck and painful salivary glands. The inflammation may be a result of injury, infection, accumulation of fluid or a tumor. Differential diagnosis of mumps is primarily performed with:

All the diseases mentioned above are not contagious and are very similar to mumps though they do not develop symptoms of intoxication namely, fever, fatigue and an acute onset of the condition. These are the distinguishing factors when deciding whether it is mumps or something else.

However, if you suspect that any of the symptoms may indicate mumps, it is advisable to consult a doctor.

The doctor will check the body temperature and also take samples of blood, urine and saliva to confirm the diagnosis. It is important to seek professional medical advice if you feel like your baby has any of the symptoms of mumps.

Tips on Living With Mumps

More from FindATopDoc on Mumps 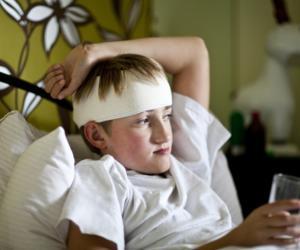 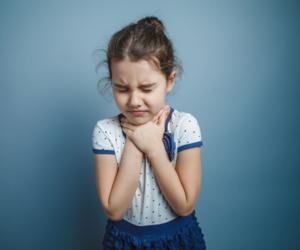 How Is Mumps Diagnosed? 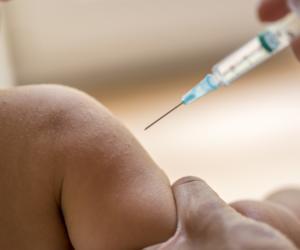 What Should I Do If My Baby Has Mumps?

Are there any Contradictions for Alternative Treatment of Mumps?