An ear infection can either be acute or chronic. An acute ear infection is when it lasts for a short period of time. However, chronic ear infections tend to remain for long or recur quite often. Ear infections are more common in small children as they have short and more horizontal eustachian tubes. 5 out of 6 children will have an ear infection before their third birthday.

Can I continue taking my antibiotics if I skipped 3day?...

Three Parts of the Ear

What are the causes of an ear infection?

There are several other causes of an ear infection and these include sinusitis, allergies, cold, infected or swollen adenoids, and smoking.

How to Clean Your Ears

Is an earache cause for a trip to the ER?

How long does it take for a double ear infection to...

Is it normal to get bumps in the ear after piercing?...

Can an ear infection be the cause of fever for my daughter? 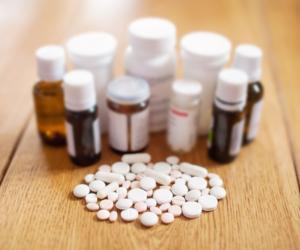 Ear Infection Medication: What Are You Being Prescribed?...

Is it possible to get ear drops over the counter?

Why do ear infections cause vertigo?