Liver cancer is a condition which occurs when your liver cells begin to grow uncontrollably. Although nearly all body cells can become cancerous and spread to the liver, only cancers that originate or begin in the liver are called liver cancer, or primary liver cancer. Many factors have been linked with liver cancer development, but how these factors cause normal livers cells to become cancerous is only partially understood. However, many scientists believe that many risk factors have carcinogenic chemicals which changes the way normal cells function. 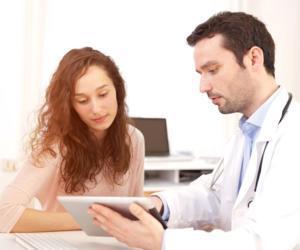 The genes that instruct our cells to grow and divide are referred to as oncogenes. The genes that slow down our cells' growth or tell cells to die are known as tumor suppressor genes. Generally, liver cancer is caused by changes in your DNA that turn off tumor suppressor genes and turn on oncogenes. Different genes in your body need to undergo changes for liver cells to become cancerous.

Cirrhosis of the liver is a condition which forms a scar tissue due to liver damage. This scar tissue affects normal functioning of the liver, increasing one's risk of developing cancer. The risk may vary depending on the cause of cirrhosis. The most common cause are:

Excessive alcohol drinking is one among the major causes of liver cancer. Excessive consumption of alcohol is a major cause of liver cirrhosis, which occurs when a scar tissue develops on the liver, impeding its normal functioning. According to statistics, the link between alcohol and liver cirrhosis is clear, since people with the disease have a high risk of developing liver cancer. The liver is a special organ which is capable of regeneration after damage, but if it is chronically damaged by liver cirrhosis, it is unable to perform the necessary repairs. This happens since the regenerative nodules trying to grow again in the liver are separated by a small scar caused as a result of liver damage. Liver cancer is likely to occur in one of the regenerative nodules and the growth can become uncontrolled causing cancer.

According to recent scientific research, even before cirrhosis develops, the alcohol metabolism in the liver can result in formation of free radical such as reactive oxygen species. These substances are toxic in nature and have been associated with liver cancer development.

This is a chemical substance which is produced after the moulding of cereals such as rice, corn, wheat, soybeans and groundnuts. This chemical toxin is very common in developing countries and individuals who have consumed this toxic substance for a prolonged period of time have an increased risk of developing liver cancer. This risk is particularly high for individuals with hepatitis B infection.

According to statistics, people who chew betel quid consistently have an increased risk of developing liver cancer. Betel quid is made up of slaked lime, betel leaf, and areca nut. This chewing gum-like substance is also suspected to contain tobacco. It is thought that betel quid without tobacco can also cause liver cancer.

This is a liver disease caused by a group of conditions such as mild steatosis, plus non-alcoholic steatohepatitis. Under the conditions a lot of fats build in the liver. This fat leads to liver inflammation and damage which eventually cause cirrhosis. This disease is very common in people with symptoms of metabolic syndrome such as:

According to statistics, people with non-alcoholic fatty liver disease have four times the risk of developing liver cancer as compared to those without the disease.

Some diseases or infections, such as HIV/AIDS, lower one's immunity. According to scientific research, people with HIV and AIDS have a high risk of developing liver cancer compared to those without the infection. In addition, after organ transplants, individuals receive some immunosuppressive drugs which are likely to lower the body's immunity. Such individuals have double the risk of getting liver cancer compared to those who have not taken the immunosuppressive drugs. This increased risk due to immunity may be as a result of the body's failure to eliminate the hepatitis virus.

Lupus is a chronic infection that causes joint and skin inflammation. The inflammation extends to the kidneys and heart as well. Individuals who have lupus have a double risk of developing liver cancer compared to those with no lupus infection.

You may have realized that liver cancer has no specific cause. However, different risk factors have been seen to increase rates of liver cancer development. Liver cancer mainly occurs as a result of DNA damage in the liver cells. This damage causes abnormal liver functioning and may cause cancer. It is proven that some of the risk factors named above - such as excessive alcohol and aflatoxins - contain chemicals that are likely to affect the liver.

I am undergoing treatment for liver cancer. I am now...

Can a radiation oncologist help with a cancerous growth...

My son has been diagnosed with liver cancer. What should...