What does it mean to be asexual?

Have a question aboutAsexual?Ask a doctor now

What is an asexual?

Asexual people, or “aces”, have the physical capability of having sexual intercourse. Whether they actually want to have sex or not is a completely other issue. As such, asexuality can be set apart from celibacy. Celibacy is a choice, while asexuality is not. Celibacy is the decision to abstain from sexual acts whether for religious or moral reasons, for fear or trauma, or for other reasons. On the other hand, asexual people do not receive pleasure from sexual contact as other people typically do. Still, they may choose to have sexual interactions or even engage themselves in masturbation. This way, sex drive is differentiated from sexual attraction. They may choose to have sex to satisfy their curiosity, to attain physical pleasure or release from stress, to compromise with a romantic partner, in order to conceive children, or for other reasons.

Yes, asexual people can still have an intimate relationship with a sexual person or a fellow asexual person. Despite the lack of sexual attraction, they may still experience aesthetic, sensual or romantic attraction.

Aesthetic attraction is the appreciation of another’s physical appearance. This means an asexual person may have a crush and be physically attracted to a person. However, this typically applies to fantasies, such as to attractive celebrities or even fictional characters. But if this fantasy were to be brought to reality, an asexual person will not feel actual sexual attraction towards the person.

Sensual attraction is the desire for physical contact, although this does not necessarily lead to sexual activity. This can be hand-holding, hugging, cuddling, and more.

As such, we can distinguish emotional, romantic and sexual attraction as three different things. Being asexual does not restrict a person from having a relationship with a sexual person. For as long as both individuals understand each other and are happy, there are really no hard rules.

Sexuality is something that is fluid. Although it does not change easily, it is also not unthinkable for a person who was once sexual to become asexual, or the other way around. However, if you are a sexual person and you experience some sudden decline in sexual desire, it may be a symptom of an illness or a side effect of certain medication. If this explains what you are experiencing better, consulting with a medical professional is highly recommended.

The spectrum of sexuality spans from sexual to asexual. But while the two endpoints are clear, the gray areas in between are not.

One of the points that falls in the gray area is demisexuality. This is when a person experiences sexual attraction only after a strong emotional bond has been established between two people. However, this relationship does not have be a romantic in nature. A friendship is sometimes sufficient for a demisexual person as a foundation for sexual attraction. There is not really a hard and fast rule for a person to define himself as sexual, demisexual or asexual. The purpose of this spectrum is to expose people to various scenarios they may identify with and understand themselves better.

Another point in this long spectrum is gray-asexual (gray-a) or gray-sexual. This is for people who only experience sexual attraction very rarely, of an intensity so low that it's ignorable, or only under specific circumstances.

At the very end of the spectrum are non-libidoists. These are asexuals who have absolutely no sexual feelings at all.

These variations of sexuality or asexuality may form various combinations with different romantic inclinations. An asexual person may be heteroromantic, homoromantic, panromantic, biromantic or aromantic. The same applies with gray-asexuality and demisexuality.

Romance and sex are two ideas that are often coupled together. We hardly ever think of them separately. We assume that two people who are in a healthy romantic relationship will eventually have sex, when they are ready — be it on the third date or on the wedding night.

However, in order to understand the asexual community, we should distinguish one from the other. Asexuality is characterized by a general lack or a low level of sexual attraction. From this, we must separate sex drive and romantic attraction.

They do not equate sexual intercourse as an expression of love or romance. An asexual person can fall in love and be in a healthy romantic relationship without sex. But for sexual people, gender identities also apply. An asexual person may be attracted to a person of the opposite sex, of the same sex, of either sex or of neither sex. This is categorized as heteroromantic, homoromantic, biromantic, panromantic and aromantic. As such, an asexual person identifies himself in terms of his sexual preference as well as his romantic inclination.

Asexuals can have romantic relationships with both sexual and asexual people. There are no hard and fast rules when it comes to dating for asexuals. Asexuals may prefer to date other asexuals. This somehow makes the situation easier because less compromise is necessary between the two.

Finding another asexual you can fall in love with seems like a one in a million chance. But because of the internet, this has become easier. There are numerous dating platforms that specifically cater to asexual people. This allows aces to connect with each other. Other than dating platforms, there are also online asexual communities. Although this is not a dating platform specifically, it is still a medium for asexual people to find like-minded individuals. It is also a safe place to explore their identities and get to know themselves better.

It may be difficult for asexuals to explain their preferences to a sexual person, but when two people care about each other, nothing is impossible and compromise is key. Sexual persons should not be afraid to be involved with an asexual person. Even when your romantic partner is asexual, sex is not completely out of the picture. In fact, for some aces, sex still happens fairly often with their sexual partners. Even though the physical pleasure they get from the act is limited, they get pleasure from wanting to please their partners. That makes it equally enjoyable for asexuals and sexuals. Although their motivations may be different, the act itself is equally pleasurable and rewarding for the couple.

For people who are trying to figure themselves out, it is most important to know that he or she may not fit in a single label. Diversity is intrinsic to human society. You may be sexual, asexual, or somewhere in between. Rather than finding a label that suits you, allow yourself to explore the unknown honestly. You may not find an easy label to identify with, but this is the only true sure way of knowing and recognizing yourself.

More from FindATopDoc on Asexual 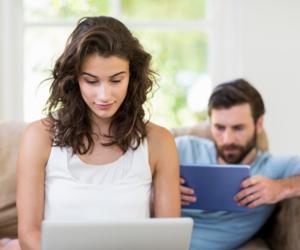 What are the side effects of a birth control pill?