What does dysentery mean?

It has happened to all of us - short stabbing pains in the stomach followed by a dash to the closest toilet. Diarrhea is easy to get because there are many factors that can upset our bowel movement functioning. However, not every diarrhea should be regarded as dysentery. Medically speaking, dysentery falls into the same category as diarrhea, i.e. gastrointestinal disorders. Dysentery is an inflammatory process that affects the intestines, particularly the colon. The major difference between “regular” diarrhea and dysentery is not only that dysentery includes liquid or loose stool, but it is accompanied with traces of blood and/or mucus. Other names for dysentery are campaign fever, bloody flux and shigellosis.

The history of dysentery is the history of the pathogen that causes it. By analyzing the disease’s samples, some of which were almost a century old, and another dating to modern times, recent studies have shown that the origin of dysentery is to be traced to Europe. European emigrants and colonizers consequently disseminated diseases to other continents. Throughout history, many famous people were thought to have died from dysentery, including King Henry V of England, Jacques Marquette, and Nathaniel Bacon. In addition, via massive infestations, dysentery has taken more lives than many wars. From ancient times onwards, dysentery was a deadly and silent companion to armies and it was constantly interfering with military plans. Outbreaks of dysentery have prevented French attacks on England in 1779, messed with participants of the American Civil War, the Crimean War, and the First World War.

Why does my newborn keep getting diarrhea?

Have a question aboutDysentery?Ask a doctor now

Unfortunately, the disease is still active and taking its toll among the population. The last major outburst happened relatively recently, in the 20th century, between 1969 and 1972, when almost 20,000 lives of Central Americans were taken. Even today dysentery kills people, especially children, in underdeveloped regions of the world where access to sanitary and hygienic facilities and fresh water is severely restricted. 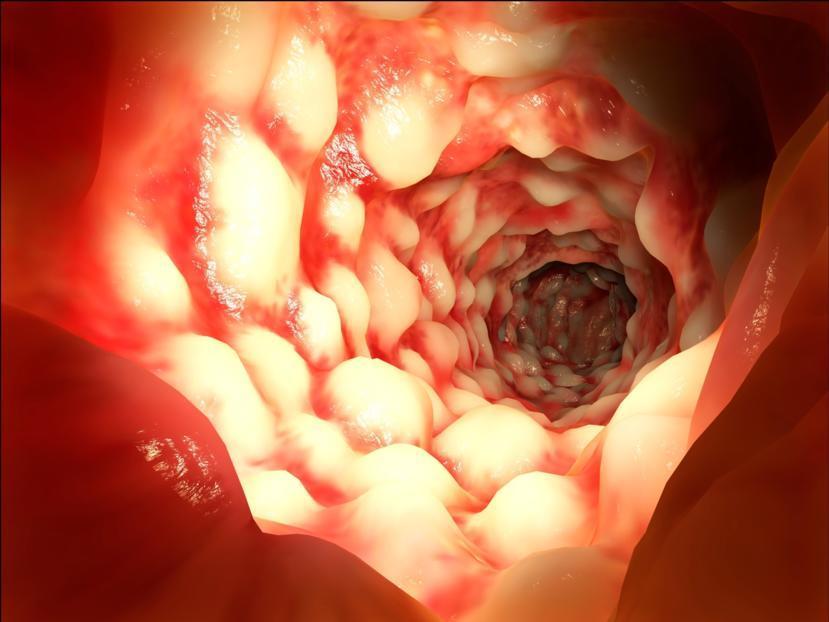 The manifestation of dysentery will vary in accordance with the region where the outburst happened. In the majority of cases, people who get dysentery in developed countries will have no serious complications. Their symptoms will be moderate, present themselves a few days after their incubation period and pass naturally in 7 to 10 days. These symptoms will include:

In rare cases, a patient may develop consequent lactose intolerance as a reaction. However, there are more extreme symptoms and outcomes of dysentery. The chance to experience them grows if you happen to get dysentery in the countries where adequate hygiene and medical care isn’t widely available. If you notice any of these warning symptoms, be alerted immediately, and ask for medical help:

Dysentery occurs when the microflora of bowels is disturbed. Microflora is usually disturbed when the number of certain organisms, domestic or foreign, increases extremely. These organisms, called microbes and parasites, can cause dysentery. There are 5 of them: Campylobacter, Escherichia coli, Salmonella, Shigella, and Entamoeba histolytica.

Campylobacter primarily comes from food. This is the most common group of germs which is responsible for food poisoning. Next stage involves diarrhea, vomiting, and fever. Avoiding campylobacter isn't complicated if we keep a few things in mind. Firstly, never use raw meat, especially poultry like turkey, chicken, and quail in your diet. Always make sure that the meat is fully cooked before serving because these germs are killed when cooked in high temperatures. Second, unpasteurized milk or water that hasn't been decontaminated can also be full of campylobacter. The same risk applies sometimes to mushrooms and conch. Finally, campylobacter can be transferred to you from animals if they are infected. However, this is difficult to determine since animals don't display signs of infestation. Washing your hands regularly after being in touch with animals, and making sure that all your food is fully cooked are the best ways to protect yourself and your family from getting campylobacter. This especially applies to people who have more frequent touch with animals and food, namely, employees in the meat industry and people working or living on a farm. 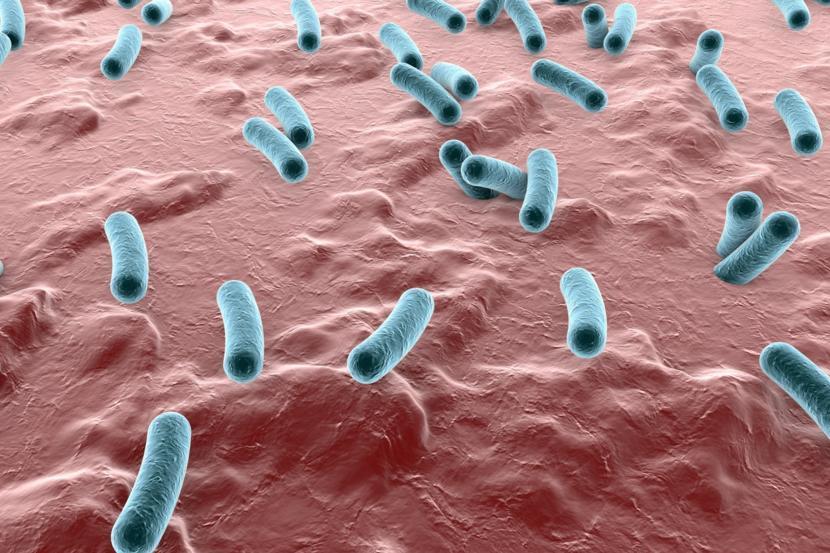 Other bacteria that cause dysentery are famous Escherichia coli. All of us have some type of Escherichia in our bowels, and they are harmless. However, some of the types aren’t so benevolent and they are accountable for a number of diseases and infections, including dysentery. The majority of the symptoms coincide with the ones which campylobacter cause. Fever, diarrhea, and vomiting are all regular signs, but infection which Escherichia produces can also include abdominal pains. Escherichia can be found in polluted food and this is the way it gets into our bodies. Another way to get Escherichia is by getting in touch with other infected people. There are a number of cases in which people get Escherichia while they're traveling because they are exposed to new foods, some of which isn't properly treated or prepared, and also by having a higher frequency of contact with a larger group of people. Of course, this doesn't mean that you shouldn't travel anywhere except your own country, but it does mean that is desirable to pay attention to where you buy your food.

The main source of Salmonella is the gut of the many animal species. Salmonella is also groups of bacteria that cause food poisoning, and the symptoms that these bacteria cause are the same. Therefore, consuming any kind of product that comes from infected animals, meat, eggs, milk, and other dairy products, can cause infection. Once you are contaminated, you can also become a means of spreading the bacteria in the case that you don't follow strict hygienic rules until you are cured. These rules include careful washing of hands after going to the toilet, regular cleaning of the toilet, exclusive personal use of towels, flannels, and beddings, and avoiding contact with a number of people until the infection is gone.

Two most common types of dysentery are amoebic dysentery and bacillary dysentery. These are caused by the parasite Entamoeba histolytica and the bacteria Shigella.

An alternative name for amoebic dysentery is amoebiasis. Entamoeba histolytica is a microscopic parasite that causes an intestinal illness. This kind of dysentery is typical for tropical climate and in areas with poor sanitation in general. The main means of spread are polluted food originating from contaminated soil and unsafe water. However, the principal source of the parasite is an infected human. The basic mechanism of spreading involves infected people, their fecal material which comes in contact with soil or water, and consequent use of contaminated food and water. In rare instances, direct contact with a person who carries the parasite but doesn’t show signs of infection can also cause dysentery.

With amoebic dysentery, symptoms can vary from none at all, mild discomfort, to severe complications. There are people who carry a parasite within themselves for years with no symptoms at all. Mild infestation will include abdominal sensitivity, nausea, loose stool, weight loss and fever. All these symptoms will pass naturally within a week. The more severe scenario includes parasites spreading outside the bowel and causing a liver cyst, hepatitis or an abscess. If you have traveled to areas with poor sanitation and you notice any of these symptoms, it’s best to visit a doctor. To make a diagnosis, he will need a stool sample and if your case isn’t critical, you will probably only get specific antibiotics that treat amoebiasis, such as metronidazole. Amoebic dysentery is usually not treated as an illness which requires seclusion, and you will be allowed to go to work or school. However, you should be mindful about personal hygiene and avoid sharing your food with others.

The term bacillary dysentery comes from bacillus, another name for the bacterium. In case you notice blood or mucus in your stool, there is an evident need to run some stool tests in the laboratory. In the majority of cases, these tests will show that your bowels are infected by bacteria Shigella since this is the most common type of dysentery. There are many subtypes of Shigella, but the Shigella dysenteriae, as the name shows, is the one that causes the complications and dysentery. Among all symptoms already mentioned, Shigella is particularly dangerous because it can cause dehydration due to the frequency of diarrhea. Patients suffering from bacillary dysentery may experience in extreme cases 15 to 30 stools per day, which naturally leads to exhaustion and dehydration of the entire body. This is especially present if infection occurs in children, elderly people, people with compromised health and pregnant women. Alarming symptoms of dehydration will include:

To prevent dehydration, an extra amount of fluids needs to be taken regularly. Also, for fighting infection in general, certain foods and plants should be included in the nutritional plan.  Peppermint, Chamomile, Goldenseal, grape leaves, parsley, garlic, and grapefruit all possess proven antibacterial and antiparasitic properties.

In conclusion, the best way to fight any kind of dysentery is not to get it in the first place. To do so, take good care of your personal hygiene at all times, and include frequent hand washing in your daily routine, particularly after using a toilet, before preparing and eating your meals. Also, treat your food adequately in terms of washing and cooking. When traveling, be cautious about areas with poor sanitation and don’t buy food on the street if the vendor doesn’t possess sanitary certifications.

Is Diarrhea a Serious Condition?

What are the Bacterial Causes of Diarrhea?

More from FindATopDoc on Dysentery 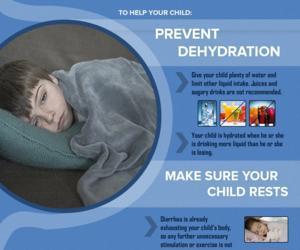 Helping Your Child Cope With Diarrhea

My little one is passing extremely watery stools for...

What can be the cause of my diarrhea?

Diarrhea after going to the chiropractor?

How to treat diarrhea with yellow liquid?