Gastric cancer, also known as stomach cancer, begins when cancer cells form in the inner lining of the stomach. This disease does not show clear signs and symptoms until it enters the later stages. The cancer may spread from the stomach to essential parts like the liver, lungs, bones, and lymph nodes. While stomach cancer remains a rare disease type, it is dangerous because of its difficult diagnosis in the early stages. The treatment gets complex and difficult as cancer spreads out to other parts of the body.

What Is Gastric Cancer?

When normally healthy cells within the upper digestive system tend to grow abnormally and form tissue masses (tumors) in the inner lining of the stomach, it causes Gastric or stomach cancer which grows slowly over time. The disease either produces no symptoms or only non-specific symptoms in the early stages. Stomach cancer is more likely to affect older adults, smokers, and people with family history of stomach cancer.

The people who are more prone to developing this type of cancer than others are:

Gastric cancer is the fifth most common type of cancerous disease and third most cause for cancer-related deaths. It results in about 723,000 deaths each year. Stomach cancer begins when the structure of DNA changes, leading to an uncontrollable growth of the cell count. It occurs twice as much in men as compared to women, since estrogen in women might play a role in protecting against this cancer.

People with the Helicobacter pylori infection are prone to developing the disease. The active smokers are 40% more likely to get gastric cancer and the count rises up to 82% for heavy smokers. Certain types of foods like red meat, smoked meat, and salt rich foods are linked to greater risk of stomach cancer. About 1 to 3% of gastric cancer develops due to the inheritance of genetic syndromes from the parents. Other risk factors include diabetes, chronic gastritis, pernicious anemia, and intestinal metaplasia.

What Are the Symptoms of Gastric Cancer?

While gastric cancer is a disease that is difficult to diagnose in the earlier stages, some initial symptoms might include:

As cancer grows, some serious symptoms become more prevalent in the later stages of gastric cancer. These include:

There are five clinical stages of gastric cancer which are found out after samples show the presence of cancer cells. Various tests are used to acknowledge the extent of the tumor and what body parts it has affected. These clinical stages include:

Stage 0: This stage of Gastric cancer means the growth of cancerous cells is limited to the inner lining of the stomach. This stage can be treated without the help of chemotherapy or radiotherapy.

Stage 2: The penetration to 2nd or 3rd layers of the stomach lining and more distant nodes, or penetration to all four layers without spreading to nodes is treated with the same process as stage 1 but with additional neoadjuvant chemotherapy.

Stage 3: Stage 3 of gastric cancer means that cancer has penetrated the third layer and more distant node, or fourth layer of the stomach lining along with more distant nodes or tissues nearby. It is treated the same way as stage 2, and a cure might still be possible in certain cases.

Stage 4: A cure is very rarely possible at this stage. Stage 4 means that the cancer has metastasized to other body organs. In this stage, techniques and treatments are undertaken to prolong survival and improve the symptoms including laser treatment, surgeries to keep the digestive tract open, and chemotherapy with drugs.

The curing of gastric cancer becomes difficult as cancer grows and enters later stages. But since the disease shows very less clear symptoms in its early stages, it is mostly diagnosed when cancer has advanced into later stages. Its treatment might include surgery, chemotherapy, and radiation therapy. The only curative among all the treatments is surgery in which the tumor is removed along with the inner ling of the stomach. However, when it comes to chemotherapy, drugs are used to reduce the size of the tumor. This is used as an aid to the patients who undergo surgery to reduce the risk by reducing the size of the tumor. Sometimes, radiation is also undertaken adjuvant to chemotherapy. A person has better rates of survival if the disease is diagnosed in the early stages. The methods adopted for each stage is different, with an aim at curing in the initial stages to prolonging survival in the later stages. The methods of treatment adopted also depends upon the origin of cancer.

Gastric cancer is more common in the developing countries. It is more likely to occur in men than women and it occurs in less than 5% of people below the age of 40. You can lower your risk of developing the disease by maintaining healthy weight, eating a nutrition rich diet with low fat count, regular exercise, and avoiding smoking & tobacco. You should also keep a check on the regular consumption of aspirin to prevent heart diseases. For people who are at higher risk of developing stomach cancer, the doctor might prescribe drugs to lower their level of risk. Cancer becomes difficult to treat when the origin is unknown. Only about 29% of all the gastric cancer patients survive up to 5 years after being diagnosed with the disease.

Will my son's gait abnormality be treated?

Why do I feel cloudy vision when exposed to bright...

Can a dentist fix half a tooth?

More from FindATopDoc on Gastric Cancer

Why do I have high cholesterol after my bypass surgery? 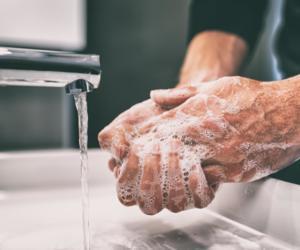