Osteoporosis is a disorder that causes the bones to become brittle resulting in greater susceptibility to falls. It occurs when the bones lose essential minerals like calcium, more rapidly than the body’s ability to replace them, leading to a significant loss of the bone thickness

Osteoporosis Can Cause Fractures

When bones become less dense or thinner, just a minor bump can trigger a serious fracture. Osteoporosis can affect any type of bone, but the commonest sites are the wrists, hips, and spine. Fractures occurring in the spine can lead to detrimental height losses or posture changes. Osteoporosis isn’t normally accompanied by physical symptoms until a fracture occurs. That’s why osteoporosis is sometimes described as the "silent disease".

What are the symptoms of osteoporosis?

Have a question aboutOsteoporosis?Ask a doctor now

People with specific risk factors for this condition should undergo thorough examinations by a medical professional. Anyone who’s over 50 years of age and experiences a broken bone whenever subjected to minor bumps or falls should be keenly investigated for osteoporosis. Such fractures can cause disability, chronic pain or even premature deaths. Therefore, managing bone health to prevent fractures should be everybody’s priority.

The risk of prospect fractures increases with every new fracture - and this referred to as the "cascade effect". For instance, women who had suffered spinal fractures over four times are more susceptible to another fracture within twelve months. It’s important that osteoporosis is identified and treated to avoid any further fractures.

Your bones are responsible for several body functions. They provide structural support and protection for the internal organs. Bones store calcium and work together with your muscles to initiate movement in the body. Each bone is composed of two kinds of bone tissues: the cortical bone and the trabecular bone.

Above the age of thirty-five years, the amount of bone that’s eliminated and the amount that’s produced get a slight imbalance due to aging. As a consequence, the amount of bone tissue begins to reduce. This condition is often referred to as "bone loss". It doesn’t necessarily mean to be different physically. Nevertheless, the internal cortical shell becomes thin and the struts that form the inner structure also become thinner, or even break down sometimes. This leads to the development of holes inside the honeycomb making the structure become larger.

This drastic change in bone quality has a great influence on your later life. That’s why bones become fragile while fractures become more rampant in old age. There are several factors that can interfere with the balance of bone remodeling resulting in osteoporosis.

Research has confirmed that women are more prone to osteoporosis as compared to men since bone loss becomes rampant as menopause sets in. Again, women tend to possess smaller bones than men.

Bone loss isn’t a disorder that affects women only, though it has always been a common misconception. If you’re a man, you might think that osteoporosis cannot affect you as it’s solely a woman’s problem. However, it has been proven that 1 in every 5 men break their bones after the age of fifty due to low bone strength. Some men suffering from osteoporosis have testified that this kind of confusion can at times make it difficult for people to cope with the disorder and seek medical assistance.

Osteoporosis: Everything You Need to Know

What Are the Symptoms of Osteoporosis?

More from FindATopDoc on Osteoporosis 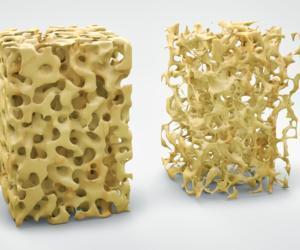 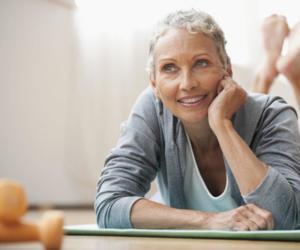 How Is Osteoporosis Treated?

I have osteoporosis and a spine fracture. How long will it take for me to be fully cured?