This condition is common in infants, and while it is usually found in children, adults can be affected too. The infection in the middle ear is often caused by a common cold, flu or other respiratory infection. These types of infections can impact the middle ear because it is connected to the upper respiratory tract. The eustachian tube is the minuscule passageway connecting the body parts. Germs found in the nose and/or sinus cavities can travel through the eustachian tube, make their way to the the middle ear, and start growing there. Thus, when such bacteria or virus spreads it can result in ear infections.

What is the best antibiotic for an ear infection?

These ear infections are very common and most parents are aware of this. In fact, a study showed that ear infection was the reason why more than 30 million visits were made to the pediatrician or doctor in a single year in the United States alone. We can imagine how large the number would be if the whole world was taken into account.

The middle ear is a tiny place that should be well-ventilated by the air that passes through from the nose to keep it dry. When fresh air is unable to pass through the middle ear due to a clogged or blocked eustachian tube, the middle ear becomes damp, warm and stagnant, thus creating the perfect breeding place or ground for germs. In infants and young children, the eustachian tube is underdeveloped and very soft. This creates a difficult condition for air to properly pass into the middle ear. Other factors like allergies, sinus infections, the common cold and post nasal drainage are also some reasons that hamper the functioning of this tube thus resulting in infections within the middle ear.

Who is at Risk of Ear Infections?

Younger children have eustachian tubes that are shorter and more narrow thus making them more vulnerable for ear infections than adults. Other factors that make a person more susceptible to ear infections are:

Symptoms of an Ear Infection

How are Ear Infections Diagnosed?

After observing the medical history, doctors typically examine a patient's ears with a tool called an otoscope. It has a magnifying lens and a light that helps them see the inside of the ear canal better. This otoscope examination may reveal redness, pus, fluid and a perforated or bulging ear drum. These are all factors indicating ear infections.

In certain cases, doctors may take a sample of the fluid from the ear and have it analyzed to find out the cause of the infection. If the infection is severe, the doctor may recommend a CT scan of the head to see if the infection has spread beyond the ear canals.

In patients who have chronic or recurring ear infections, a hearing test may be necessary. This is because chronic ear infections can cause permanent damage to the ears.

A mild ear infection usually does not need any special treatment as it will clear up on its own. However, the following methods can help to relieve symptoms.

If your ear infection does not improve or the symptoms seem to be worsening, always consult your physician. Your doctor may prescribe antibiotics in these cases.

If the ear infection is due to enlarged adenoids, your doctor may recommend surgical removal of the adenoids. Actual ear surgery may be recommended if the ear infections do not seem to improve with medical therapy. In this procedure, a tube may be inserted inside the ear to drain out the pus or other fluids.

What is a Middle Ear Infection?

Will swimmer's ear go away by itself?

How Can I Prevent an Ear Infection?

Pain in child's ear. Should we take him to the doctor? 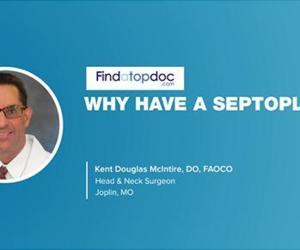 Spotlight Video | Why Have a Septoplasty? | Kent D.... 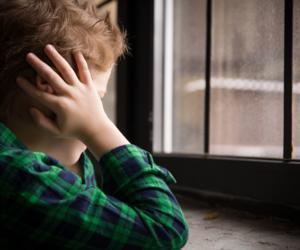 What are the Signs and Symptoms of an Ear Infection?

Why do I keep getting repeated ear infections?

How do doctors remove fluid from your ear?

How to Clean Your Ears