What Occurs During The Different Stages of Prostate Cancer?

Prostate cancer is analyzed through stages depending on the extent of the cancer in the body. There are a number of ways used to determine how far it has spread. The American Joint Committee Cancer (AJCC) TNM system is commonly used.

Can surgery help with prostate cancer?

What Is The TNM System?

There are 5 main things analyzed through the TNM system. They include:

This category is analysed through 4 stages that range between T1 and T4 as explained below:

T1 a) Here the cancer is usually detected by accident and it will have affected less than 5% of the prostate gland.

T1 b) The cancer has affected slightly more than 5% of the gland.

T1 c) A needle biopsy test is done to detect it due to an increase in PSA.

T2 a) The cancer will have affected only 50% of one side of the gland.

T2 b) The cancer has spread to more than 50% of one side of the gland.

T2 c) The cancer has affected both sides of the glands.

T3 a) Here the cancer has spread beyond the prostate gland, but it is yet to reach the seminal vesicles.

T3 b) The seminal vesicles have already been affected by the cancer.

This explains whether the cancer has affected the surrounding lymph nodes. It is a stage meant specifically for lymph nodes. Lymph nodes are the closest to the prostate.

This explains whether the cancer has crossed over to other parts of the body such as the liver, bones and lungs.

The PSA Level and Gleason Score

These two are determined only if they are available.  The results of these tests together with the TNM results determine the general stages of prostate cancer.

Prostate cancer therefore occurs in different stages depending on how much it has affected the body tissues and parts. The earlier the detection of the cancer, the easier it will be to cure it. Should symptoms appear, consult a doctor as soon as possible.

At what age is cancer screening recommended?

How will my treatment ensure that my prostrate cancer... 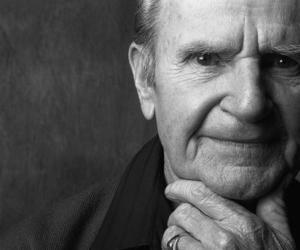 What Are the Different Stages of Prostate Cancer?

Is radiotherapy effective for prostate cancer?