When the digestive system is attacked by a bacterium, bacterial gastroenteritis is caused. It mostly happens when someone consumes unhealthy foods or gets too close to animals carrying harmful germs or toxic substances. This type of diarrhea causes nausea, cramping, abdominal pain and some other displeasing symptoms.

If someone or a whole group of people eat the same food contaminated with diarrhea-causing bacteria, all of them may get affected with this disease. Diarrhea caused by bacteria is also known as food poisoning. Sometimes it occurs when people eat unhygienic musty foods outside the home or join social gatherings at unhealthy restaurants.

There are several types of bacteria that cause normal to severe diarrhea. Some of them are,

Bacteria is all around the world, they are everywhere. When they get into contact with food and when people eat that food, they have diarrhea. Here is how foods get contaminated with germs or bacteria:

For instance, several medications like antibiotics may also become a major cause of diarrhea since they could kill both the harmful and harmless bacteria when fighting off the infection. Due to this, the natural balance of bacteria may get disturbed in the intestines leading to the occurrence of diarrhea. The other medicines/drugs which can cause diarrhea are:

• Laxatives- intake increases or decreases the frequency of bowel evacuation

The patient information leaflet provided with the medicines must clearly indicate whether diarrhea is a possible side-effect of the medicine or not.

• Damage caused in the intestinal lining due to radiotherapy

• Irritable Bowel Syndrome (IBS): A disorder which affects the large intestine (colon) and causes disturbance in the normal functioning of bowel movements.

• Coeliac disease: An autoimmune disorder which primarily affects the small intestine and exerts an adverse reaction to the gluten containing foods.

• Inflammatory bowel disease: A condition where a group of intestinal disorders may arise in the digestive tract and the gut becomes inflamed. The most common type of these diseases include Crohn's disease and ulcerative colitis.

• Bowel cancer: This may cause diarrhea and the stools may include blood.

• Chronic pancreatitis: A condition caused due to the inflammation of the pancreas.

• Bile acid malabsorption: During this, the bile produced in the liver accumulates in the digestive tract leading to severe infections.

• Diverticular disease: Small bulge or pockets develop in the intestinal linings and swell.

Persistent diarrhea may also occur sometimes after the surgical operation is performed to remove a part of the stomach (as a treatment for stomach cancer), like in gastrectomy.

Signs and Symptoms of Diarrhea:

• Dryness on the skin and lips

• Little or no urination

In Infants and Young Children:

• Loss of water from the body leading to the absence of urination for three or more hours and crying without tears.

A stool sample will be required to analyze if bacteria is responsible for the infection or not. Doctors may ask several questions regarding one's illness and give tests to find out which bacteria is causing the diarrhea. If someone suffers from dehydration due to diarrhea, a blood sample is collected from them.

Dehydration is a very common problem which occurs due to diarrhea. Thus, the goal of its treatment is to keep one properly hydrated. The patient's body must contain sufficient amount of sodium, potassium and salt to avoid severity. If the situation gets very bad, the patient will have to be treated with powerful antibiotics.

In the case of mild diarrhea, taking care of few things and having a healthy diet could prove beneficial. The patient should:

None can get rid of bacteria as they are a part of everyday life. There are lots of useful bacteria living happily inside the human body and it is continuing for ages! However, the diarrhea causing bacteria are undoubtedly harmful to human body and one must remain safe from those kind. The easiest way to avoid this type of diarrhea is to eat healthy foods, drink fresh water and keep the kitchen appliances neat and clean so that there are less chances of getting this disease.

How Is Diarrhea Diagnosed?

What are the symptoms of food poisoning? 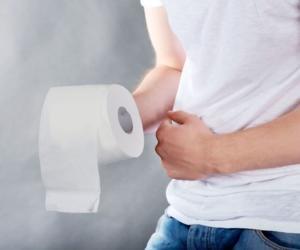 Foods to Avoid If You Have Diarrhea 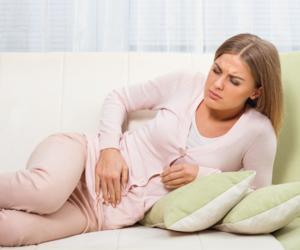 What can be the cause of my diarrhea?