Individuals with bulimia are often at the correct weight for their height. However, the mindset of an individual with bulimia causes them to desire to lose weight, or it makes them fearful of gaining weight. Overall, the individual is dissatisfied with his or her body. This eating disorder is found to be more common among women than men, and it often starts in early adulthood. 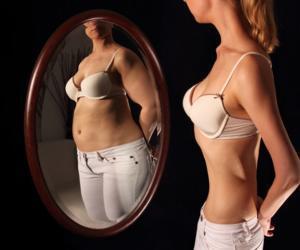 Have a question aboutBulimia?Ask a doctor now

The cause of this eating disorder is still unknown. Experts say that it can be a combination of different factors that are responsible for this behavior. Apart from biological and environmental factors influencing this disorder, personality, emotions, and thinking patterns can also lead to this behavior. One of the most common traits that an individual who practices bulimia possesses is low self-esteem. Bulimics often depend on purging to improve their self-worth.

Studies show that hormonal imbalances are associated with the onset of this eating disorder in women. People who have experienced trauma, extreme stress, or those who were victims of abuse, are at risk for this disorder. It has been discovered that bulimia commonly runs in families, emphasizing that heredity plays a role in the development of this disorder. Bulimia is associated with other psychological disorders, including personality disorders, depression, and obsessive-compulsive disorder. Pressure to look thin, particularly among dancers or models, also increases the risk of bulimia.

The signs of bulimia are:

If left untreated, bulimia may result in a number of complications, including:

People with eating disorders receive psychological counseling to overcome the urge to binge and purge. Antidepressants may be recommended in some cases. Any treatment option received tends to restore healthy eating habits of the individual suffering from this disorder.

Bulimia Nervosa: Get the Facts

More from FindATopDoc on Bulimia

How does CBT work for bulimia? 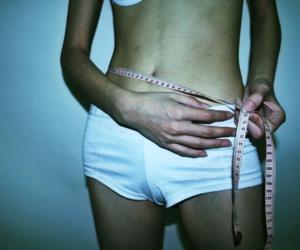