Diabetic ketoacidosis (DKA) is considered to be one of the most severe metabolic imbalance associated with type 1 diabetes mellitus. Type 1 diabetes mellitus is also known as insulin dependent diabetes mellitus, wherein a patient depends upon external sources of insulin as its body is unable to make it as per the body’s requirement. DKA is seen very commonly in about 35% to 40% of young diabetic patients including small children and teenagers when diagnosed with type 1 diabetes. Patients who are not suffering with type 1 form of diabetes could also fall under the risk of acquiring DKA condition due to various other reasons. Every diabetic patient irrespective of the type of diabetes, can develop DKA, when facing any other form of illness.

Diabetic ketoacidosis  is often a serious condition that may require immediate hospitalization for the patient. Approximately, 160,000 hospital admissions per year in the United States occur in this regard. Unfortunately DKA is seen to show maximum complication in young adults including teenagers and of course the elderly patients. Complication arising out diabetic ketoacidosis also accounts for a number of deaths in the US for children and young patients suffering from diabetes. The biggest challenge in the management of this condition comes with the lack of awareness of the unmanaged diabetes in patients that is not taken very seriously event today.

What is Diabetic Ketoacidosis?

Diabetic ketoacidosis is a life threatening complication associated with diabetes. This condition arises when the body produces excess quantities of ketoacids. The risk of developing ketoacidosis is greater in people with Type 1 diabetes. The condition develops when the amount of insulin produced by the body is insufficient. As insulin levels drop, the body starts breaking down fats to produce energy, which results in the accumulation of ketones. This condition, when left unattended, might lead to diabetic ketoacidosis. Understanding the warning signs of this condition is very important, particularly if you are at a higher risk for developing diabetes.

The symptoms of this condition often develop within 24 hours. In some cases, this may be the first symptom of diabetes in a person.

The most common symptoms of ketoacidosis include:

This condition is often detected by the presence of high sugar and ketone levels in the blood.

One should seek immediate medical attention if:

When multiple signs and symptoms of ketoacidosis are present in an individual, it should be considered as an emergency situation, and treated immediately.

In case of patients suffering from type 1 diabetes, their pancreas are unable to synthesize the food effectively to produce a hormone known as insulin which is responsible for the right absorption of glucose by the body’s cells so as to generate energy.

Glucose, is a form of sugar that is acquired from the foods we consume everyday. This glucose is the fuel for the body as it gives energy to the cells of the body to carry out their everyday functioning. People suffering from diabetes are unable to meet the glucose requirements of their body and hence their body looks out for alternative sources of energy to keep everyday functioning on.

However, as the body continues its search, the glucose that is being generated from the food begins to start building up in the blood levels which eventually raises the glucose levels in the blood, with the insulin levels being extremely low.

Since the body is unable to recognize the glucose supply, the cells begin to break down the fat which is stored in the fat cells of the body so as to be able to release energy. However, it actually begins to release a compound known as ketones. Ketones start building up in the blood which make the blood pH levels highly acidic. This causes a complete dysfunction in the enzymes of the body that regulate the body’s metabolic processes. As the levels of ketones go about increasing in the body they start to cause an imbalance in the sugar and electrolytes levels of the body.

Ketoacidosis normally occurs when the insulin levels in the body are not adequate. This could happen due to various factors such as infections, illnesses, dehydration and various other factors. It normally happens when people who have lesser amounts of insulin in their body experience high blood sugar levels.

Diabetic ketoacidosis is triggered by a number of factors including:

Who is at Risk of Diabetic Ketoacidosis?

The risk for developing this condition is higher in people with Type 1 diabetes, those who are younger than 19-years-old, and those who miss insulin doses during therapy.

When the insulin requirements of the body are not met it causes the condition to occur. People who are suffering from health conditions like UTI or pneumonia are also at high risk of suffering from  diabetic ketoacidosis.

Treatment for diabetic ketoacidosis is usually done in the hospital. In most cases, treatment is provided in three stages. In the first stage, fluids are provided orally or intravenously for rehydration. This will help in diluting the sugar content in the blood. As the condition may affect the electrolyte content of blood, electrolytes may be provided through veins for normal functioning of muscles and nerves. As the third stage, insulin therapy is recommended to reverse ketoacidosis. Additional treatment may be suggested on a case-to-case basis.

Can Diabetic Ketoacidosis be Prevented?

For a diabetic patient the risk of ketoacidosis is always high. Hence, one of the best ways to prevent this condition from occurring is to keep your blood sugar always under control. More importantly if you are on insulin medications then make sure you are not skipping your insulin under any circumstances. In case you are suffering from any specific illness or feeling just under weather, make sure you keep a tab on blood sugar to make sure that the readings are neither too high nor too low. Speak to your healthcare practitioner to know what should be your levels of blood sugar that could turn into an emergency.

As a preventive measure make sure you record your diabetic readings particularly when you are either unwell or stressed out. If need be you may even have to do your tests in the night should you expect any form of emergency.

Untreated diabetic ketoacidosis could cause irreversible complication in the body and in a number of cases could even result in death. Some of the main complications associated with this condition are:

Untreated diabetic ketoacidosis can cause a person to faint or even go into a state of coma which eventually could even cause death.

Can diabetes be cured with homeopathic medication?

Is There a Connection Between Vitamin D Deficiencies...

More from FindATopDoc on Diabetic Foot 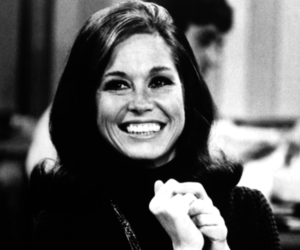 What are the symptoms of diabetes?

Can lack of sleep cause diabetes?

What should the diet of a diabetic patient ideally include?

My 7 year old son is diagnosed with type 2 diabetes. Will it affect his growth?