There are two types of nosebleeds:

Have a question aboutNosebleed?Ask a doctor now

Nosebleeds are not serious health complications, but can be very irritating and can become a nuisance. These bleeds are very common in children between the ages of 2-years-old and 10-years-old, and also among elderly people. In many cases, the actual causes for nosebleeds are unknown.

The most common cause for bleeding from the tissue lining in nose is trauma to the organ include:

Some of the factors that may increase the risk for nosebleeds include: 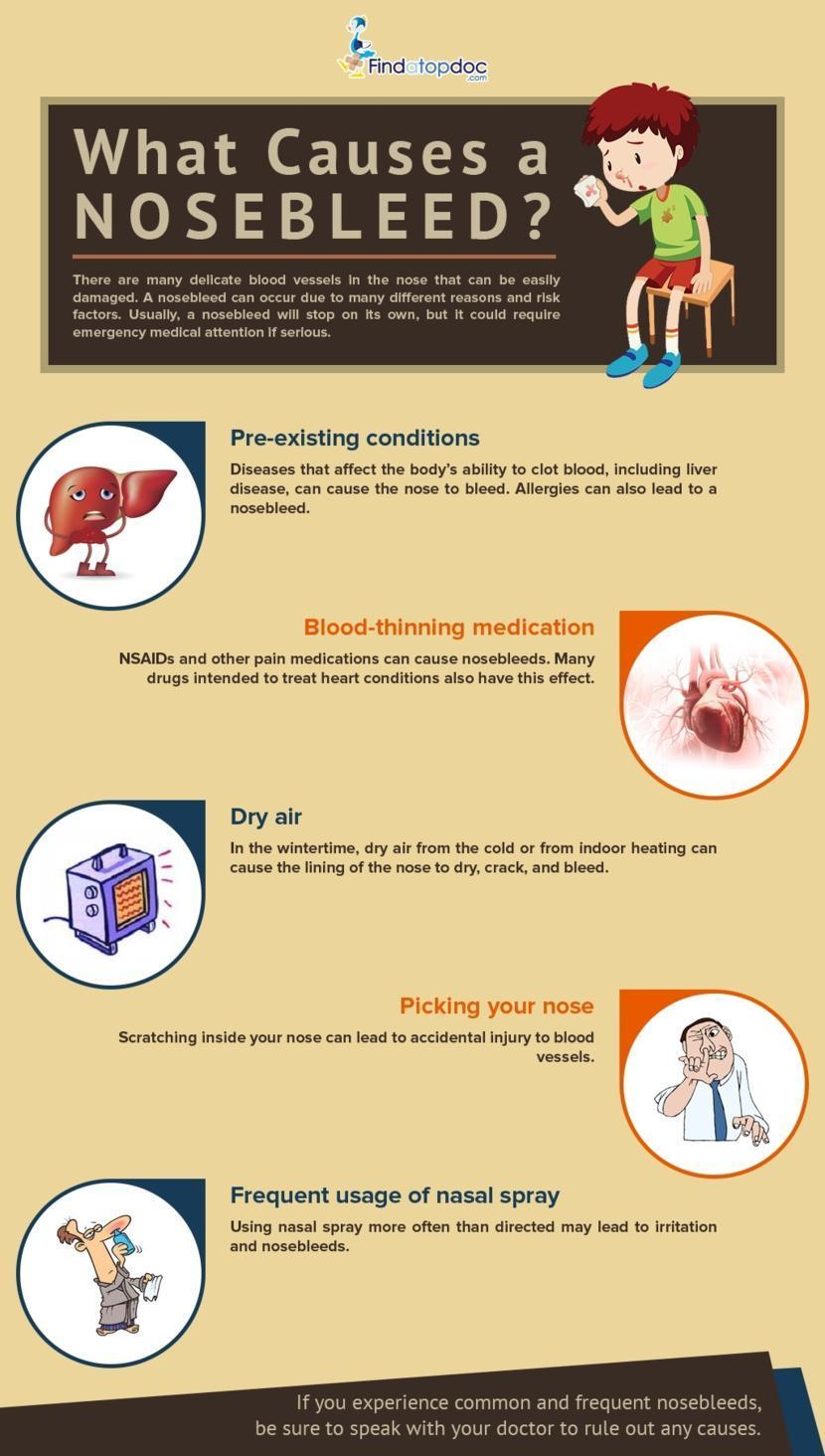 One should immediately get medical attention if:

Avoiding vigorous blowing of the nose and nose picking would suffice to control the bleeding. At home, if you are to get a nosebleed, sit straight and lean your head forward. Close the nostrils with your fingers for about 10 minutes, and spit out the blood in the mouth to avoid vomiting.

Anterior nosebleeds are treated through cauterization with silver nitrate. If bleeding is persistant, doctors may recommend nasal packing to prevent blood loss. Sinus infections can be prevented by taking antibiotics. For posterior nosebleeds, doctors may suggest packing, pain medications, and sedatives to alleviate the symptoms.  In most cases, nosebleeds occur during the cold, dry months. Using petroleum jelly or nasal saline spray may be helpful in keeping the nasal cavity moist. Quitting smoking helps to reduce dryness and irritation in the nasal passages.

More from FindATopDoc on Nosebleed 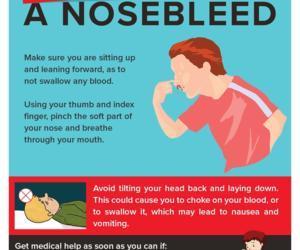 How to Stop a Nose Bleed

What is the main cause of a nosebleed? 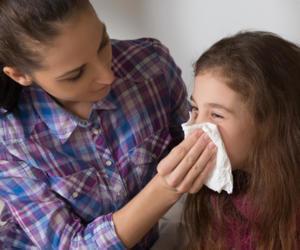