Huntington’s disease, earlier known as Huntington’s chorea, is a genetic disorder characterized by the degeneration of neurons in brain. This inherited disorder may affect a person's movement, thinking, and behavior. This disease affects about 15,000 people in the country, and about the same number of people are at an increased risk of developing it. In most cases, the disease is caused by the presence of a faulty gene, while in few, no family history is noted. Complete cure for the disease is not available. Although it is difficult to prevent the progression of physical and mental deterioration, medications are now available to manage the symptoms.

The symptoms of this disease may first appear during childhood or mid-life. The type of symptoms that first appear in a person may vary depending on the individual. Symptoms may be categorized into movement, cognitive, and behavioral disorders.

My husband works in a pathology lab. Should be undergoing...

Some of the common movement symptoms include:

Huntington’s disease may affect the cognitive abilities of a person including:

Depression is one of the most common psychiatric disorders seen in patients who have Huntington’s disease, which can be caused by injury to brain cells.

Some of the psychiatric changes seen include:

During the early stages of the disease, the symptoms may remain simple and the person may be able to carry on with his or her normal activities, like driving and working with some help from others. As the disease progresses, movement complications, like falls and accidents, may increase. Difficulty in speaking and swallowing is also common during this stage. One may have to depend more on others for day-to-day activities during the late stages of the disease. Fidgety or clumsy movements, slurred speech, and difficulty in learning may all increase.

What does it mean if you test positive for leukocytes...

My dentist told me I need a bridge. What is the process...

Can a chiropractor help me with my SI joint pain?

More from FindATopDoc on Huntington's Disease

What happens if a torn ACL is not repaired? 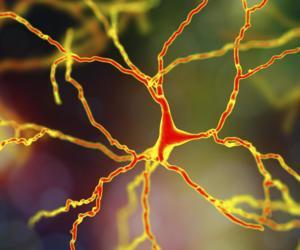