Adrenal glands are located above the kidneys and are responsible for producing certain hormones that are essential for the normal functioning of the body.

Why do I feel so drained 3 months after my delivery? 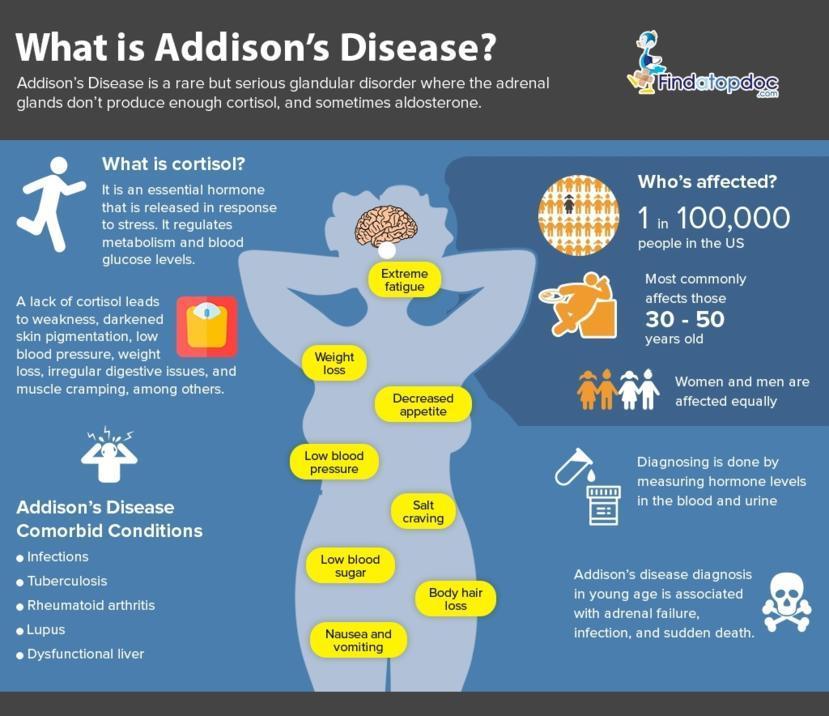 Addison’s disease is also described as adrenal insufficiency. It affects people of varied age groups, and is particularly common in the age group of 30 to 50 years. It can occur in both men and women. In some cases, Addison’s disease can also be fatal.

The main treatment for Addison's disease revolves around taking hormone replacement therapy to replace the insufficient amount of hormones that are secreted by the adrenal glands.

What triggers Addison’s disease in a person?

Addison's disease mainly occurs in a person when the layer covering the adrenal glands, also known as the adrenal cortex, undergoes some form of damage which reduces the levels of the hormones produced by the gland. There are several factors associated with this damage including:

What are the signs and symptoms of Addison’s disease?

There are some signs and symptoms that can help identify Addison’s disease early on in a person. Some of these symptoms include:

If this disease is left untreated for long, it can go on to become a serious health concern requiring medical attention since it could even become life-threatening. If you notice any of the above symptoms, even if they overlap with symptoms of other diseases, you should still bring them to the attention of a doctor as soon as possible. It is a medical emergency if the person is also experiencing:

Craving salt can often be a sign of a serious underlying disease or medical condition like adrenal insufficiency or another condition known as Bartter syndrome. Adrenal insufficiency, also known as Addison’s disease, can cause a serious salt craving in a person, which may seem unusual or persistent. When this symptom is accompanied by the signs and symptoms mentioned above, it could become concerning and require serious medical intervention.

Diagnosing Addison’s disease in a person

Addison’s disease is diagnosed in a person by the treating doctor after first taking down the medical history of the patient and checking his or her symptoms. A physical examination is also necessary to check what can be traced externally as the next step would be to conduct certain lab tests in order to complete a more detailed diagnosis including checking the potassium and sodium levels. The doctor may also do a few scans and imaging tests to see the position of the adrenal glands as well as check the hormonal levels in a blood test.

There are a few ways that Addison’s disease is treated, which include oral corticosteroids as well as corticosteroid injections. Primarily the treatment is centered around a hormonal treatment in which the balance of the hormones is corrected.

Oral corticosteroids include medicines like hydrocortisone, prednisone or cortisone acetate which are used to replenish the levels of cortisol. The doctor may even recommend fludrocortisone which mainly replenishes the levels of aldosterone in the body.

Corticosteroid injections are another way of hormone replacement therapy suggested for patients who are severely ill with symptoms like vomiting and who can’t consume the oral corticosteroid medications.

Doctors also suggest an increase in sodium intake, particularly during exercise, when the weather is extremely hot or cold, or in case a person is suffering from gastrointestinal conditions like diarrhea. The doctor also suggests an increase in the doses if you are scheduled to undergo a severe operation or in case you are undergoing a secondary illness or an infection.

Addisonian crisis is a medical condition that can be fatal. It could result in lowered blood pressure levels, sugar levels and severely high levels of potassium in the body. This situation is usually a medical emergency, requiring immediate care and attention. The treatment normally includes IV injections of hydrocortisone, saline and glucose.

Can COVID infection cause kidney damage 2 months after?

All About Manuka Honey

More from FindATopDoc on Addison Disease

if your kidney is shriveled are you missing the adrenal... 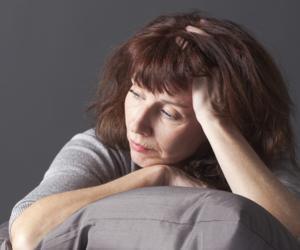 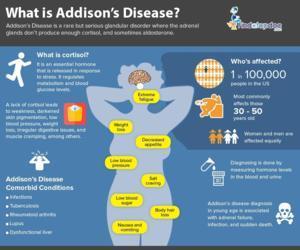 if your kidney is shriveled are you missing the adrenal gland that goes on it?