Carpal tunnel release surgery is a medical procedure that is used to relieve symptoms caused by carpal tunnel syndrome (CTS). Such symptoms include pain in the hand, tingling, and numbness. The procedure involves separating the ligaments in your hand to help relieve pressure on the nerve that regulates feeling and movement. Both early and mild symptoms of carpal tunnel syndrome are not usually treated with surgery. However, if the symptoms persist and intensify after about 6 months of non-surgical treatment, you may consider going for carpal tunnel release surgery.

CTS is thought to be usually caused by injury of the carpal tunnel through such things as repetitive actions of the wrists and hands, the use of vibrating machines, and wrist fractures or sprains.

What exercises can I do to avoid carpal tunnel?

When Would I Need Carpal Tunnel Release Surgery?

Patients with carpal tunnel syndrome will first try non-surgical methods before going for surgery. The most common non-surgical treatments for CTS are:

If all the above measures fail to alleviate the symptoms of CTS, some surgeons will first have the electrical activity of the median nerve measured using an electromyogram (EMG) to confirm the diagnosis of CTS. If the condition is indeed CTS, then your doctor may recommend carpal tunnel release surgery.

Carpal tunnel release surgery is an outpatient procedure, meaning you can have the procedure and go home the same day. Before having the operation, you should let your doctor know about the medications, including any supplements and natural remedies, that you have been taking, with or without a prescription.

You should follow all your doctors' instructions to the letter so that the operation and your recovery go smoothly. Your doctor will tell you what time you have to be in the hospital for the operation. Make sure you arrive on time.

Other things to ask your doctor about the surgery include:

There are two types of carpal tunnel release surgery. The traditional method, known as open release, is a procedure where the doctor cuts the wrist open. The second method is known as endoscopic tunnel release, where an endoscope (a thin, flexible tube with a camera at the end) is inserted into the wrist through a small incision. The camera is used to guide the surgeon as he/she performs the operation. The surgical tools are used in the surgery are inserted into the wrist through another incision in the palm.

In both surgical methods, a certain sequence needs to be followed:

Once the procedure is complete, you will be observed for a short time and if things go well, you will be released and be able to go home. Some rare complications may require that you stay in the hospital overnight.

As in other types of surgeries, carpal tunnel release surgery is accompanied by some risks. The risks include:

Complications from the Anesthesia  - Before the operation, your wrist is made numb through the use of a local anesthesia. In rare cases, general anesthesia is needed. When general anesthesia is used, you are put into a deep sleep for the entire surgery. Anesthesia carries some risks, such as when a person is allergic to the anesthesia used. This is why you should give your doctor all the health-related information he or she needs. Give all the questions your doctor asks sufficient attention and thought so that you cover everything and all potential issues are identified.

Other complications that may arise from carpal tunnel release surgery include:

Recovery from carpal tunnel release surgery may take several weeks to months. Recovery may take longer if the nerve on the wrist is compressed for a long time during the operation. Getting physical therapy to strengthen your wrist and having your hand in a splint are included in the recovery process.

Carpal tunnel release surgery is an operation that is aimed at treating carpal tunnel syndrome when non-surgical treatments fail to. The main task of the procedure is to make room in the carpal tunnel when it has become too small, causing compression on your median nerve. It is a procedure with few risks and, although it causes pain and inconvenience, will ultimately relieve you of the unpleasant and debilitating symptoms of CTS.

How do cortisone injections work for carpal tunnel? 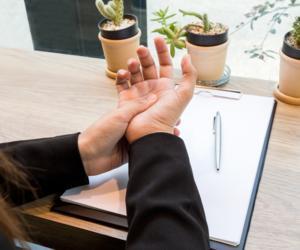 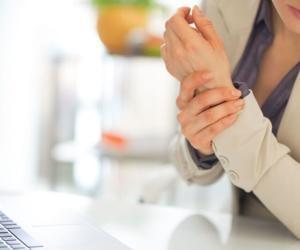 When I type on the computer I am having a pain in my...

I have been recently diagnosed with Carpal tunnel. Can this condition be treated?

How soon after surgery will I have mobility in fingers?

When I type on the computer I am having a pain in my wrist. What could be the reason?