Over the course of our four million or so years of evolution, we humans have developed a highly-specialized immune system that is quite a warrior in combating infections. We are bombarded daily by bacterial and viral pathogens which have the potential to cause us serious illness, but, completely unbeknownst to our conscious mind, our healthy immune systems are constantly waging war on these invaders, destroying them and protecting our bodies from disease. Largely ignored for the most part, it is only when our immune system gets compromised and we fall victim to a disease that we sit up and take notice. One of the main reasons HIV or the human immunodeficiency virus has gotten so much attention in the last twenty five years or so is because of its ability to completely obliterate the human immune system and leave a large number of the population vulnerable to all sorts of illnesses.

HIV stands for human immunodeficiency virus. This is a type of virus that attacks and slowly destroys the immune system of the patient. The virus is believed to have been discovered in 1970s. The virus also causes HIV-infection. 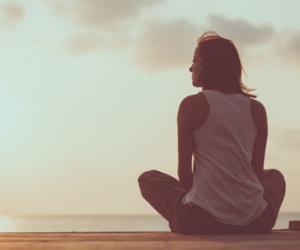 HIV infection is a lifelong condition. There is no known cure as of now, and because it destroys the very defense mechanism of the body, the infected individual is unable to fight the virus on his or her own. Therefore, once you have been infected with HIV, the virus remains in your system for life.

Once HIV gets into the body, it starts developing slowly from one stage to another. It develops by replicating itself within the body as it replaces the CD4+ cells. Towards the last stage, HIV causes AIDS (acquired immunodeficiency syndrome).This happens when the number of CD4+ cells is very low. The body is left weak to infections of all kinds.

There are two different types of HIV.

Where Did HIV Originate?

It is believed to have originated in chimpanzees in Central Africa. Scientists state that a certain type of chimpanzee carried the virus, which was then transmitted to those hunters who ate their meat and came to contact with their blood.
It is believed that chimpanzees carried a different version of the infection--simian immunodeficiency virus/SIV--which later mutated into HIV.

HIV is known to progress through three stages after getting into the body of a human being. This happens when a patient does not receive treatment to slow down the progression.

As mentioned above, AIDS is a condition that develops in the later stages of HIV infection. AIDS is characterized by a severely compromised immune system. Besides infecting the CD4+ cells which are a type of T cell, HIV also infects other immune cells called macrophages and microglial cells. During the latency stage of the disease where the patient does not show any symptoms, the virus slowly multiplies and spreads throughout the body, critically weakening the immune system.

At this point of the disease, the patient is completely vulnerable to nearly every pathogen he or she comes in contact with, including other viruses, bacteria, and even fungal infections. The now-defenseless body falls victim to these pathogens that lead to severe illness. HIV and AIDS by themselves never kill an individual; it is the development of a secondary infection because of AIDS that usually proves fatal.

HIV: Does it Mean I Have AIDS?

How Can Someone Get HIV?

HIV is a virus that is contained in the bodily fluids of an infected person. Once these fluids mix with those of an uninfected person, then that person gets the virus.

These are the the ways that HIV can be transmitted:

Is there a cure for HIV?

How is HIV Diagnosed?