Morgellons disease, or fiber disease, is a mysterious skin disorder characterized by strange crawling or biting feeling on or under the skin and the presence of fibers under the skin. According to Centers for Disease Control and Prevention (CDC), Morgellons disease is considered to be a controversial and poorly understood disease that is not caused by infections or parasites. Some people consider this to be a kind of delusional parasitosis, and others call it unexplained dermopathy. The actual reason behind the skin disorder is unknown.

The most common symptoms of this disease include several uncomfortable sensations in the skin: 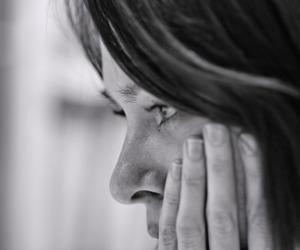 Signs, Symptoms, and Treatment of HPV

Some of the minor symptoms include:

This disease is found to be more common in middle-aged woman. Moreover, many of the affected people were found to be overly concerned about health and health-related issues. Some of them had symptoms of conditions like depression and drug abuse.

Studies and analysis of fibers obtained from patients affected by Morgellons disease shows that the fibers are cotton fibers from normal clothing. Studies indicate that sores are mostly caused by scratching the skin. It is still not clear whether this condition is a new disorder or not. Although it is not proved beyond doubt, there are suggestions that this skin condition is related to Lyme disease. There are few studies that show an association between hypothyroidism and symptoms of Morgellons disease. Many of those who have symptoms similar to that of Morgellons disease fail to accept any other explanations given for the same.

The following tips may be of help in alleviating the symptoms:

Many experts still believe that this is a specific condition that requires further research, while some are of the belief that the symptoms of Morgellons disease is caused by mental illness.

What causes your gums to bleed?

Is acupuncture effective for hip bursitis?

Is it okay if my mother just sleeps with her hearing...

More from FindATopDoc on Morgellons Disease

Are there any treatments for panic attacks?

Is it normal for anxiety to cause nausea?