Everyone who has had their cataracts removed surgically remembers how happy they felt when they finally regained their ability to see. The world all of a sudden became more lively and full of color. You began doing things you couldn't do when you had the cataracts. But then you began noticing your vision decreasing gradually. It could be secondary cataracts. But don't worry, because the YAG laser can be used to fix blurry vision caused by secondary cataracts.

If your vision becomes blurry after you have had surgery to remove cataracts, you may be suffering from secondary cataracts. You should consult with your eye doctor first, since many factors also contribute to vision reduction. 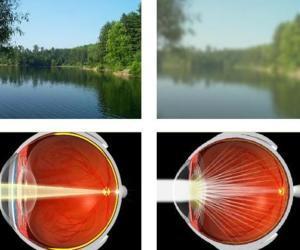 Blurring of the eye's lens is what is known as a cataract. In cataract surgery, you can compare the eye's lens with a potato that has been baked. At the time of the surgery, a tiny hole is made at the potato's top and the potato's inside is taken out, leaving behind a hollow skin. The lens implant is fitted in between and the skin functions as the implant's aid. The implanted lens can fall to the back of the eye if the skin is not left intact.

The lens membrane can wrinkle and become hazy at times. This is what is termed as a secondary cataract. The majority of individuals who get this often say their cataracts grew back. The reason for this is that your vision becomes cloudy again. You can however regain your vision by having an opening made in the middle of the cloudy skin using a YAG laser.  Done at the office of the surgeon, the procedure lasts for a maximum of 7 minutes and is never required again. The secondary cataract may develop months or even years after you have had your first cataract surgery.

Actual surgery is not required here, since the membrane is normally very thin. Without making an incision, the YAG laser makes a tiny hole in the membrane. Except for eye drops, no anesthesia is required in this operation. It is typically done at the surgeon’s office. You will recover your sight in minutes because the bursts of energy produced by the YAG laser vaporize the middle of the membrane. There are no chances that you will get an infection, since there is no incision made. There are potential side effects just like any other surgery. Pressure may increase in the eye. Retinal detachment may occur. Retinal conditions that are pre-existing like degeneration of macular may limit your vision. A full eye examination is recommended if your vision has deteriorated after you underwent cataract surgery. Your eye doctor will then decide if using the YAG laser will be effective in improving your sight.

What Are Congenital Cataracts?

My son is 3 years old and has developed cataract. What...

Is it safe to use Lastacaft eye drops after cataract...

Can my mother be operator for both cataract and glaucoma...

Problems with eyes after Cataract surgery

Should I Opt for Cataracts Surgery?