The swelling or inflammation of the lining of the sinuses is what is called sinusitis or sinus infection. The sinuses are filled with air if they are healthy but in some cases, they can be blocked and filled with fluid and germs which end up causing infection.

Blockage of the sinuses is due to any of the following conditions: 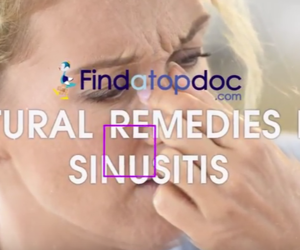 • Flushing the nasal passages: For thinning and flushing...

Comparison of Chronic and Acute Sinusitis

Acute sinusitis lasts for only a short period, from 4 days to 4 weeks. It is mainly caused by a cold and allergens. Chronic sinusitis, on the other hand, lasts for 12 weeks or more.

Most of the signs and symptoms of the sinus infection are seen in the acute as well as chronic forms of sinusitis. It is advisable that you visit the doctor and know whether you have an infection and require treatment.

The most common symptom of sinusitis is pain. A person has sinuses which are located either above or below and even behind the nose. If you have a sinus infection, they can cause pain. If they are inflamed and swollen, they will ache. There will be pain in the forehead or the sides of the nose, teeth, jaws, and eyes. Such symptoms may give you a headache.

An infection of the sinus makes one feel the urge to blow one's nose due to a greenish-yellow discharge. The discharge is because of the infected sinuses, and they drain into the passages of the nasal system. It is also possible for the discharge to bypass the nose and go down to the throat. It makes one feel either an itch or a tickle in the throat. It is known as postnasal drip, and having it can also cause coughing especially during the night when you are sleeping and in the morning once you wake up. There is the possibility that your voice becomes hoarse.

If the sinuses are inflamed, they may cause restriction of your breath through obstructions in the breathing system. An infection causes the swelling of the sinuses and the nasal system. It may not be possible for you to either smell or taste anything because of the congestion of the nasal passage. The voice will be restrained and can become raspy.

If the discharge that comes from the sinuses drains into the throat, you will experience irritation, especially if the discharge drains into the throat for an extended period. It leads to an annoying non-stop cough that worsens when you are asleep and in the morning when you wake up. You may likely not sleep well. It is advisable that you sit upright to reduce the coughing.

If you have postnasal drip, then you may also experience aching of the throat. It can get worse even after having begun as just an annoying tickle. If the infection continues for weeks, there will be mucus which causes irritation and inflammation of the throat. The throat becomes painful and your voice becomes hoarse as well. 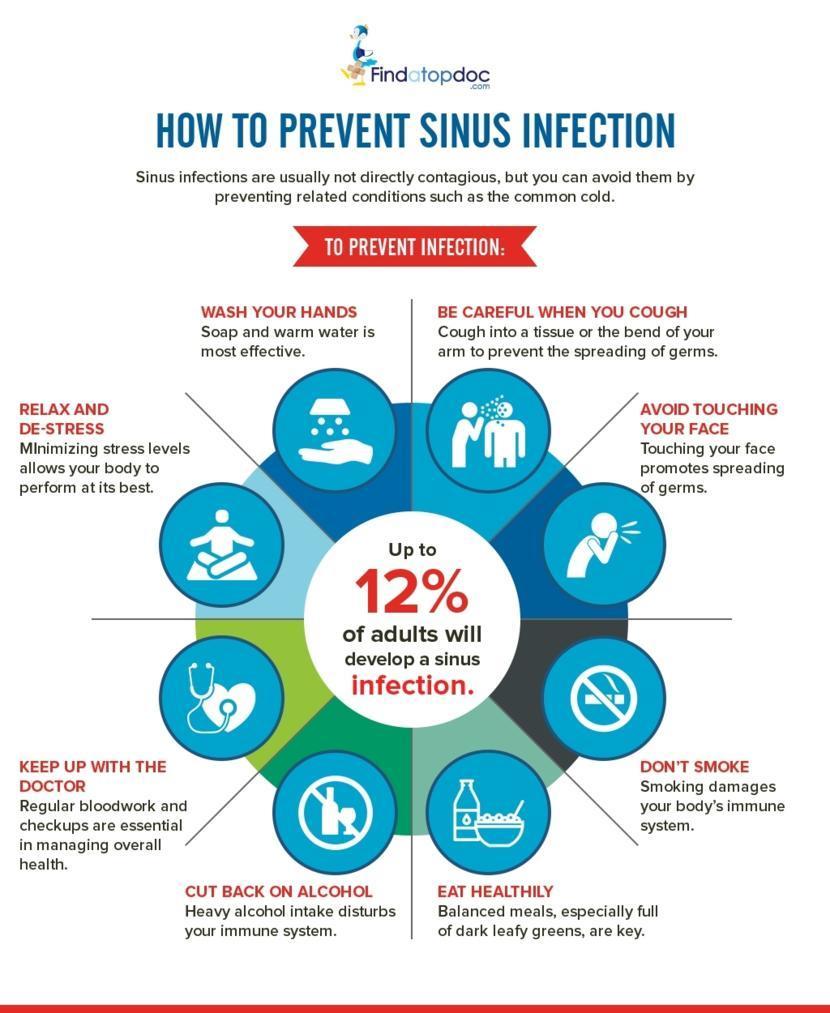 When You Should See a Doctor

In case you have a sinus infection and fever that do not go away and continue for weeks, you should visit the doctor. If you have sinusitis, fever is not a symptom that is typical, but it can be present. There may also be factors that cause a chronic infection, and they need special attention.

For immediate and short-term relief of the pain that comes with a sinus infection, you can use a nasal decongestant spray, which can be either phenylephrine or oxymetazoline. However, it should not be used continuously for more than 10-14 days because it can have side effects. In fact, if used for a long time, then the usage can make the symptoms even worse.

You can also use a steroid nasal spray such as mometasone or fluticasone to relieve the pain caused by the infection. These do not have rebound effects. Other helpful drugs are antihistamines as well as decongestants. The most-used medicines include the following;

Note also that if you use the above decongestants for periods of between 10 and 14 days, there may be side effects. It is good to consult your doctor before you start using the drugs so that you can be sure you are not allergic to them and that they are effective in treating your sinusitis.

Other mixtures that can be used are herb combinations that can cure sinusitis. There are also over-the-counter drugs that can be helpful. They contain herbs such as sorrel, verbena, cowslip, gentian root, and elderflower. If you decide to mix an herbal remedy on your own, then be careful not to use too little or too much of these ingredients since they can have side effects.

Chronic sinusitis in most times is treated using antibiotics such as amoxicillin. Do not just use these drugs without consulting the doctor; there can be side effects associated with such drugs. If you have persistent symptoms, ask your doctor before using any antibiotic.

If you want to prevent sinusitis, then you should avoid things that irritate the nose. Chemicals, cigarette smoke, cleaning supplies, and allergens are some of the things you can avoid. Make sure your hands are thoroughly washed so that you do not touch your face with hands that carry bacteria.

With proper medication, acute sinusitis goes away after either one or two weeks. On the other hand, chronic sinusitis can be persistent and it should be given proper attention. There are so many ways of treating either acute or chronic sinusitis and seeing your doctor is one of the best ways to ensure that you get a lasting solution.

Is a Sinus Infection Contagious?

I had a balloon sinuplasty and symptoms are coming... 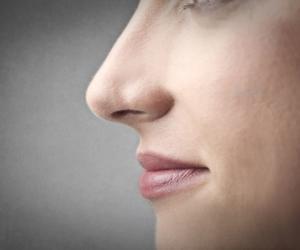 Can Sinusitis Cause Vomiting? 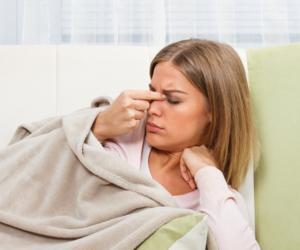 What are the Treatment Options for Sinusitis?

Can sinusitis cause hearing impairment?

What is Sinusitis? Get the Facts