Named after Los Angeles Dodgers pitcher, Tommy John, who took up this new procedure to repair his affected elbow, this surgery is common among athletes to correct a ligament that is injured. Also known as ulnar collateral ligament (UCL reconstruction), the injured ligament is replaced with a tendon obtained from some other part of the body. Although many new procedures have been developed for reconstruction of UCL, Tommy John Surgery still remains a very popular treatment method for correcting an injured ligament for many athletes. This is particularly because of the importance of this ligament, an injury that affects the performance of the athlete with respect to both speed and force.

The UCL is the ligament that connects the bones of the upper arm with the forearm. Repeated stress to this ligament or trauma results in ligament injury and is more common among athletes who throw or do throwing motions. Throwing results in continuous stress on the ligament, which may later lead to a ligament tear. Some of the events that are associated with increased risk of this injury include javelin, gymnastics, soft ball, wrestling, and tennis.

The most common symptoms of UCL injury include:

This may affect the day-to-day activities of life and also exercising and lifting weights. In most cases, those with UCL injuries are treated with conventional methods, including cold compresses, rest, and pain killers, like non-steroidal anti-inflammatory drugs (NSAIDs). Physical therapy is often recommended to recover the strength of the muscles. In severe cases, doctors may suggest immediate surgery.

Surgery is mostly recommended for those who do not respond to conventional drugs and treatments. It is also suggested for those who are interested in continuing the sports events. In this procedure, the injured ligament is replaced with tendon taken from areas like forearm, wrists, hip, knee, hamstring and foot. Pieces of old ligament may be added to the new tendon to provide additional strength.

This surgery is not free from some risks. This includes nerve problems, graft stretching and graft rupturing which are corrected by additional surgeries. Very strenuous rehabilitation is often required for those who undergo this surgery and for them to return to action and this may take up to two years for complete recovery.

Are honey eye drops bad for the eyes?

Can you walk with a dislocated ankle? 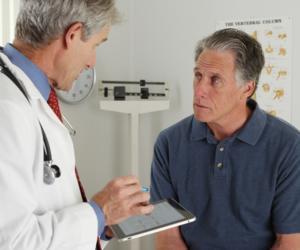 What is the recovery like from tommy john surgery?

How long is the recovery from Tommy John surgery?

How long is the recovery from Tommy John surgery?

What is the recovery like from tommy john surgery?