A lung biopsy is a medical procedure which involves removal of a small piece of lung tissue to examine it closely under a powerful microscope. Lung biopsy can be done in 4 different ways. However, the method used depends solely on the overall body health and the place of the lung where the sample is to be taken. The methods include:

How long does it take for nausea from radiation to...

How to prepare for a lung biopsy

These are the things you should do in preparation for your lung biopsy:

Special concerns you must know!

The major and commonly used biopsies of the lung include needle and open biopsy. Below are what you should expect during each of the procedures.

Risks and side effects

Lung biopsy is a perfect procedure which can be used to diagnose any hidden condition in the lungs. After the tissue samples are taken by either open or needle biopsy, they are sent to a pathologist for physical examination. The samples may also be sent to a microbiologist for culturing of any infectious microorganisms. In general, lung biopsy results in a definitive diagnosis.

I have to undergo chemotherapy for lung cancer. What...

Is it Lung Cancer or COPD?

More from FindATopDoc on Lung Biopsy

Can a pneumonia cause lung cancer? 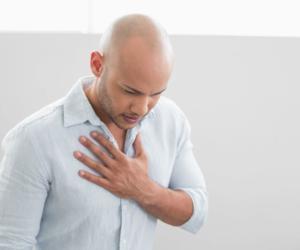 What Are the Early Signs of Lung Cancer?

What Are the Early Signs of Lung Cancer?