All you need to know about a unique cough that could spell A-S-T-H-M-A.

The cough that simply refuses to go away, which stays uninvited for six weeks or more, transforming into a chronic problem that may be hiding serious internal issues, would be an asthma cough. It will nag you, it will persist, and it will rob you of your peace of mind. The distress that coughing brings in its wake is a sad new story. Cough-variant asthma is a type of asthma in which the main symptom is a dry, non-productive cough. People with cough-variant asthma often have no other typical asthma symptoms, such as wheezing or shortness of breath. People with cough-variant asthma often notice that their coughing increases when they are exposed to asthma triggers or allergy-causing substances, like dust or strong fragrances, or when they are in cold air. Any individual can get cough-variant asthma at any time, but it is common in young kids with childhood asthma. Cough-variant asthma may lead to development of ‘classic’ asthma with symptoms that may include shortness of breath and wheezing. To avoid these symptoms, it is best advised to follow a strict pattern of diet and medication. 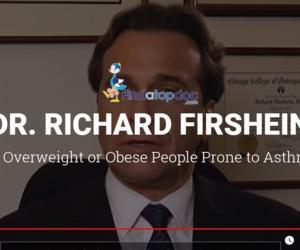 Are Overweight or Obese People More Prone to Asthma?...

How Asthma Coughing Indicates its Presence

Linking a cough to asthma is not easy, because the telltale signs like breathlessness, wheezing, and chest pain might not be evident at first glance. While coughing in people with asthma can be helpful because it’s one of the body’s natural defense mechanisms of expelling phlegm and mucus from the lungs, in most cases of asthma, cough is also considered as nonproductive. In other words, it’s a dry cough. If the following symptoms emphasize the persistence of coughing and take you into the sixth week of misery or beyond, you need specialized medical care.

The following may be signs of asthma:

The following conditions are not directly related to asthma, but they can still indicate its presence:

The Reason Why Asthma Provokes Coughing

In a normal lung, air flows unimpeded through the air passages called bronchioles, and the surface tissues exchange carbon dioxide for oxygen that is inhaled. But in a damaged or diseased lung, the surface tissues get inflamed and start secreting mucus exceeding their capacity. Simultaneously, the muscles lining the walls of the passages tighten, causing the airways to constrict.

Overall, we are confronted with a situation where it becomes increasingly difficult for air to squeeze in and out of the lung. This creates an oxygen deficit in the tissues and leads to fatigue and listlessness, which slows down blood circulation.

Coughing is the lung’s natural reaction, its last ditch effort to throw out excess phlegm and allergens like particulate matter and clear the air passages to facilitate breathing.

Assessing the Severity of Asthma Coughing and Reducing the Distress

We have seen that asthma coughing is the lung’s response to a large-scale reduction in its breathing efficiency. For patients six years and above, the doctor determines the level of damage using a Lung Function Test (LFT). This test clearly indicates the degree to which the lung has been affected. It also gives the doctor an idea as to how effective a particular treatment regimen will be. Treatment will be symptomatic and aimed at reducing lung inflammation, and it induces the relaxation of the wall muscles to prevent constriction of air passages. The airway muscles will be encouraged to expand, thereby increasing the space for passage of air.

Controller medications are the most commonly used treatments for asthma. Quick-relief inhalers are also prescribed by the doctor in case of wheezing and coughing flare-ups. According to a study, quick-relief inhalers are generally meant to be used once or twice a week. Generally, the doctor would prefer to follow a two-pronged approach in treating the asthma cough. The emergency lung blockage creating intense breathlessness would be tackled using strong beta-agonists that generate faster results. The walls and cells lining the air passages will be treated for inflammation over a longer period, employing corticosteroids ingested through inhalers and nebulizers. This prevents asthma from creating life-threatening situations.

Without a Cure in Sight, the Least You can Do is Prevent Triggers from Provoking the Asthma Cough

Since over 80% of asthma is brought on by environmental allergens, you would be doing yourself a lot of good by avoiding the following irritants:

Mistaking the asthma cough for something routine would be a huge mistake. If it’s a chronic condition that remains neglected, you could open yourself to serious lung damage. The well-thought-out asthma action plan could end up saving your life, promising you a new lease on life that could be more fulfilling. Cough-variant asthma is treated in the same way that typical asthma is treated, where you may be given an asthma inhaler with albuterol, ipratropium, and inhaled steroids. Following proper medication procedures will show you a gradual improvement in your asthma symptoms over six to eight weeks.

If you ever feel that you might be suffering from an asthma cough, it is crucial to get in touch with a medical expert.

What Is Asthma: Get the Facts

What are the lung exercises you would recommend for... 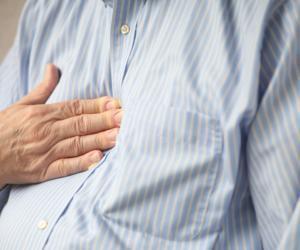 Can Asthma Develop in Adulthood?

What should I do if my daughter has an asthma attack?

Can asthma impact the lungs in the long run?