What is a migraine?

A migraine is a condition that is categorized as severe pain in the head. A migraine is when a person suffers a severe headache which lasts for a long period of time. The headache pains are mostly felt on one or both sides of the head. People also experience pain around the inner side of the eyes and the ears.

Migraine pain can last a long time, sometimes up to 72 hours. They can attack any person and at any time. A migraine headache is so painful, that it often comes along with resulting symptoms. These symptoms may occur before or after the headache first comes on. The symptoms may include nausea, vomiting, bad taste in the mouth, body weakness, loss of balance and abdominal pains. 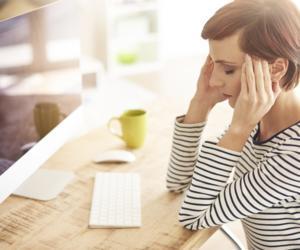 Migraines also cause increased sensitivity to light, smell and sound. They can be severely debilitating, preventing one from even the simplest of activity.

Migraines are unpredictable, painful, and in most cases lifelong, but with prompt medication and lifestyle changes they can be effectively managed. The severity of a migraine differs from person to person. Though most migraine sufferers complain of an attack almost every month, in some people the attacks are far and few between. It has been observed that migraines fade with time and as you grow older the frequency and intensity lessens. In some rare cases, migraines can be a symptom of a life-threatening disease or condition, so it is important that you discuss your symptoms with a doctor.

How do migraines occur?

People suffering from migraines experience sensitivity to light, which worsens the symptoms that are caused by migraines. This is because the eyes contain nerves that connect to the brain.

Exposure to light has been known to aggravate and worsen migraine symptoms. Often people who suffer from migraines seek relief by going into a dark room or wearing sunglasses to shield their eyes.

These are also called ophthalmic, retinal, visual or monocular migraines. They cause blindness or loss of vision in one of the eyes, which mostly lasts for around one hour or more. It is a rare form of migraine that affects about one out of 200 people who suffer from these headaches. These symptoms are sometimes attributed to other conditions.

Migraines may also cause visual aura. This refers to symptoms before a headache such as vision problems where you see blind spots and flashes of light. The symptoms appear in both eyes. Aura occurs mostly in regular cases of migraines.

A large number of people who suffer from migraines are also extremely sensitive to bright lights, a condition also known as photophobia.

Typically people suffering from ocular migraines have a family history of migraines. It is a less common type of a migraine that occurs primarily in young women.

If you are experiencing an ocular migraine, you may have the following symptoms:

Given that the symptoms of ocular migraines are similar to many other disorders, diagnosis has usually arrived at only after ruling out all other possibilities.

Any vision problems, black spots, blurriness or sudden flashes must be discussed with a doctor immediately, even if the symptoms disappear in a few seconds. It could be a sign of an underlying medical emergency.

Although rare, people suffering from ocular migraines may be at risk of developing permanent damage and losing vision in one eye. The exact cause of an ocular migraine is not yet clear and in some cases the condition disappears on its own.

How do I prevent high sensitivity to light

If you have migraines, the best way to treat or avoid high sensitivity to light (photophobia) is by treating the migraine itself. People having migraines can use painkillers to relieve symptoms caused by the condition. The following are useful ways of reducing your migraine symptoms:

In the case of a sudden ocular migraine, it is best to stop what you are doing and rest your eyes until the symptoms subside and your vision comes back to normal. Ensure you do not strain your eyes.

If you are experiencing migraines and severe vision problems such as having blind spots in your vision and high sensitivity to light, then you should start treating your condition immediately. If the symptoms persist, then you should seek a doctor’s attention to avoid further effects.

People experiencing high sensitivity to light when suffering from a migraine should also get tested for ocular migraines. Such conditions if not treated may lead to blindness. If you can treat your migraine, then you can treat the photophobia condition that is also experienced.

Ocular or retinal migraines, though rare, can be severely incapacitating so immediate action is critical. Avoid constant exposure to light and ensure you give your eyes enough rest through the day.

I've been suffering from migraines for the past 3 years....

Why is my 6-year-old getting migraines?

How Are Migraines Diagnosed?

Are migraines in children serious?

What is the best medication for migraines? 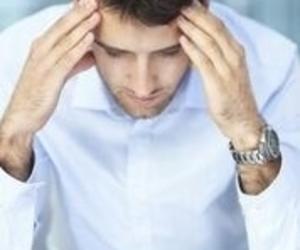 Do I Have Migraines?

What is the best medication for migraines?

5 Tips for Living with Migraines