When people think about those with autism spectrum disorder, they sometimes consider them weak and unable to participate in activities that others can; however, Steven Moul has proven that this could not be farther from the truth.
As a contestant on American Ninja Warrior, he has shown that those with autism can do anything they put their minds to, just like anyone else.

Steven is 21 years old, and has autism spectrum disorder. He has two major areas of interest. One is American history, where he can recite all of the presidents in order, and the other is American Ninja Warrior. 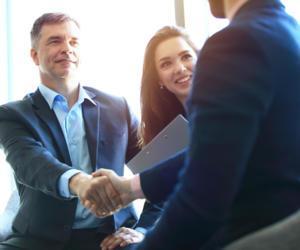 Steven has been a "super fan" of the show American Ninja Warrior ever since he was thirteen years old. Before he found the show, he had very little ambition and would simply spend his days on the computer. However, the show inspired him and it became his biggest wish to run the course.

He explains the benefit that the show brought to him, "American Ninja Warrior helps in coping with the difficulties that my autism can bring."

When the show heard his story, they knew they needed to have him on. He had to wait until he was 21, but when that time came, he was ready. This pushed Steven even further in his desire to be the best he could, and train his hardest.

Steven explains his reaction to when he heard he would be able to compete, "it means everything to me. It's been my dream ever since I thought I could be on there. Then I just got so into it and now I'm just stoked. It's so exciting and everything - wow."

His mom, Deborah Moul, says, "there's been ups and downs, it's been hard trying to get him through school. Before he was just mainly on the computer. Now, he's out and about. He's jumping around the house, he has a pullup bar in his doorway. I don't think I'll be able to hold back the tears at seeing Steven having his dreams fulfilled."

When the day came for Steven to compete at the Kansas City Qualifiers of Season 7, his mother was correct and did begin to sob. But through the tears, she and her husband were there to support him. However, she was not alone. Many in the audience were extremely emotional, as they were aware of what it meant to Steven. They were on their feet cheering him on throughout the course.

Among those in the crowd were Bryan Arnold and Noah Kaufman, two of the most accomplished veteran warriors. They offered their encouragement to Steven and were behind him all the way.

Steven did an excellent job throughout the first portion of the course, but in the "Big Dipper" he did come up short. This doesn't mean that he was not successful, though. This was still a dream come true for him, and he did a great job.
Autism effects how Steven is able to act in social settings, but coming onto the show smiling and brave, in front of millions of people, was an inspiration to many.

About a year later, Steven came back to watch American Ninja Warrior and was greeted by hundreds of fans. One of those fans was Matt Iseman, the host of the show.

Matt recalls Steven's performance on the course, "his run was one of the most emotional we've had, even though he went out on the second obstacle. His smile and his parents seeing his joy ... awesome."

When Matt spoke to Steven, he asked him what it was like after becoming an American Ninja Warrior celebrity. Steven responded, "I was amazed, so many messages of support and everything, I was just blown away."

While his participation in the show began as a passion project, he had no idea how much he would mean to others across the nation. He has become a massive source of inspiration for other families who have children with autism. When Matt asked him what the one thing he would like to say to those families would be, or one thing he learned from the experience, he responded, "just keep persevering, even in the face of obstacles you can still overcome them and accomplish your personal goals and keep fighting for them. Keep fighting.

Matt is one of the many who is inspired by Steven, and even stated, "he shows that you don't have to hit the buzzer to truly earn the title of American Ninja Warrior."

What does Steven think about the experience today? Well, his twitter bio says it all, "American Ninja Warrior 7 and 9 participant and determined more than ever now not to let my autism stop me from improving myself both physically and mentally."

American Ninja Warrior as an inspiration

While American Ninja Warrior was Steven's initial inspiration, and helped him to reach outside his comfort zone and become more physically active, he is not the only person that the show has affected.

A young boy by the name of Zack has a brother with autism, and he is also enamored by the show. His mother explains that he is often infatuated with televised competitions such as Ninja Warrior, although he has a goal of completing the INSANITY workout video series, somewhat like Steven's goal.

However, his mother points out why she approves of her son watching the show. She jokes that it's threat-friendly (if he is doing something she doesn't approve of, she can threaten that he won't be able to watch the next episode). She also mentions that it is a lot more fun to watch than Full House or pretty much anything available on Nick Jr. On a cuter level, she gets to listen to his many attempts of pronouncing Mt. Midoriyama.

But on a more serious level, there are real benefits that she sees from her son watching the show. She explains that Vincente King is an autistic contestant seen on the Miami episode, who Zack loved. She says that he knows that those with autism, like his brother, can be effective and successful in a variety of arenas, but he has never seen anyone with autism be so powerful in something that he is obsessed with, like the show.

She references one of the times that they were watching the show together. She heard Zack screaming "I know this! I know this!" at the television, when Vincente's mother, in a back story interview, explained the difficulties Vincente experiences when he attempts to make friends due to communication obstacles.

She was happy to see that her son was so proud of knowing about autism because of his brother. She was even more happy when she heard his reaction after Vincente became disqualified, "I'm proud of him for even getting to American Ninja Warrior and he only made one mistake! That's awesome."

By giving those with autism a platform to become respected celebrities, American Ninja Warrior is adding to the awareness needed across the nation.

Knowing how many people with autism look up to the show, American Ninja Warrior has decided to give back with an Autism Awareness Event. Children from ages 15-21 who have autism or other disabilities can participate in a "sensory friendly" obstacle course that was specifically designed by previous contestants! Who knows, maybe they'll find the next Steven Moul or Vincente King!

The Best Ways to Approach Sports for Children with... 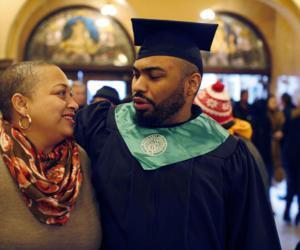 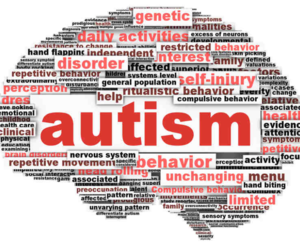 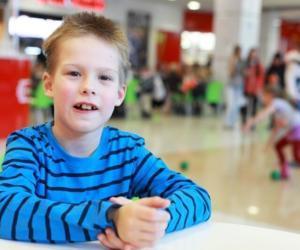 Communicating With Those Who Have Autism: A Reminder for Healthcare Professionals