Analysis of data from the famous Framingham Heart Study showed that friends, relatives and others with whom you hang out with decide how much of alcohol you drink, if you drink alcohol. In this study, 12,067 people were followed up for more than 30 years to study the association between lifestyle habits and various diseases.

According to Nicholas Christakis, MD, PhD, professor of medicine at Harvard University, this finding shows the influence of friends and other people on the health and this influence is as much as family history or genetic background. With respect to alcohol intake, social surroundings of a person may have both positive and negative influences, depending on the consequences.

The results of the study very clearly showed that the alcohol intake of participants changed over a period of time with their contacts. This influence may have implications in many clinical and health interventions. Thus, social networks could be used to develop more positive health behaviors and support group interventions. According to Christakis, drinking is a public health and clinical problem that involves a group of interconnected people who evince shared behaviors.

In the Framingham Heart Study participants were asked to report about alcohol consumption periodically between 1971 and 2003. The data was later analyzed to look at the pattern between the participants drinking habits, and its influence on others in the social networks.

The results showed that:

The researchers feel that the findings are important as alcohol consumption influences the health. Alcohol intake may also depend on genes and other biological factors. It is the social factors that generally make people worry when their children have friends who drink. Some studies have shown that in addition to alcohol consumption, smoking, obesity, and sexually transmitted disease also travel in social networks.

What are the guidelines for recommending psychiatric... 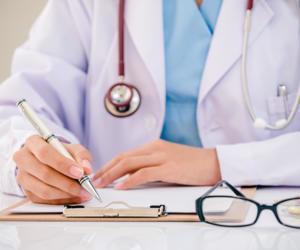 What are the key challenges in the everyday life of...

Is obsessing over the risk of infection a psychological...

How can I naturally deal with depression?

The Cost of Mental Health Care in Canada

What is the best way to help bipolar children?