The impact of alcohol on health is widely debated, and now many want to know how these questions are altered in regards to rheumatoid arthritis.

Is drinking with RA a problem?

We've all heard from a young age that everything in moderation is fine - even drinking. Some even go as far to say that it can be healthy to have a glass of wine at dinner. But do these common beliefs alter when you have rheumatoid arthritis?

Well, Dr. Sean Whelton is a rheumatologist at Medstar Georgetown University Hospital, and he says, "in and of itself there's no problem with moderate amounts of alcohol if you have rheumatoid arthritis. The problem comes when you're taking certain medications."

So, in general it's still alright to be involved in that toast with your friends and family, but only if you've already approved the types of medications you're taking and their interactions with alcohol.

Anyone with RA knows that attacks can come periodically and sometimes at unexpected moments. As a result, fatigue and low-grade fevers can occur. Of course, if you are experiencing any of these symptoms - regardless of your medications - do not drink. Alcohol will exacerbate the conditions already occurring and in some cases may be dangerous, causing a fever to rise, or for fatigue to become something more serious such as lightheadedness, which could result in a fall.

However, if you are not experiencing a flare-up, then just make sure to check in with your prescription medications. Usually, those with RA will be taking methotrexate, which is also referred to as Rheumatrex or Folex. This is a DMARD, or disease-modifying antirheumatic drug, and can limit inflammation and the intensification of RA.

If you, like thousands of others with RA, are taking methotrexate, doctors state that alcohol should be avoided entirely. This is due to the fact that it is broken down in the liver, which means negative reactions could occur as a result.

Another DMARD that is commonly taken is leflunomide, or Arava. Like methotrexate, drinking alcohol while using this DMARD would also be considered a bad idea. Martin also explains his views on mixing alcohol with leflunomide, "on average, it's known to have slightly more risk of liver toxicity than other medications." Let's face it, these kind of effects are not worth the risk.

So, are you on a DMARD that isn't methotrexate or leflunomide? Or are you taking another biologic RA medication like adalimumab or etanercept (also referred to as Humira and Enbrel)? These inhibit the immune system, and Whelton says, "they can be used safely in people who consume moderate amounts of alcohol."

What is considered moderate?

If you are one of those patients with RA who take various DMARDs or biologic RA medications that allow you to consume moderate amounts of alcohol, you might be wondering what that means. How much is moderate, exactly? Well, according to the Dietary Guidelines for Americans, moderate drinking is having no more than one drink per day for women or two drinks for men. What is a drink considered? 1 ounce of liquor, 5 ounces of wine, or 12 ounces of beer constitutes "one drink."

What about other drugs?

Of course, there are also many other drugs taken to ease the pain of RA, often administered over-the-counter. Many believe that because they do not require a prescription that alcohol use should not be a problem, but this is not always the case.

Nonsteroidal anti-inflammatory drugs, sometimes referred to as NSAIDs, are used to relieve the pain and swelling associated with RA. Some of the most common NSAIDs are ibuprofen or naproxen, more commonly referred to as Advil or Aleve. Those who use these drugs for prolonged amounts of time are susceptible to certain conditions such as stomach bleeding, kidney problems, stomach inflammation, ulcers, stroke, heart attack, or high blood pressure.

Of course, when you incorporate alcohol into your regimen, these risks are heightened, which is certainly something to be avoided. Even if you have only been taking these medications for a few weeks, alcohol can pose a serious threat and should generally be avoided. This does not mean it is never permissible to drink, but it should not be a regular occurrence. Martin explains, "having one drink around the holidays while taking anti-inflammatories should be OK unless you have preexisting heartburn or known inflammation in the stomach lining." Of course, if these conditions are present, avoid alcohol entirely. Whelton agrees that there shouldn't be a problem with having one drink every once in a while, "my patients don't spontaneously combust if they have a drink ... but beware."

Other aspects to consider

Not only are medications reactors to alcohol for those with rheumatoid arthritis, but other effects must also be considered.

Those with RA are already exposed to higher chances of experiencing heart attacks or strokes, and excessive alcohol use is linked to heart disease. Again, use in moderation is crucial if one is going to drink.

You may already be suffering from disturbances in your sleep if you have RA, and alcohol may intensify these problems - even when consumed in moderation. Alcohol can often result in fragmented sleep, leading to issues with fatigue.

Osteoporosis is also common among those with RA, as the risk is significantly heightened. Alcohol also raises the risk. The condition leads to weak bones that are very brittle, so if you don't have osteoporosis already, you might want to stay away from the alcohol to keep your risk at bay.

Depression is common to experience for those who have rheumatoid arthritis, and drinking alcohol is known to intensify symptoms of depression. While many use alcohol and other substances as a coping mechanism for their preexisting depression, it only makes the condition worse in the long-run and should generally be avoided if you are experiencing these struggles.

Regardless of your medications or susceptibilities to other side effects, ensure that you are speaking openly with your doctor about your drinking to ensure that it is entirely safe.

Can alcohol be helpful?

Many believe that alcohol may offer some protection for those with RA, leading to a heightened desire for consumption. Martin comments on these references, "there's some evidence that a small amount of alcohol intake can decrease systemic inflammation." However, Whelton isn't quite in agreement on this one. He cites that there is not enough evidence available to promote alcohol consumption can offer any protection against rheumatoid arthritis, "decreasing inflammation to help with cardiovascular health is different than treating an immune system that's attacking joints. It's a different type of inflammation and a different intensity of inflammation."

So, if it doesn't interfere with your medication, feel free to have a glass of wine - but be sure to keep your intake low. 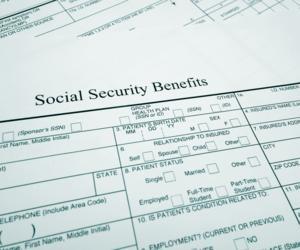 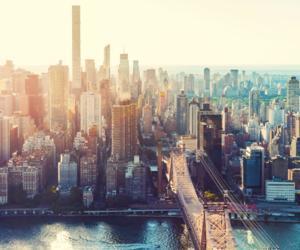 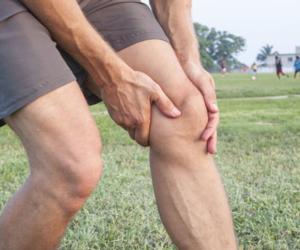 Rheumatoid Arthritis: What to Expect at a Visit with...

Can Menopause Lead to Rheumatoid Arthritis?

How can rheumatoid arthritis be managed?

I am taking natural medication for my RA. How long will the treatment take?