Alzheimer’s is one of the primary causes of age-related dementia, and it's typically characterized by the progressive loss of connectivity between brain cells and their death, leading not only to the loss of memory and cognition, but also difficulties in social interaction.

As the disease progresses, the majority of those living with dementia, increasingly become dependent on their caregivers, and their falling ability to communicate and behave becomes a significant hurdle in well-being. 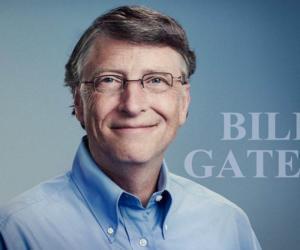 BPSD, which stands for Behavioral and Psychological Signs and Symptoms of Dementia, earlier or later would be an issue for everyone living with dementia. Some symptoms of BPSD are found in more than 90% of cases of dementia. In a small number, these symptoms can be quite severe.

BPSD symptoms increase with age as the disease progresses; they mostly peak when dementia becomes moderate. Psychological symptoms may include, anxiety, depression, mood swings, and even hallucinations and delusions. While behavioral changes may consist of wandering, agitation, restlessness, loud vocalization, and even physical aggression.

Use of aggression, physical abuse, or abusive language may all become overwhelming and difficult to tolerate for caregivers. In some cases, symptoms would pose a real threat to the safety of people nearby. Such patients cannot be left without additional medical attention. Thus, the question arises about what drugs should be used to help keep their psychological and behavioral problems in control.

Antipsychotic drugs are the medications approved for use in psychosis, schizophrenia, delusion, paranoia, bipolar disorder and so on. However, these drugs are not recommended for use in psychological issues related to dementia. The problem is that none of the drugs has ever been approved for this purpose. Why? The FDA has doubts about the effectiveness and safety of these drugs when used for psychosis related to dementia. In fact, extensive use of these drugs may lead to complications and a shortening of lifespan. Hence, their recommendation by doctors can be regarded as off-label use of antipsychotic medications.

The FDA and other organizations recommend that healthcare providers and caretakers should look for different ways to control these symptoms. In recent times, there has been an intense push to reduce their use in nursing homes, or to adults living in the community or at home.

Most professional organizations agree that benefits of antipsychotic drugs, at best are modest, while almost any use of antipsychotic medications is related to decreased lifespan and a higher number of complications. The American Association of Family Physicians (AAFP) recommend using pharmacological agents only as a last resort. It suggests that treatment should be a combination of both pharmacologic and nonpharmacologic modalities.

It is always best to start with non-pharmacological approaches, which include identifying the events that trigger the behavioral and psychological problems, providing regular meals, exercising, and sleeping, while treating constipation, infections and other health issues.

If a person with dementia is living in the community, the family must make efforts to keep a person busy and decrease their boredom. There are several ways to do it, like providing a person with a collection of favorite songs. Family members should spend more time with a person, create an activity plan, and increase daytime activities with a person to improve their quality of sleep. Aromatherapy or massage therapy may also help.

The Alzheimer’s Association provides some tips to prevent agitation like, creating a calm environment, move an agitated person to a secure and calm place with enough privacy. Noise or other irritants must also be eliminated, for some even television may act as a distraction. Also, it's important to provide maximum personal comfort to the patient by feeding them timely, treating constipation, helping with fatigue, treating skin for irritations and infections, and making sure that room temperature is comfortable. Occasionally, try to also take walks around the neighborhood with a person living with dementia, because it will increase their physical activity and social interaction.

If a person is agitated, listen carefully to their complaints and try to understand him or her the best that you can. Reassure them that everything around them is fine and help them find an outlet for emotions, by aiding them to be involved in physical activities, be it walking or going for a car ride. Finally, as a caregiver, share the experience with others and get professional advice whenever possible.

Though non-pharmacologic therapy is good, some situations may demand medications. AAFP recommends the strategy of “start low, go slow,” when using antipsychotic drugs in such patients. This means that the physician must start with the lowest dose, and increase the dose slowly until the effect is achieved. It recommends starting treatment with so-called atypical antipsychotics, as they are comparatively considered to be safe. Other safer drugs can be used as second or third line therapy, over a short period to improve symptoms, like antidepressants, anxiolytics, anticonvulsants, or anticholinesterase inhibitors.

It should also be understood that although antipsychotic drugs are not suitable for a person with dementia, some of them are quite safe, thus excluding them entirely from treatment options may also be a wrong choice. Research indicates that complications with atypical antipsychotics are rare, they have been only associated with slight increase in risk of death when compared with a placebo. Hence, the physician should consider them by considering various factors like comorbidity, the safety of alternatives, and so on.

In the end, it must be understood that antipsychotics in dementia are used temporarily. These medications are not required for an extended period. The reason is simple, dementia, whether due to Alzheimer’s or other causes, is progressive, and symptoms of psychosis would change as the disease progresses. Signs of agitation peak at the moderate phase of dementia, after that they start to decrease as a person again becomes calm. As dementia progresses, many of the patients would not even be strong enough to stand on their own. Hence, they stop being aggressive or posing a risk to the others.

Experts also emphasize that though BPSD is immensely common in dementia, only a small number of them would show signs of aggression and pose a danger to themselves or people around. Thus, the need for antipsychotic drugs would arise in at iny number of cases. As for the rest of them, BPSD is best managed through nonpharmacologic means. Since as the disease progresses, just any type of behavior ceases, not just BPSD. 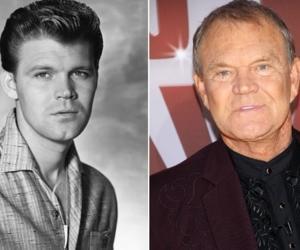 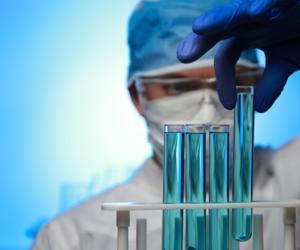 Talking to Someone at Different Stages of Alzheimer's

Alzheimer's: Writing on the Edge of Forgetfulness