Autism or autism spectrum disorder (ASD) is a medical condition in which a person has challenges with public behavior, speech, and non-verbal communication. Autism is a life-long developmental disability, and it affects people how people perceive the world and how they interact with other people and society at large. An autistic person’s behavior is repetitive and lacks social harmony and connection.

People should behave normally, encouragingly, and sympathetically with autistic people. People close to them should realize that an autistic person is not deliberately being aggressive or showing repetitive behavior. There is no standard and accountable treatment for autism yet, but with advancement in medical research and studies, we can hope for a cure for autism. 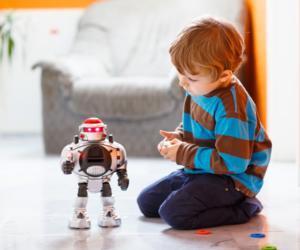 Can Robots Help Children with Autism in Ways that Humans...

Autism can be of many types, and it may not be limited to any one particular type of behavior. Autism is caused by many factors that are influenced by genetics and the environment of a person. The term spectrum denotes variations and deviations in challenges faced by a person having autism. Autism-related problems in a person can be detected as early as the age of 2 or 3 years by the parents. In certain cases, a child of 18 months can also show symptoms of autism and developmental issues.

Worldwide, 1-2 people out of 1000 are affected with autism. It occurs at a frequency of 5 times more in boys than in girls. The number of children affected worldwide shows a remarkable increase in 1980s, due to changes in the diagnosis definition. After 2012, in the United States of America, 30% more children are identified with autism. Autism is known by different diagnostic labels, such as autism, autism spectrum disorder (ASD), autism spectrum condition (ASC), classic autism, kanner autism, pervasive developmental disorder (PDD), high functioning autism (HFA), Asperger’s syndrome, and pathological demand avoidance; however, now autism spectrum disorder (ASD) is the most commonly used diagnostic and medical term.

Drugs used for treating aspects of autism, although not direct helping with the main symptoms of autism, help in relieving problems associated with autism, such as anxiety, sleeplessness or insomnia, and depression. It has also proved to give positive results and helped in solving a person’s other problems.

New research involving the biological system of human beings is indirectly also helping in the development of treatments for autism and gives new hope. This is encouraging news for the future of people affected with autism, as well as for their parents and associates.

How is autism caused?

Autism is caused by medical combinations of many factors, which can be genetic and environmental. There cannot be any specific reason that autism is caused. It can also result from brain abnormalities. The brain of an autistic person might be different in shape than that of a normal person. Autism can also be caused during pregnancy due to infections, like rubella, and it also can be caused by consumption of alcohol or cocaine by a pregnant woman.

Autism can also be caused by many other reasons, such as fragile X syndrome, which is an inherited disease, or by encephalitis. In encephalitis, the brain becomes swollen, which creates numerous problems, leading to autism. Autism causes alterations in the brain cells and in the synapses. Some medical practitioners believe that autism should not be considered a disease at all, but rather an alternative involving different behavior.

A person with autism spectrum may show few signs or all of the signs above.

How does autism lead to anxiety and depression?

As mentioned earlier, autistic people are unable to make social connections and interactions and are often shunned off from society. This leads to the autistic people experiencing depression, and it makes them feel incapable of achieving something in the world. In some cases of autism, because of their poor social skills, they are unable to develop friendships and have poor comfort levels socially.

They normally have “a dead pan” type of expression on their face, portraying the mental turmoil from within. Autistic persons might also have sleep disorders and might be suffering from insomnia. In their minds, they might also consider suicide as an option. Whenever they find the right time, they might try to take their lives. People with autism are unable to meet the social requirements and might react in an aggressive way, which leads to unfriendly behavior by other people toward them.

Many medical practitioners feel that autism is not a medical condition at all. They believe that every human tends to behave in a different way, and according to them, autistic persons are normal persons and are not suffering from any disorder. These practitioners believe that autistic people are behaving in a unique way. As for now, there is no standard treatment for curing autism spectrum disorder. However, its symptoms can be reduced by certain types of medicinal drugs and therapies.

Medicines or drugs for treating autism are effective when combined with psychiatric therapies. Medicines should not be used in isolation to treat autism, but rather they should be combined with other treatment methods, such as guidance therapies and many other types of therapies. The Food and Drug Administration (FDA) of America has approved true medicines for treating irritability and anxiety that are generally associated with autism. This is done by using risperidone and aripiprazole. Three core symptoms of autism are communication problems, social interaction problems, and repetitive behavior. These are unfortunately not very effectively being treated by drugs available in the market.

Few drugs are available in the market that relieve the symptoms in totality, and few options are available for doctors to relieve the symptoms in totality. Although risperidone and aripiprazole do not treat these core symptoms, these drugs benefit an autistic person by calming and reducing irritability, and thus indirectly reducing tantrums, anger, and self- deprecating behavior of an individual.

Many pharmaceutical companies and government agencies are now heavily researching drugs related to autism and are getting good results, thanks to new knowledge of biology, which is at the heart of autism symptoms. Many clinical trials are being conducted for such medicines and are showing some potential, which is good news for autistic patients and their family members.

A few experiments with several combinations and compounds are showing good potential, and thus we can hope that there will be a breakthrough in the treatment of autism in the future. Some medicines prescribed by medical practitioners are useful, although not directly related to autism symptoms. However, they are useful for symptoms induced by autism. Symptoms, such as attention deficit, hyperactivity (ADHD), lack of sleep and disturbed sleep patterns, anxiety, and depression, are relieved by such medicines that are not directly related to the treatment of autism.

These medicines or drugs, although not strictly for treating the core symptoms of autism, help or assist in providing patience and making patients feel better. Some medicine practitioners are prescribing selective serotonin re-uptake inhibitors (SSRIs) and fluoxetine, which are drugs for prevention of anxiety and depression and are not drugs for autism. Serotonin is a neurotransmitter found in the digestive system.

Serotonin helps in sending signals to the nerve cells. Although not many formal studies and clinical trials have taken place to show these drugs' effectiveness, these drugs are at least helping autistic people with much better social acceptance. These drugs are prescribed for adults, as well as for children, but their dosages remain a challenge to doctors in the absence of proper studies.

Some medical practitioners prescribe naltrexone for people affected with autism. Naltrexone, which is approved by authorities for curtailing repetitive and self-damaging behavior, is an accepted treatment for alcohol addiction and opium addiction, and thus it is not directly an autism drug. Dosage and frequency remain a challenge for medical practitioners and can vary according to each individual. The dosage has to be changed if some autistic people show resistance or higher tolerance, and therefore the dosage has to be adjusted accordingly.

An active approach should be taken by the parents of children having autism for dosage of these drugs. A medical practitioner should also work with the parents of children affected by autism, and a course of action should be decided, depending on the course that is best suited by such individuals, as not any single treatment would be effective for everybody. Government and NGO’s, as well as pharmaceutical companies, are researching new treatment methods, as they are being funded according to the new biological research. 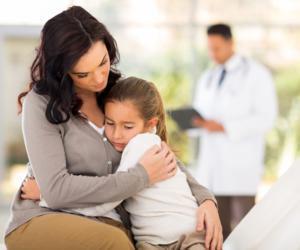 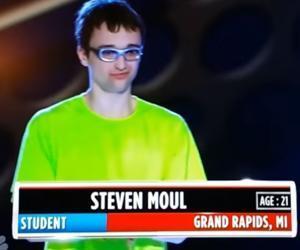 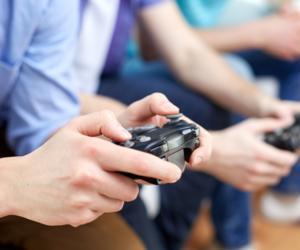 At Long Last - Corporations are Hiring More People on the Spectrum

Autism: Why It's Important to Consider Identity-First Language